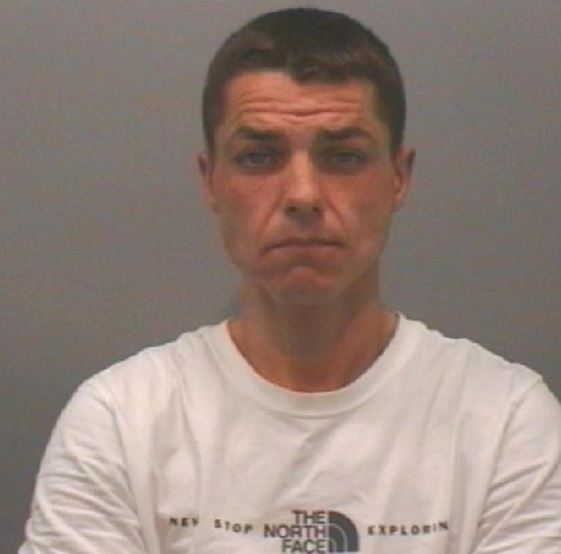 A serial burglar is behind bars after detectives discovered his DNA on the airbag of a stolen Audi.

On May 10 last year, Gary Hearn targeted a student property on Ashleigh Grove in Jesmond, stealing a range of items including a laptop, decks, a Bose speaker and a sports bag.

He then fled the scene at around 8.30pm in an Audi A4 belonging to one of the occupants.

Later that night, as he was driving around in the stolen vehicle, the 35-year-old crashed into a taxi while driving on Grasmere Avenue, Walker. But despite causing considerable damage to the Ford Tourneo, Hearn once again fled the scene.

In the meantime, the occupant of the Jesmond property had returned home to find his front door ajar and reported the burglary, with an investigation subsequently launched by officers.

It wasn’t long before detectives located the stolen Audi which had been abandoned on Parsons Avenue, Walker. The Force’s Scientific Support Unit swooped in and carried out forensic tests on the airbag – which came back as a match to Hearn.

Detective Sergeant David Lumsden, of Northumbria Police, said: “Hearn has shown himself to be nothing more than an opportunistic thief – he showed a blatant disregard for the law and for other people’s possessions.

“Burglary is an intrusive crime that can have a lasting impact on those who fall victim to it, as well as the wider community as a whole. That’s why we will continue to work hard every day to ensure criminals like Hearn are caught and brought to justice.”

Hearn, of Oban Gardens, Byker, appeared at Newcastle Crown Court on March 16 where he pleaded guilty to burglary and theft of a motor vehicle.

He was sentenced to 35 months behind bars.