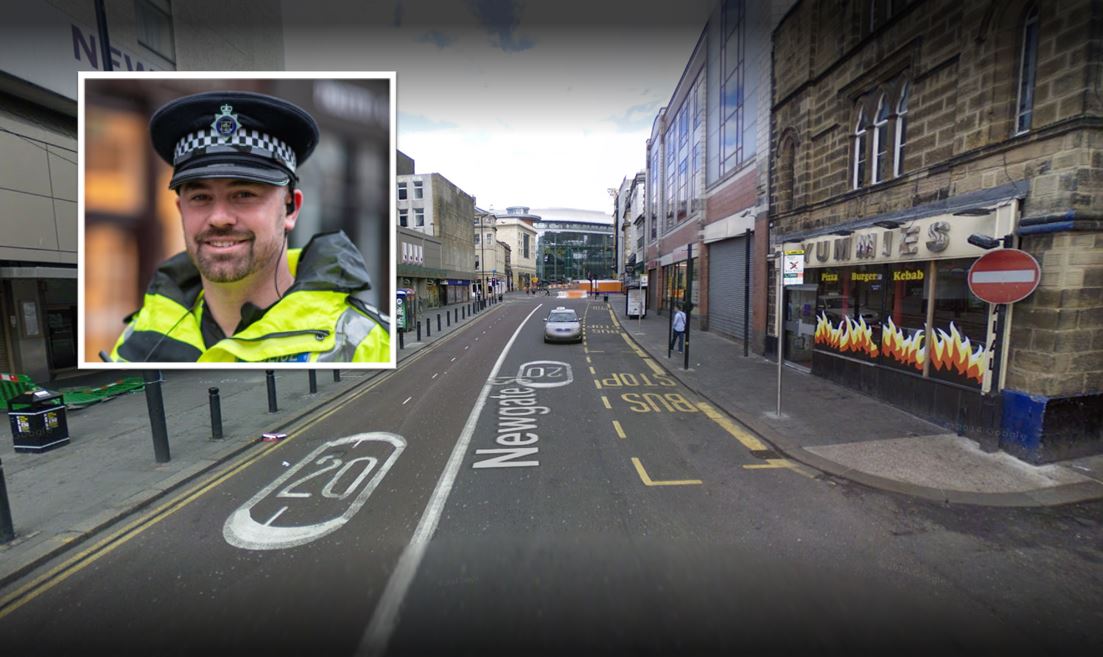 A suspected thief has been arrested thanks to the quick response of officers to reports a homeless man had been attacked in Newcastle .

At about 9.30pm last night police received a report that a 39-year-old man had been injured in an assault in the city centre.

Emergency services attended the scene and found the man had suffered a head injury after being attacked in a robbery on Newgate Street.

Two men had approached the man, who is homeless, and assaulted him before stealing his wallet.

He was taken to hospital with non-life threatening injuries and response officers at Northumbria Police launched an investigation.

They worked with CCTV camera operators in the city centre to trace anyone matching the descriptions of the offenders.

Police quickly got a lead and later that evening officers were able to track down one suspect in the city centre.

He was arrested on suspicion of robbery and enquiries are now ongoing to locate a second named suspect.

Chief Inspector Steve Wykes, who oversees policing in the city centre, has today praised those officers who responded.

He said: “These two men did not know their victim and we suspect they have preyed upon him because of his vulnerability.

“The victim has suffered nasty injuries but he is going to be okay and we are making sure he gets the necessary support.

“There is no place for violence on our streets and I am pleased to see we responded swiftly and robustly to this report.

“Those officers who attended the scene have worked closely with CCTV camera operators in the city centre to identify offenders.

“They have then done all they can to locate a suspect and that has resulted in someone coming into custody just three hours later.

“I want to praise them for their efforts and I hope it reassures those living in our region that you are in safe hands.”

The 38-year-old man arrested currently remains in police custody at this time.

Anyone who witnessed the assault, or has information that may assist police, is asked to call officers on 101 quoting log 1106 12/03/20.