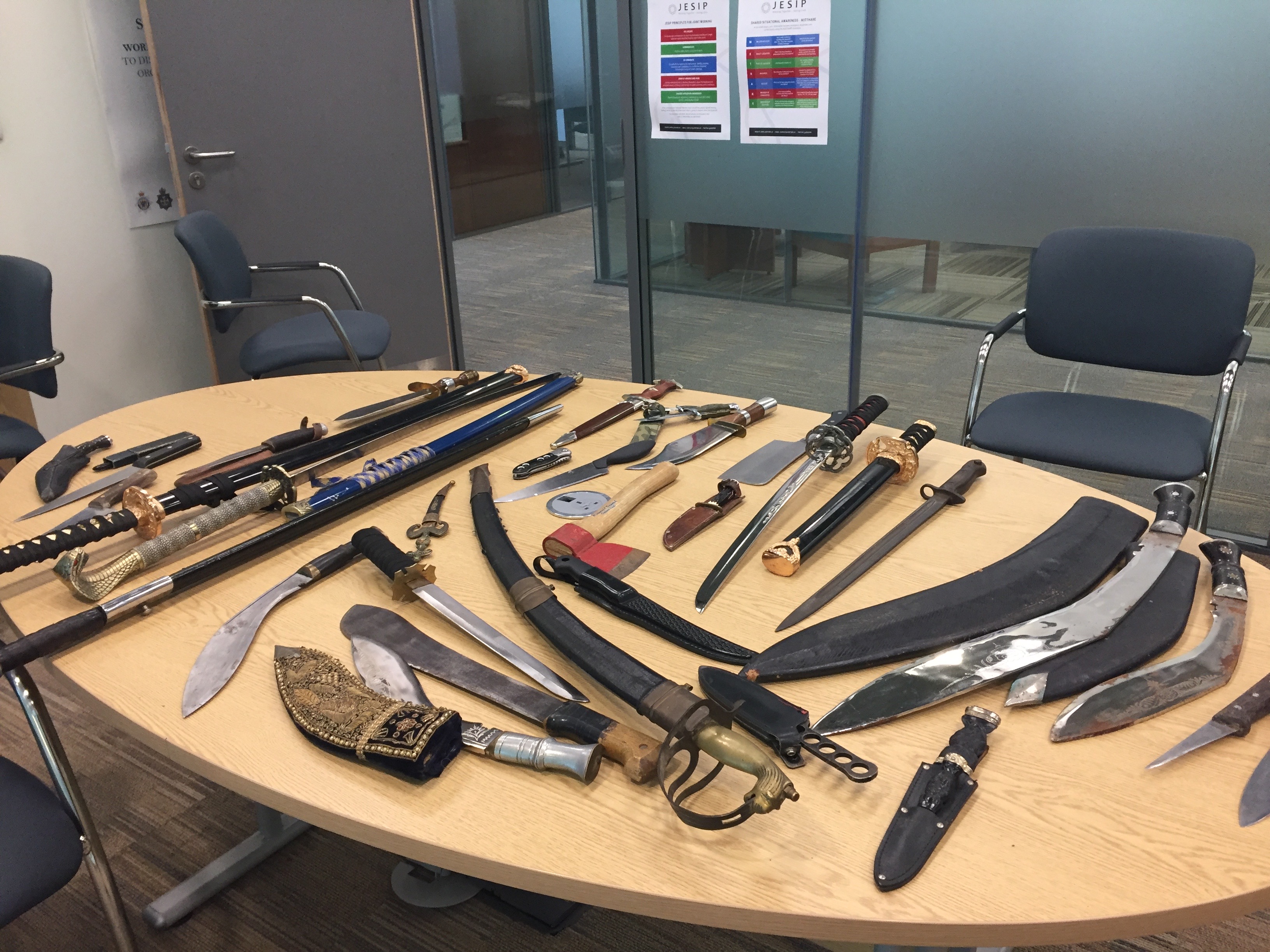 This week, we’re proudly supporting a national week of action in the fight against knife crime.

From today (Monday) we’ll be taking part in Operation Sceptre - a combined effort aimed at reducing the devastating effects knife crime can have on our communities.

We’ll be carrying out a range of targeted activity across our towns and cities – from weapons sweeps to extra patrols.

Detective Inspector John Connolly, from the Force’s Crime Department, said: "We have seen a number of high-profile cases and attacks involving knives across the country and we know this a growing concern.

“I would like to take this opportunity to reassure the people living in our communities that we take a very strong stance on knife crime and on all forms of serious violence.

“Operation Sceptre is not just one week of action but an extension of the relentless work our officers carry out as part of our dedicated drive to reduce the impact of knife crime in our communities.

“I would urge anybody who has any information about people going out with a weapon to come forward. Share that information with police, so we can act now.”

He added: “I would like to stress that our area continues to experience low levels of knife crime compared to other big cities across the country, but that said, we are not complacent and any incident is one too many. We are fully committed to making the streets we live and work as safe as we can.”

During the week of action last September, the Force recovered 326 blades – including knuckle duster knives, samurai swords, machetes and Gurkha knives and arrested 16 people who were wanted for weapons offences.

Police and Crime Commissioner for Northumbria, Kim McGuinness, said: “I’m delighted to see the force partaking in such initiatives – we know Northumbria is a safe place to live, but it is through Operations like this that we can reinforce our zero tolerance approach to knife crime.

“We have seen the devastating effects that knife crime can have on families, and we want to ensure that no other family has to experience that heartbreak. Carrying or using a knife should never be an option, and we are working hard to deliver a support network that ensures this is never what people turn to.

“My Violence Reduction Unit, along with Northumbria Police, will continue to work with communities and act on their concerns – Northumbria should be a place where everyone feels safe to live, visit and work. Through an early intervention and family support based approach, we hope that all individuals will be able to access the support they need, before ever considering picking up a knife.”