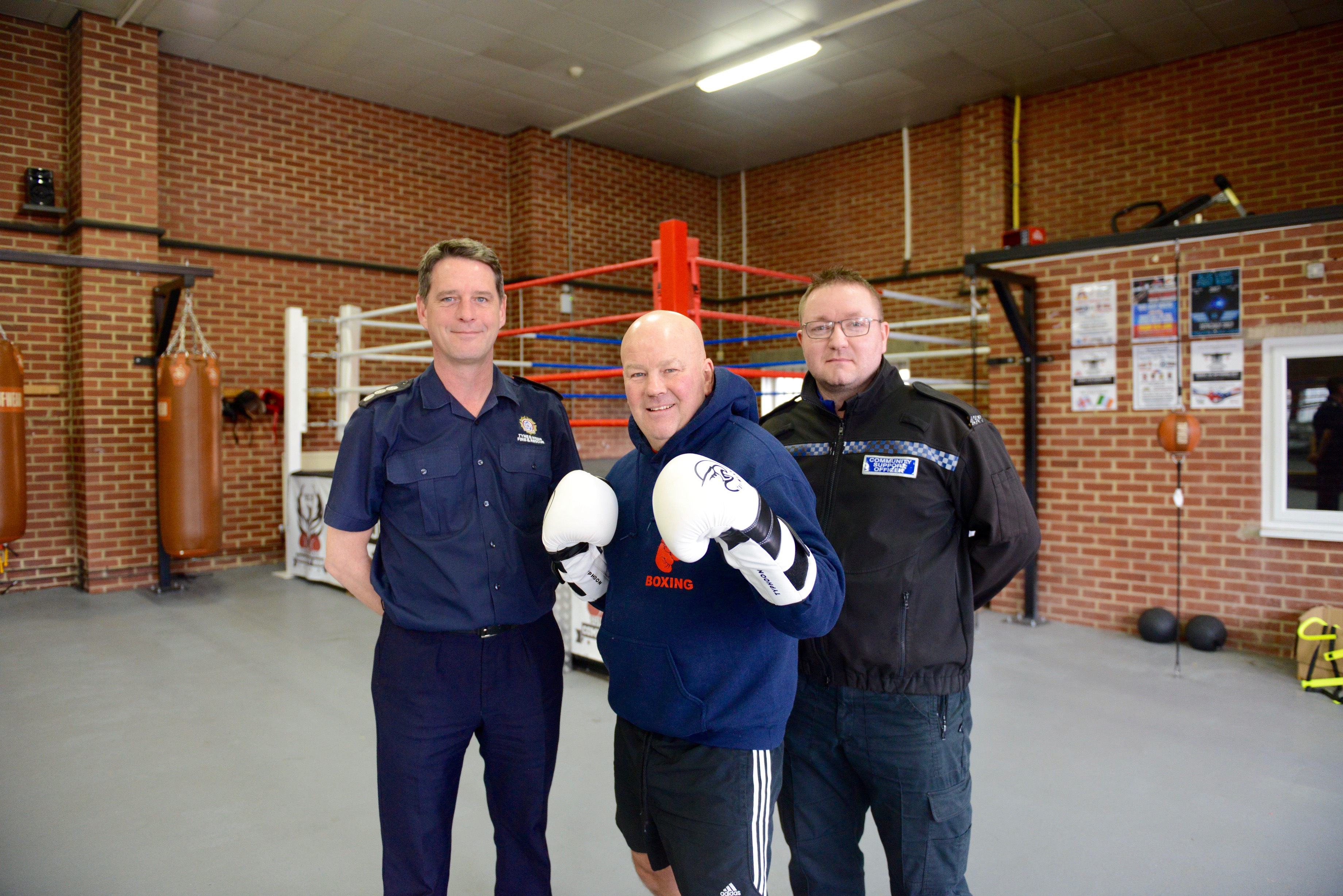 Troubled teenagers are being given the chance to box clever and walk away from a life of crime.

Police in Sunderland city centre have teamed up with Tyne and Wear Fire and Rescue Service to launch a new eight-week boxing programme for young people on Wearside.

‘Knuckle Down – the Pathway to Success’ follows funding from England Boxing and combines frank and honest discussions about the impact of anti-social behaviour with engaging training sessions in the boxing ring at Sunderland Community Hub.

The sessions aim to help educate secondary school students between the ages of 11 and 16 on a range of issues including knife crime and deliberate fires, while giving them the opportunity to have their voices heard and speak openly to police.

Through tailored boxing sessions, the participants – who were identified and invited along by officers - can improve their physical fitness as well as developing important life skills such as confidence, discipline and respect.

Inspector Jamie Southwell has praised the scheme, which will initially run for eight weeks, and believes it can make a significant difference throughout the city.

He said: “Anti-social behaviour can have an adverse effect on all communities that we serve and education is crucial in helping young people understand the impact that their actions can have on those around them.

“I’m absolutely delighted that this initiative is up and running at Sunderland Community Hub, which gives young people the chance to develop key life skills such as respect, confidence and determination through sport.

“The programme also allows officers to work hand-in-hand with these young people to talk openly about key issue such as knife crime, and we hope they in turn can share those important messages with their peers in the community.”

She said: “What a great example of reaching out to young people in the community, helping them to build positive friendships and teaching them new skills and self-awareness that they can bring to everyday life.

“We need to do all we can to support those at risk of being drawn into crime and I’m a firm believer that sport can play a key role.

“There are young people whose lives are falling apart and they turn to the wrong crowd and activities to help them through tough times. Schemes like this provide an alternative - somewhere to go with opportunity, routine and role models – it can make all the difference. It’s about improving lives to prevent crime.”

“Sport is a powerful tool for diverting young people away from anti-social behaviour and showing them that by working hard, or ’knuckling down’, they can achieve success in all aspects of their lives.

“As the sessions will be led by emergency service workers, the participants will also benefit from building relationships with positive role models.”