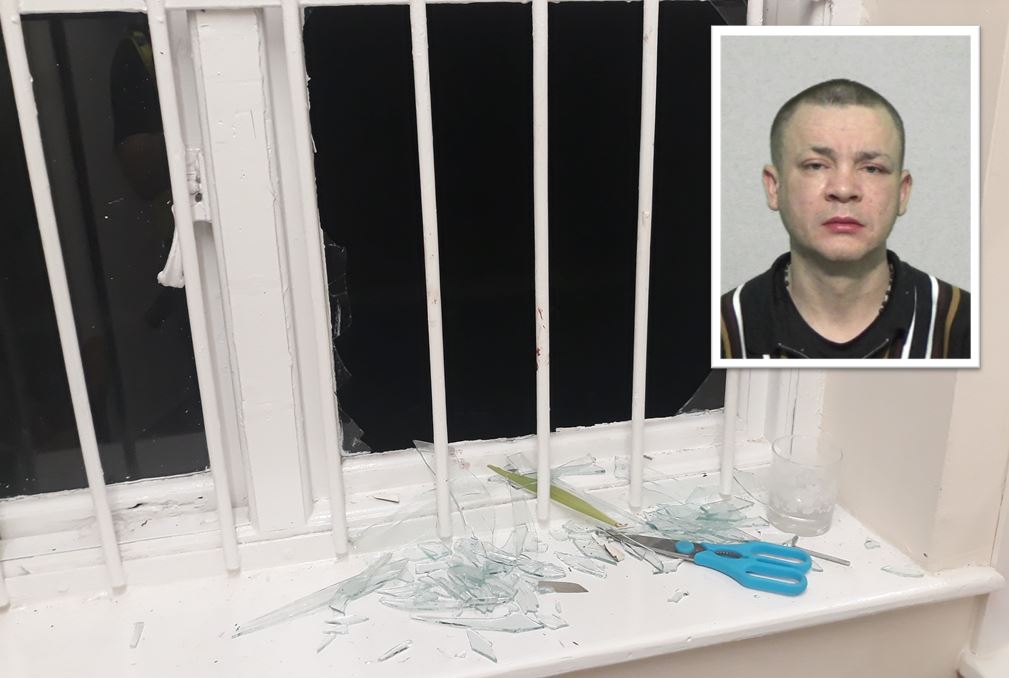 Gage, 35, pleaded guilty to the burglary at the British Heart Foundation & begins a spell behind bars

A bungling burglar smashed his way into a charity shop and bagged up £450 worth of goods – before he was overcome with guilt.

Michael Gage, 35, broke into the British Heart Foundation premises on Blandford Street in Sunderland last month with the intent of stealing valuables.

Gage inadvertently cut his hand when gaining access – leaving a trail of blood – but continued to swipe items from the shelves and pack them into a rucksack and other bags.

But his conscience clearly got the better of him, and when police arrived they found a blood-stained crime scene and the DNA-smeared goods that had been left abandoned.

Gage, of no fixed abode, was arrested and told officers in interview that he had “realised what he had done” while carrying out the raid.

On Friday (May 1), he pleaded guilty to burglary when appearing before magistrates in South Tyneside. He was subsequently jailed for six months.

Detective Constable Neil Swainston, of Northumbria Police, said: “This was an unsophisticated burglary which saw Gage smash his way into a city centre shop and leave a trail of clues behind.

“While his conscience may have ultimately got the better of him, clearly this type of behaviour is totally unacceptable – and at a time when everyone is pulling together, it is particularly abhorrent that someone would target a charity which relies on the support of volunteers and the community.

“Gage’s actions were selfish and unlawful – and he now begins a spell behind bars. I sincerely hope he uses this time to reflect on how his behaviour can adversely affect others.

“His conviction came as a result of some brilliant work from our forensic team who were able to provide irrefutable evidence that proved Gage was responsible, as well as the detectives who pulled together the case.

“I would like to reassure businesses and all retail premises in the city that officers continue to proactively patrol our streets every single day in order to take swift and robust action against any perpetrators.”

If you need to tell us about a crime, where possible, please use our online forms instead of calling 101. This will help us get the best help to those in an emergency.