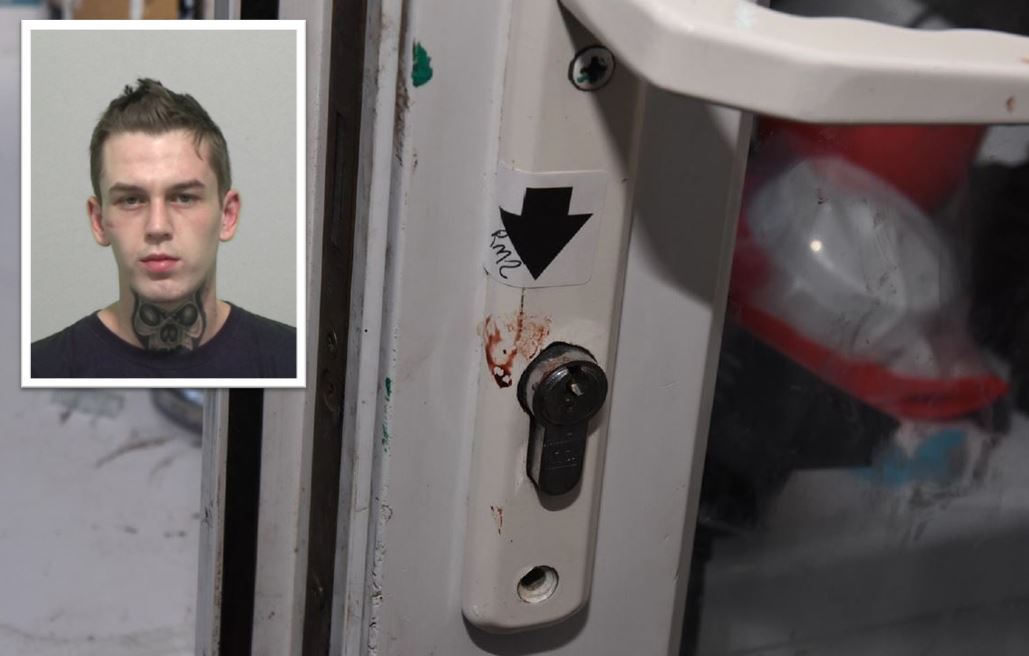 Best, 21, of Middlesbrough raided the Washington home while the occupants were away in January

A cold-hearted burglar who stole children’s Christmas presents during a cynical raid has been convicted – after leaving traces of blood at the scene.

Leon Best, 21, broke into a family home in Washington overnight on January 31 this year when the occupants were away.

Once inside, he pocketed hundreds of pounds worth of items including Playstation and Xbox consoles, a cordless tool set and sentimental pieces of jewellery.

The victims only became aware of the break-in when a friend spotted their two French Bulldogs running loose in a field on the following morning, several miles away from their home. After arriving home, they found a scene of destruction.

But Best’s unlawful actions were laid bare after he inadvertently left his blood inside the property – and that was enough for Northumbria Police’s Scientific Support Unit to send the swabs away for tests which came back as a forensic link.

Best, of Somerset Road, Middlesbrough, pleaded guilty to burglary after appearing before magistrates in Teesside last week (May 6).

PC Shaun Smith, of Northumbria Police, said: “Leon Best caused a huge amount of upset and anguish to his victims as a result of his selfish and unlawful actions.

“He broke into a family home and stole hundreds of pounds worth of items, many of which were Christmas presents for children. He also endangered the lives of the victim’s two dogs, who were left to roam free and later found hungry and dehydrated miles away from home.

“Burglary is an incredibly intrusive crime which can have a long-lasting and harmful effect not only to those who are victim to it, but their families and the local community as a whole.

“It is therefore important that the public see individuals like Best – who prey on others for purely selfish gains – are dealt with swiftly and robustly. He now must deal with the serious consequences of his actions when he is sentenced in the coming weeks.”

In a statement issued for the court, his victims spoke of the “extreme emotional stress” that Best’s actions have caused for their whole family.

They said: “While the theft has been of material possessions, they mostly belong to our small children who we have now had to explain to them that their gifts and Xmas presents have been stolen. This has left them distraught.

“Luckily our two much-loved family pets were found a few miles away by someone that knew who they belong to. We have to be grateful for their return as it is hard to even contemplate the possibility that they could have been knocked over and killed.

“We work very hard every day to provide for our children and give them the best possible quality of life we can, then only to have it unfairly taken away by someone who clearly thinks they are above the law.

“I only pray this never happens to any other family as it has turned out to be the worst experience of our family’s lives.”

Best is due to be sentenced at Newcastle Crown Court on June 3.