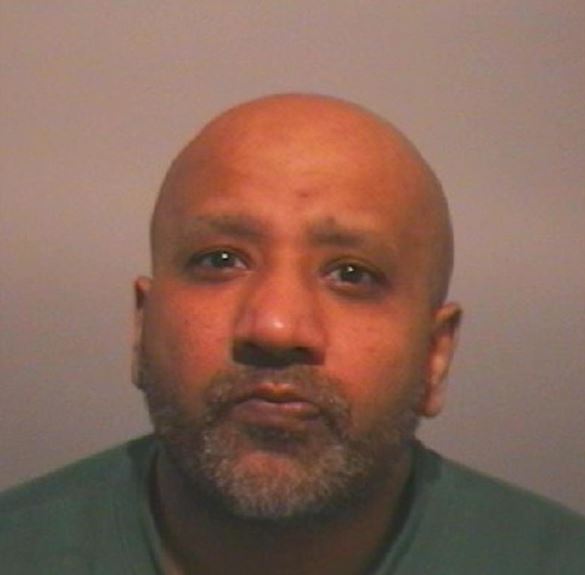 A businessman who kept a group of men as slaves – making them work 90-hour weeks in return for takeaway food and alcohol – has now been ordered to pay back a total of £275,000 for his crimes.

Landlord Hargit Singh Bariana, 46, who operated in Blyth, is currently serving an eight-and-a-half year jail sentence after he targeted vulnerable men who were left without homes due to alcoholism and drug addiction.

The victims were all white British men – which the lead investigator said should challenge people’s perceptions of these types of cases which had previously predominantly seen victims trafficked from abroad.

Bariana, of Blue House Farm, Netherton, Bedlington, provided the men with accommodation, took all their housing benefit as payment and forced them to work in despicable conditions.

They were made to clean sewage pipes by hand and work 13-hour days in their bare feet, without receiving a wage.

Bariana would rely on their addictions and lack of accommodation to force them to work. If the victims refused he would then resort to violence and intimidation.

Under the Modern Day Slavery Act, Bariana was charged with eight counts of requiring a person to perform forced or compulsory labour between 2009 and 2015.

In May 2018, Bariana was found guilty by a jury at Newcastle Crown Court of six of those counts. He was also convicted of being concerned in the supply of Diazepam.

He was found not guilty of two of the force labour charges and also acquitted on a single count of robbery.

Bariana, who had denied all of the charges against him, was sentenced in June 2018 to eight-and-a-half years behind bars.

Now, following months of evidence gathering and hard work by officers, a Proceeds of Crime hearing was held at Newcastle Crown Court and on May 26, a Judge ordered Bariana to pay back a total of £275,000.

As part of this payment a number of assets have been seized, including two houses and a large quantity of cash.

The estimated value of assets seized from Bariana is close to £133,000. However, Bariana will still have to pay off the remaining money ordered by the Judge.

Inspector Billy Mulligan, one of the leading officers on the investigation, has praised the dedication of the officers involved and the bravery of the victims.

“Hargit Bariana preyed on vulnerable victims for his own gain and their consistent bravery and strength during this whole process has been inspiring,” said Insp Mulligan.

“Hopefully his victims can find comfort knowing that Bariana is not only behind bars but has now had these assets taken off him. It should also serve as a warning to anyone who thinks they can take advantage of others for their own selfish gains.

“This hearing has been the result of months of hard work and late nights for officers. Their dedication to seeing full justice for the victims has been outstanding.”

Insp Mulligan added: “This case challenges the stereotype and has shown that victims of modern day slavery can come from any walk of life and any background.

“As always we encourage people to stay vigilant and if something doesn’t look right then it probably isn’t and they should contact the police.

“Protecting and safeguarding those who find themselves vulnerable, through a whole range of crimes including modern day slavery, remains one of Northumbria Police’s top priorities.”

Anyone who thinks they are a victim or any members of the public who have concerns about modern day slavery happening near them should ring police on 101 or call the Modern Slavery Helpline on 08000 121 700.