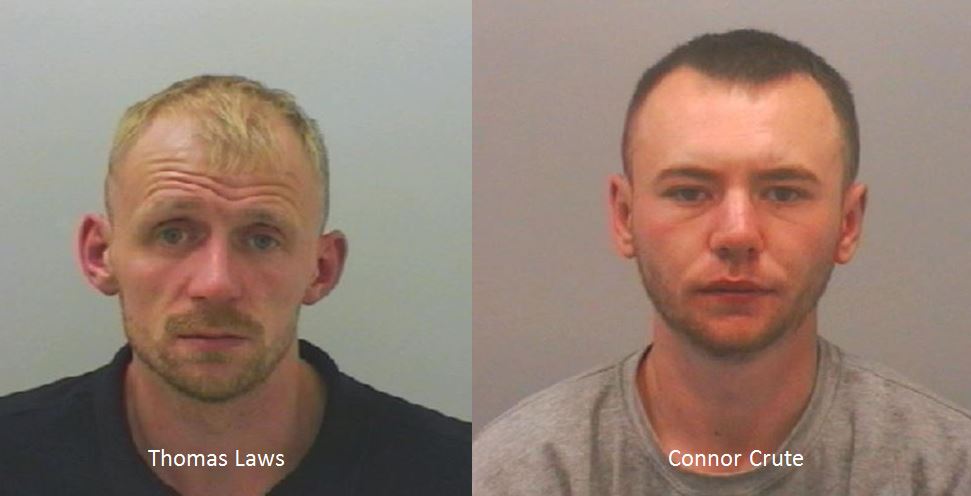 Detectives hunting for North-East fugitives have praised the public after four of their top targets were arrested.

Last week, officers released the pictures of six men who were wanted in connection with serious offences alleged to have been committed across Northumbria.

Despite the rules surrounding lockdown, none of the men had been residing at their home address and were believed to have been purposely avoiding police.

In a bid to locate them, detectives appealed to come forward with any information – and the community responded, offering vital intelligence that assisted officers in their hunt for the alleged perpetrators.

Now, police can confirm four of the six men featured have been arrested – with many handing themselves in after seeing their face plastered across social media and covered in regional press publications.

Superintendent Jonathan Bensley, of Northumbria Police, said: “We are absolutely delighted with the public’s response to this appeal and I would like to thank everybody who came forward with information that assisted our officers to locate these fugitives.

“We are incredibly proud of the positive relationship we have with the communities we serve, and this is another terrific example of the public working hand-in-hand with officers in order to protect the public and locate suspected criminals.

“Four men who featured in last week’s appeal have now been located and interviewed in connection with a range of offences, and enquiries into those cases are very much ongoing.

“We will continue to use every tactic at our disposal in order to detect and disrupt crime, locate anybody suspected to be involved in criminality and keep our communities safe.”

Among those detained was Ricardo Antonio, 27, who was wanted in connection with a breach of a court order.

He was arrested and charged with breach of a restraining order and appeared before magistrates in South Tyneside on April 29, where he received an 18-month community order. He was also handed a further restraining order until October 2021.

A 30-year-old from Houghton-le-Spring handed himself in to officers at his local police station after being wanted in relation to a public order offence, while a 32-year-old from the Downhill area of Sunderland wanted in connection with an assault was also brought into custody.

Both men have been released on police bail and enquiries are ongoing.

A 31-year-old man who was wanted in connection with an assault and criminal damage was also arrested by officers, and has since been released under investigation.

Officers are asking anybody who has seen Connor Crute, 21, of Walker or Thomas Laws, 40, of North Shields to come forward and speak to police.

Crute is wanted in relation to burglary offences in North Tyneside, while Laws is wanted in connection with an assault and a burglary. A number of addresses associated to both men have been checked and efforts are ongoing to trace them.

Supt Bensley added: “We are determined to speak to all six suspects who featured in this appeal, and the remaining two will each have their own accounts for these offences. Avoiding police is doing them no favours and I would encourage them to hand themselves in as soon as possible.

“I would like to reiterate that it is a criminal offence to harbour someone who is evading arrest, and we do not want anybody to get into trouble on the account of these individuals.

“Please do not leave your home specifically to search for these suspects, but if you are out on an essential journey and see these men, please pick up the phone and get in touch.”

Anyone with information about the whereabouts of these men is encouraged to call 101 or independent charity Crimestoppers anonymously on 0800 555 111.