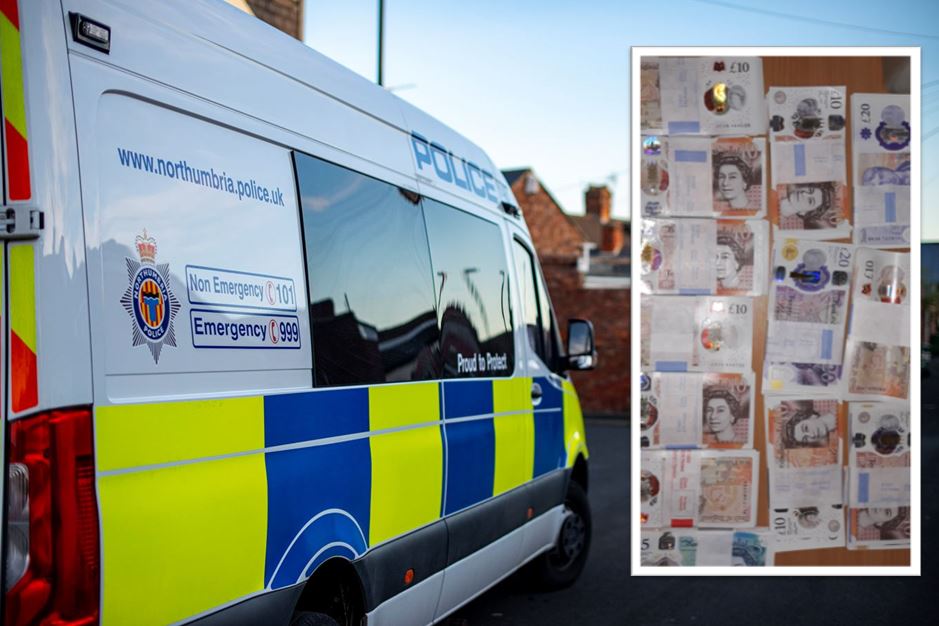 Officers executed warrants at seven addresses across Wearside on Wednesday and Thursday as part of an ongoing money laundering investigation.

The addresses were targeted after cops gathered intelligence on various suspects – with the properties all believed to be associated with serious and organised crime networks.

The searches saw police seize a large quantity of cash, as well as various mobile phones and documents that will assist the ongoing investigation.

Detective Chief Inspector Sean Mcguigan, of Northumbria Police, says the warrants should send out a strong message to criminals across Sunderland and offer reassurance to the community.

“The pre-planned days of action saw officers execute warrants at various identified addresses that are believed to be associated with criminality across our region,” Det Ch Insp Mcguigan said.

“This was all about seizing evidence that may assist with our ongoing investigation, and the money seized, along with mobile phones and other documents, are likely to prove invaluable.

“Our message is simple – the net is tightening on serious and violent criminals, and a team of experienced detectives are committed to acting on intelligence and taking a proactive approach in disrupting any criminal networks operating in the city.

“Under the banner of Operation Sentinel, our dedicated approach to tackling serious and organised crime, we will continue to work with our partners, engage with our communities and proactively target suspects in order to disrupt crime and protect the public.

“I would like to thank the community for their support, and as the overwhelming majority continue to work with us and pull together in these uncertain times, in exchange we will continue to protect our communities and bring those involved in criminality to justice.”

Anyone who suspects any criminal activity that is happening in their area is encouraged to get in touch.

This can be passed on anonymously to us by calling 101, by using the ‘Tell Us Something’ page of our website or by contacting independent charity Crimestoppers on 0800 555 111.