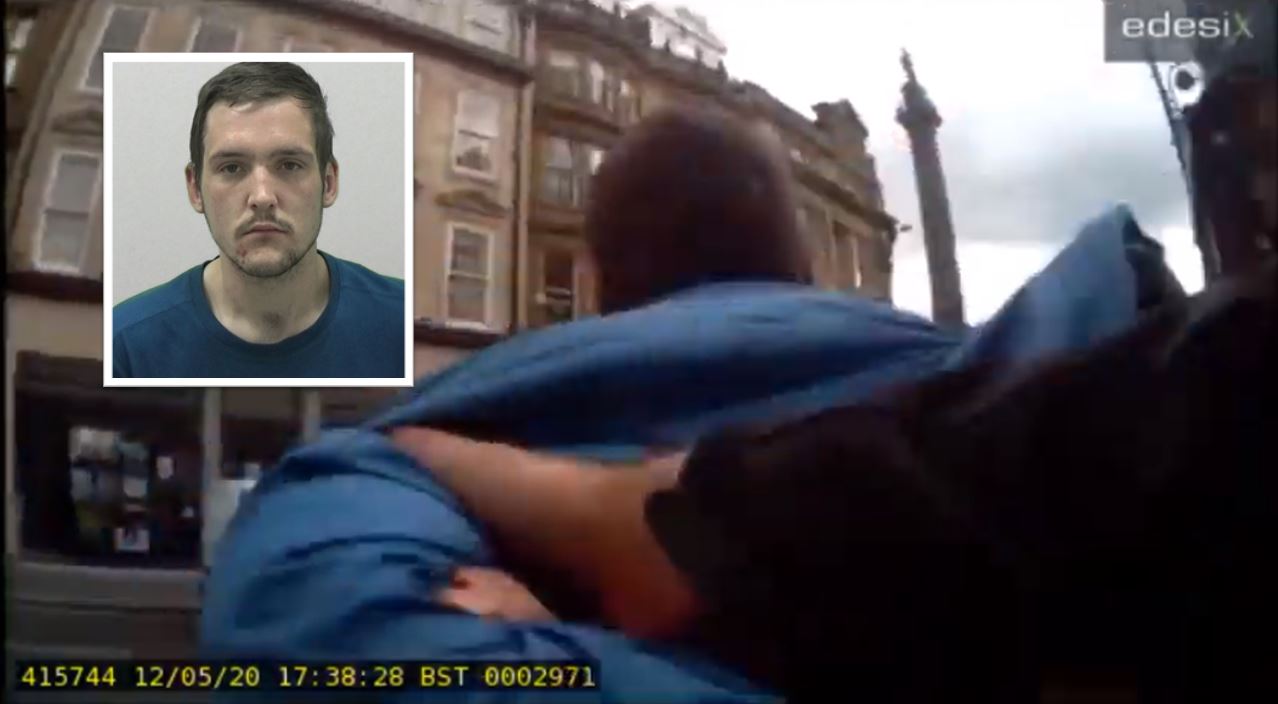 A drunk thug who claimed he had Coronavirus and coughed in the face of a police officer has been jailed.

Mark Wright has been jailed for 26 weeks after the vile attack on a police officer during an arrest in Newcastle on Tuesday afternoon (May 12).

Two officers were on patrol on Blackett Street in the city centre when they witnessed the 23-year-old become verbally abusive to a woman.

They approached Wright and asked him to calm down but he was intoxicated and continued to behave in an aggressive manner.

He was then arrested after becoming verbally abusive to officers as they asked him to leave the area.

And when one of the Police Constable’s asked him if he had Coronavirus, Wright said ‘yes’ and coughed in his face.

He was restrained at which point he confessed that he didn’t have the virus and had been making it up.

But now he has paid the price for the vile abuse after being jailed for 26 weeks at North Tyneside Magistrates’ Court on Wednesday.

“Mark Wright had a number of opportunities to leave the area but instead he became abusive and violent towards officers,” said Insp Madge.

“He should not have been in the city centre and it was absolutely right that he was placed under arrest when he refused to go home.

“For him to then cough in the faces of one of our officers is despicable and completely unprovoked so I welcome the custodial sentence handed down by magistrates.

“I want to praise the professionalism of the two officers who responded to this incident who remained calm despite the barrage of abuse they faced.

“This is not the first time this has happened to our officers during their tour of duty and now a number of offenders are behind bars for committing similar offences.

“The courts are sending a strong message to offenders and we will continue to ensure any officers who are targeted receive the appropriate support."

Wright, of Bath Lane, Newcastle, admitted being drunk and disorderly and assault of an emergency worker at North Tyneside Magistrates’ Court on Wednesday.

He was handed a 26 week custodial sentence and made to pay £128 in compensation.