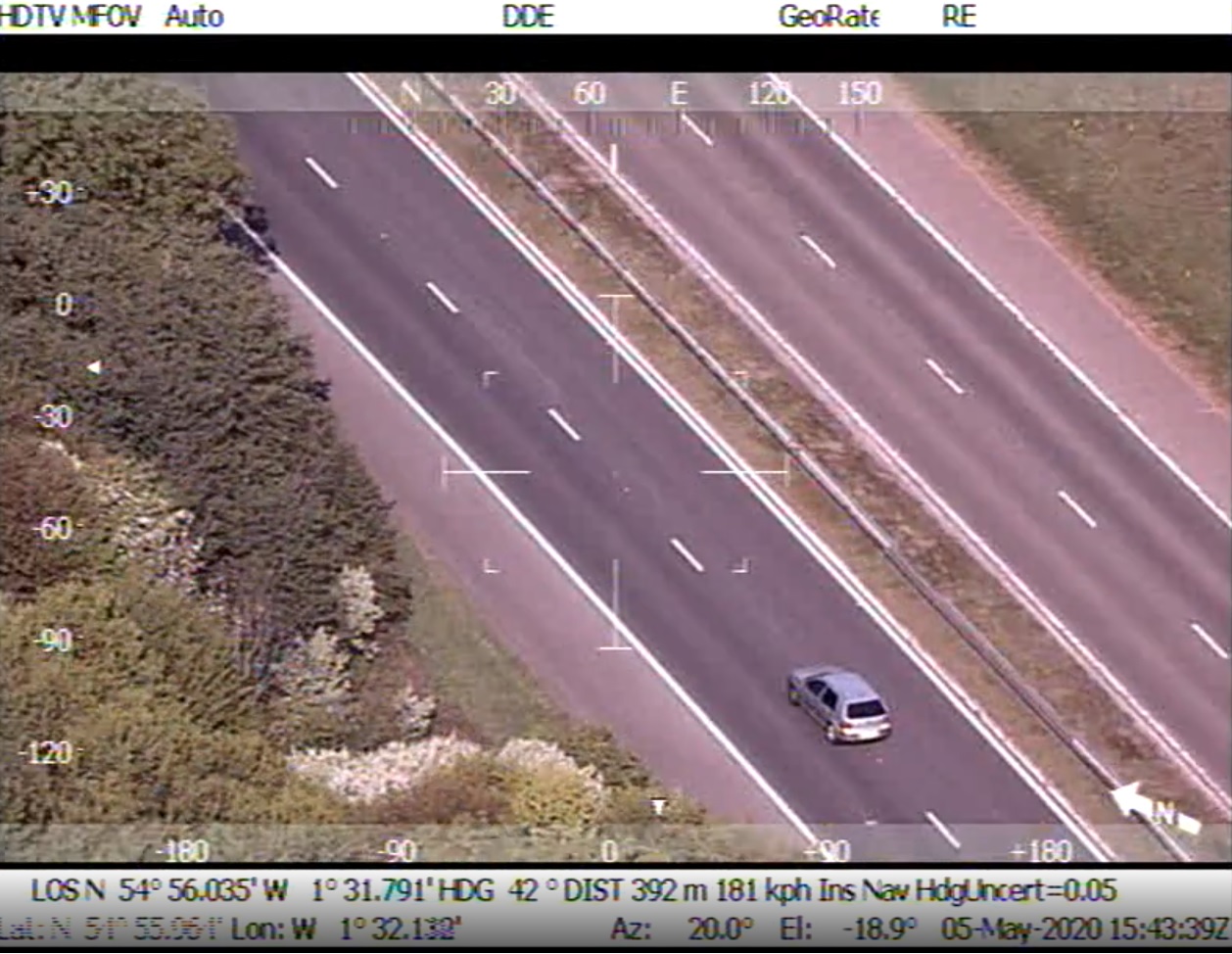 Four suspected car thieves have been arrested after a pursuit with a stolen vehicle ended with the police helicopter guiding officers to their hiding place.

At about 4pm on Saturday officers received an activation on ANPR cameras that a stolen VW Golf had been travelling in the Houghton area.

Specially-trained Motor Patrols officers from Northumbria Police were quickly deployed to the area and located the vehicle on the A690 near to Burn Park Road.

They signalled for the vehicle to stop but the driver refused and led officers on a high-speed pursuit towards the A1.

And the VW Golf was being driven in such a dangerous manner that officers had to abort the pursuit to avoid a serious collision.

However, the National Police Air Service (NPAS) helicopter was hot on the heels of the suspected thieves and tracked them as they travelled towards South Tyneside.

They guided officers to the location of the vehicle before the occupants abandoned it in the Primrose area and fled the scene on foot.

Officers were deployed to the area and were soon able to bring two men and two women into custody who matched the description of the occupants of the vehicle.

Now Chief Inspector Sam Rennison, who leads the Force’s Motor Patrols Department, has praised the teamwork between officers on the ground and in the air.

“This was a high speed pursuit during which the offending vehicle weaved in between traffic, drove at high speed and rammed our police cars,” said Ch Insp Rennison.

“Such was the manner of the driving that our officers had to back off from the pursuit and rely on the expertise of our colleagues in the air to track the vehicle.

“They stayed in constant communication and thanks to the work of the helicopter crew, officers were once again able to pick up the trail of the suspected thieves.

“Ultimately they were brought in to custody without a serious collision and, most importantly, without anyone being seriously injured.

“This is a demonstration of the excellent teamwork taking place across our Force every day and should come as a strong warning to suspected criminals on our roads.”

The two men, aged 25 and 23, and two women, aged 28 and 19, were all arrested on suspicion of theft of a motor vehicle and have since been released under investigation.

Anyone who has information about criminals using our road networks is encouraged to report in on the Northumbria Police website using the ‘Tell Us Something’ pages.