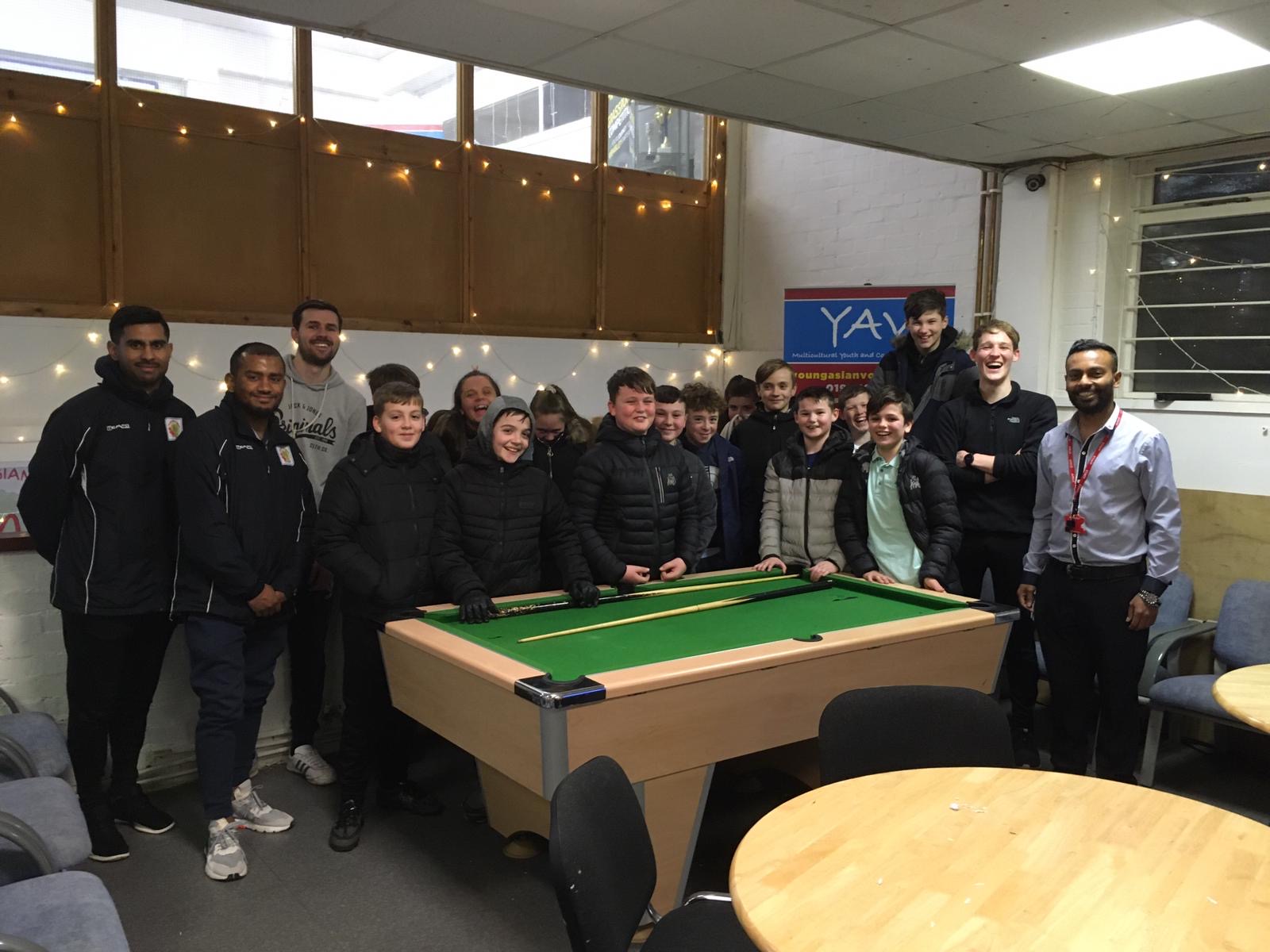 Police & Crime Commissioner Kim McGuinness has led the praise for the '1,2 Youth Crew' in Hendon

A ground-breaking youth project has received national recognition after police teamed up with teenagers to curb anti-social behaviour in Sunderland.

At the end of 2019, following a sharp increase in crime and youth disorder in the Hendon area, officers joined forces with youth and community charity Young Asian Voices (YAV) and set up a new youth club in their city centre base.

The club, named ‘1, 2 youth crew’, aimed to bring young people from the city together where they could engage, play sport and show their creativity in a safe environment – while also learning key disciplines such as respect, teamwork and self-confidence.

City centre officers PC Dominic Raine and CSO Anthony Kitson also attended the weekly youth group – often in their spare time – in order to get to know the youngsters, offer advice and help steer the teenagers and their peers away from a life of crime.

Now, with the group having doubled in size, the youngsters have learned they have won a national award in the this year’s Show Racism the Red Card School Competition.

The creative teens filmed a short video on the importance of tackling racism and prejudice – and have been selected over hundreds of other applicants in the All Ages & Abilities Multimedia category.

They are due to receive their award at a ceremony that is hoped to be scheduled for later this year.

Neighbourhood Inspector Jamie Southwell has now led the praise for all involved in ‘1, 2 youth crew’ which has helped give impressionable young people a sense of belonging and direction in Hendon.

Insp Southwell said: “This group was brought together from a simple idea six months ago and it’s amazing seeing how it’s evolved into what it is today.”

"The number of youngsters attending each week - who are positively engaging with their peers, police and the wider community - has already doubled, and in that time we’ve seen a significant decrease in youth-related anti-social behaviour in Hendon.

“PC Raine and CSO Kitson have been blown away by the response – the young people have given up their time to attend and helped to create a very special environment.

“It has allowed a diverse group of teenagers to make friends, learn new skills and break down any barriers between themselves and police – allowing young people the chance to talk openly to officers about issues that are important to them.

“I would like to thank everybody involved as the group continues to go from strength to strength, and winning the award really is the icing on the cake following some outstanding and inspirational youth and community work.”

The group started with 13 attendees but now has 27 teenagers engaged in the project – and while weekly meetings have temporarily halted due to the Covid-19 pandemic, PC Raine and CSO Kitson continue to hold virtual meetings with everyone involved online.

Members of the group have already formed an in-house youth committee, are purchasing group hoodies and have designed a group logo.

Northumbria Police and Crime Commissioner, Kim McGuinness, said: "What a great example of how youth interventions can make a difference.

“I'm delighted for everyone involved that it's getting the recognition it deserves. This project centres on building young people's confidence, skills and self-worth, helping them fulfil their potential and in turn, this benefits the whole community.

“I'm a firm believer in improving lives to prevent crime and this scheme shows this approach works."

Young Asian Voices manager Kumareswaradas Ramanathas (Ram), who was originally a participant at YAV when it launched in 1996, said: “I’m incredibly proud of the entire group and they deserve this recognition.

“This group has not just benefited the young people socially, but it’s also about making them better people, helping them to learn new skills and ultimately make a positive contribution in the community.

“I’d like to thank all my staff, supporters, the young people who attend as well as Northumbria Police. By working together, we’ve created something very special in Hendon and in Sunderland– and long may it continue.”