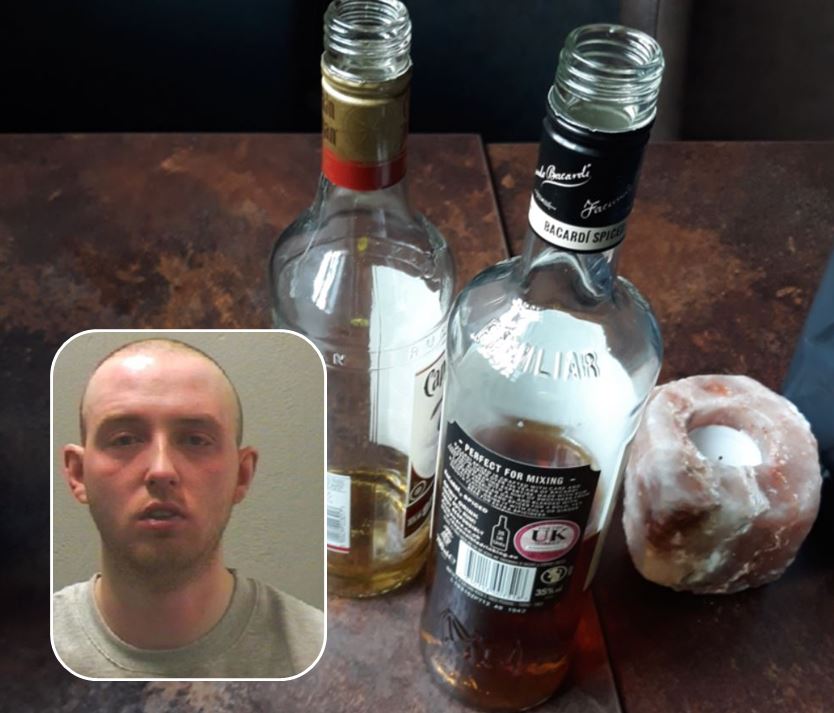 It's certainly last orders for this burglar!

A Bacardi-swigging burglar was caught red-handed by police after breaking into an Italian restaurant and helping himself to alcohol behind the bar.

Anthony Maylia, 28, broke into the Vespa restaurant on Roman Road in Jarrow on the morning of May 11.

Once inside Maylia helped himself to bottles of spirits – including Bacardi and Jack Daniels - which he brazenly drank as he walked around the closed premises.

But the intruder’s leisurely start to the day did not last long after an employee who was passing spotted him – and police were subsequently called.

When officers arrived they found an intoxicated Maylia in possession of a knife, screwdriver and a small hammer. He was subsequently arrested and taken into custody.

Maylia, of Westmorland Road, Newcastle, admitted burglary and possessing a knife when he appeared before magistrates in South Tyneside last week (May 13).

He has now been jailed for eight months.

Detective Constable Andy Thompson, of Northumbria Police, said: “Anthony Maylia is somebody who is well-known to police and has persistently shown a total disregard for the law and others.

“This is a difficult time for many of our business owners who have had to close their premises due to the Covid-19 restrictions, so it’s particularly disappointing that people like Maylia look to take advantage of that for purely selfish gains.

“On the day in question, he broke into a restaurant and helped himself to various bottles of alcohol from the bar – some of which he placed in a plastic bag, and others which he brazenly opened and started drinking from.

“Thankfully, we were swiftly alerted to the break-in and officers were able to attend and place him under arrest – as well as seize a knife, hammer and screwdriver found in his possession.

“Criminality of this type will not be tolerated, and I hope business owners can take some reassurance by seeing individuals like Maylia being convicted and taken off our streets.

“We will continue to pursue burglars and anybody who looks to commit crime and cause misery to others, especially at a time when everyone is pulling together, can expect a knock on their door very soon.”

If you need to tell us about a crime, help us out by using our online forms instead of calling 101. This will help us get the best help to those in an emergency.