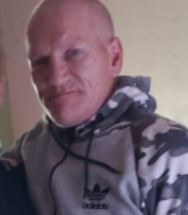 Officers investigating the murder of a man in Penshaw have now confirmed the name of the victim.

Shortly after 3am on Saturday (May 16) officers were called to an incident on Avondale Avenue, where they discovered a 55-year-old man had been seriously injured.

He was taken to hospital but sadly died as a result of his injuries a short time after.

Police can now identify the man as Sean Mason, of Penshaw.

Detective Chief Inspector Sharon Chatterton, leading the investigation, said: “This is an incredibly difficult time for the family of Sean Mason and they are being supported by specialist officers. We ask you respect their privacy at this time as they come to terms with their loss.

“Our investigation is ongoing and we would urge anyone with information to get in touch as soon as possible.”

Two men have today (Tuesday) been charged with his murder.

Steven Milroy, 47, of Avondale Avenue and Wayne Froud, 36, of Wensleydale Avenue, are due to appear at South Tyneside Magistrates’ court tomorrow.

A third male, aged 38, who was arrested shortly after the incident was released without charge.

Officers have also arrested an 18-year-old woman on suspicion of murder and she remains in police custody at this time.

If you have information that may assist the investigation, ring 101 or use the ‘Tell us Something’ page of our website quoting reference number 115 16/05/20.

Alternatively you can contact independent charity Crimestoppers anonymously on 0800 555 111.