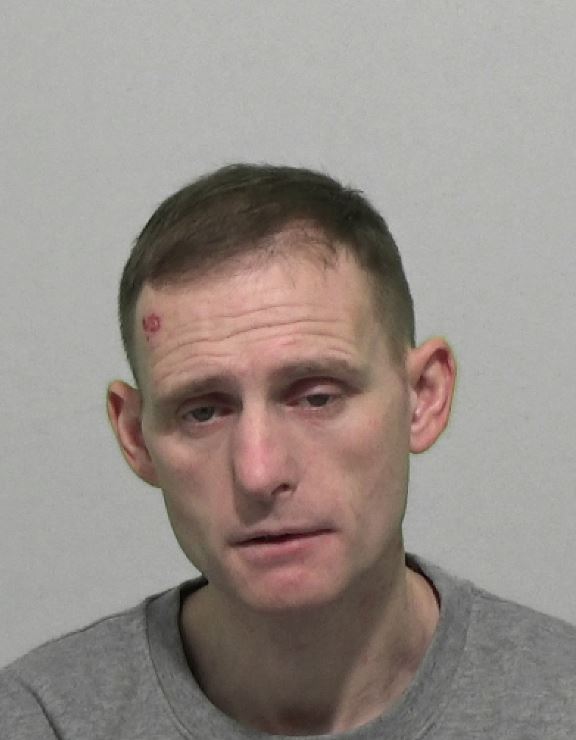 Kelly has been jailed for more than three years after being convicted of burglary, theft and fraud

A shameless raider has been jailed after hiding in a pub toilet until it had closed - before swiping bottles of spirits from the bar.

David Kelly, 39, had been drinking in the Ben Lomond in Jarrow on October 15 last year and saw an opportunity when last orders were called.

He ran upstairs into a private part of the premises while staff were distracted and locked himself in a toilet. Once the pub had shut for the night, he then helped himself to £200 worth of spirits behind the bar.

But Kelly inadvertently set off the pub’s alarm – and then tried to convince police that he had been accidentally “locked in”.

However, his protestations were not genuine as he was spotted opening the till when staff had left – only, to his disappointment, to find no money had been left inside.

Kelly, of Northbourne Road, Jarrow, denied the burglary but was found guilty by magistrates in his absence earlier this year.

He admitted separate charges of burglary, fraud and theft and was subsequently jailed for three years and two months at Newcastle Crown Court on Tuesday (May 5).

Detective Constable Neil Swainston, of Northumbria Police, said: “David Kelly has been a drain on police resources for a considerable time with a significant number of theft and burglary convictions in recent years.

“He quite clearly cannot be trusted to live lawfully in our community and now will spend a considerable time behind bars where he can hopefully reflect on his actions.

“A team of dedicated burglar hunters come in every single day to tackle this type of criminality, and it’s essential that the public see individuals like Kelly – who shows a total disregard for others – are rightly being brought to justice.

“We will not apologise for our zero-tolerance approach towards burglars and thieves – and our message is straightforward. If you commit these types of offences, we will pursue you, we will catch you and you will face prison.”

Kelly admitted burgling a home in Jarrow in May 2019 where he stole various items from a house, before trying to use a stolen bank card to buy Vodka from a supermarket.

Then in January this year, he stole £650 worth of cosmetics from Superdrug in South Shields before he was detained by on-patrol officers outside the store.

He now begins a custodial term.