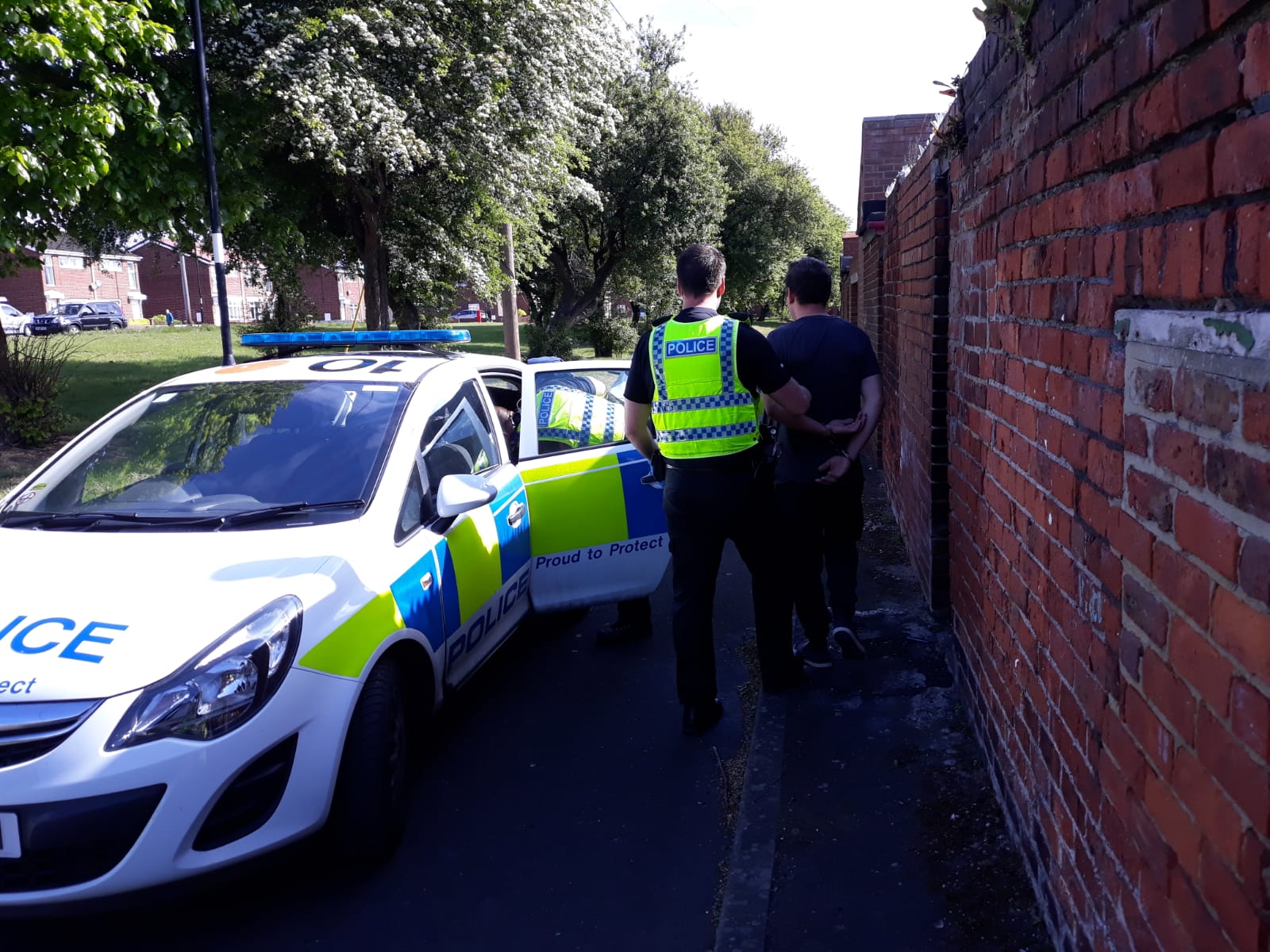 The net is tightening on drug dealers across Wearside after officers carried out a string of raids in Hendon.

Over the last fortnight, drug-busting cops have executed warrants at several addresses believed to be associated with the supply of Class A and Class B drugs throughout the city.

The occupants of a property on Tower Street West received a surprise wake-up call on May 12 after neighbourhood officers forced entry and seized quantities of cocaine, heroin and cannabis.

A number of other addresses have also been searched as part of the crackdown, including a property on Noble Street on May 15.

“We know of the devastating and potentially fatal consequences that drug misuse can have not only for users, but their families and the community as a whole,” Insp Southwell said.

“This proactive operation follows some concerns raised by the community in Hendon about suspected drug dealing in their area. As a result, we have carried out a number of raids and taken a large amount of illegal substances off the streets.

“The recent positive action will no doubt have dented the pockets of organised criminals, and we will continue to detect and disrupt drug-related crimes under the banner of Operation Sentinel.”

Following the Tower Street West raid, a 40-year-old man was arrested and charged with possessing heroin and cocaine. He is due to appear before magistrates in South Tyneside next month.

A woman, 29, was handed a caution after being found to be in possession of a small quantity of cannabis.

After searching the address on Noble Street, officers were satisfied that no drugs were present – but a 34-year-old male occupant was arrested on suspicion of wounding with intent to commit grievous bodily harm in connection with an incident on Tower Street on May 6.

He has been released on bail and enquiries are ongoing.

Anyone concerned about drug-dealing or drug misuse in their area is encouraged to contact us on 101 or by using the ‘Tell Us Something’ page of our website.