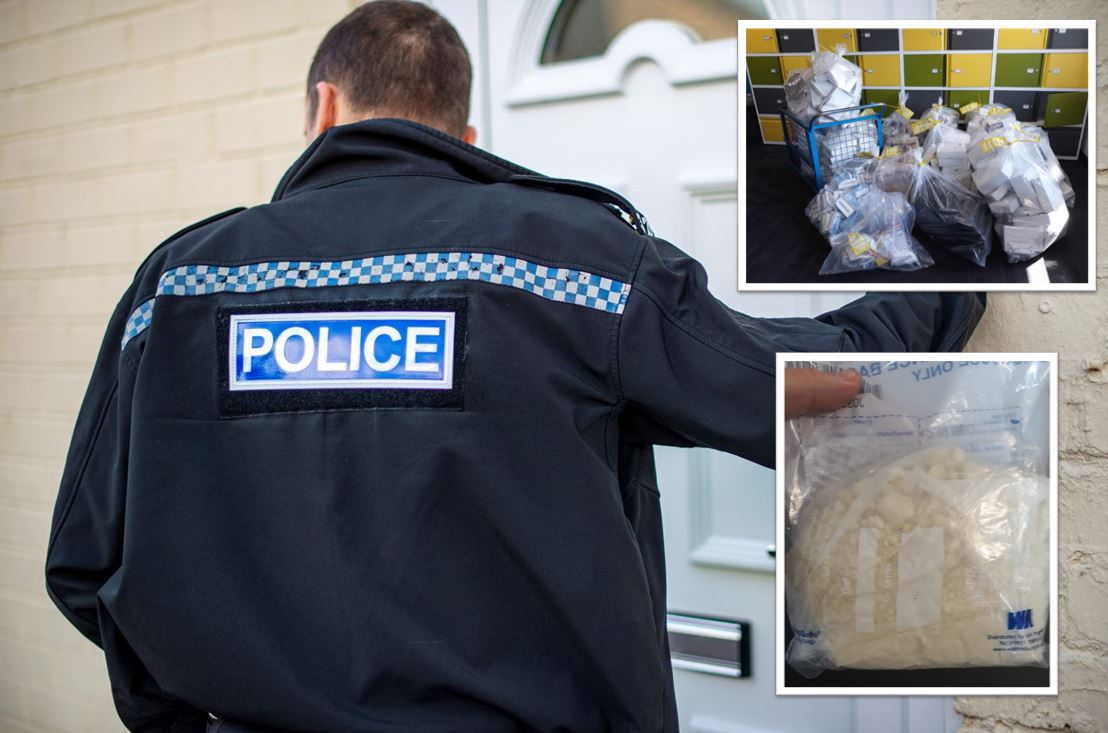 Thousands of pounds worth of illegal drugs and suspected counterfeit sunglasses have been taken off the streets after cops executed a warrant in Southwick.

Officers raided an address on South Terrace in Sunderland last week (May 13) after receiving intelligence from the community about suspicious activity at the address.

Nobody was inside the property, but police carried out a search and found quantities of heroin and amphetamine, as well as 4,000 Pregablin tablets.

In another room, officers seized a huge stash of sunglasses and lipstick – both of which officers suspect to be counterfeit.

Police have since interviewed a 40-year-old man under caution in connection with the seizures, with enquiries ongoing.
Officers are continuing to work with Trading Standards to ascertain whether the sunglasses and lipstick are genuine.

Sergeant Sally College, who oversaw the execution of the warrant, said: “We searched this address following concerns raised by the local community about suspected criminality in the area.

“Sometimes that kind of information can lead to nothing, but on this occasion we were able to make significant seizures and take both illegal drugs and suspected counterfeit products off the streets.

“We have no doubt that these drugs would have been destined for the streets of Sunderland.

“We are also pleased to have seized hundreds of suspected counterfeit goods from inside the address. Some people may think the selling of counterfeit goods is a victimless crime, but quite often they can be a product of organised crime.

“Groups often supply them into the region with the sole intention of making money – which in turn enables them to continue to fund illicit activities.

“These seizures show our commitment to tackling organised crime and this type of disruption, by working with all our partners, will continue under the banner of Operation Sentinel.”
Anyone who wants to report suspicious behaviour, or has any information about organised crime in your area, can do so by calling police on 101 or by using the ‘Tell Us Something’ page on our website.

Alternatively, you can contact independent charity Crimestoppers anonymously on 0800 555 111.