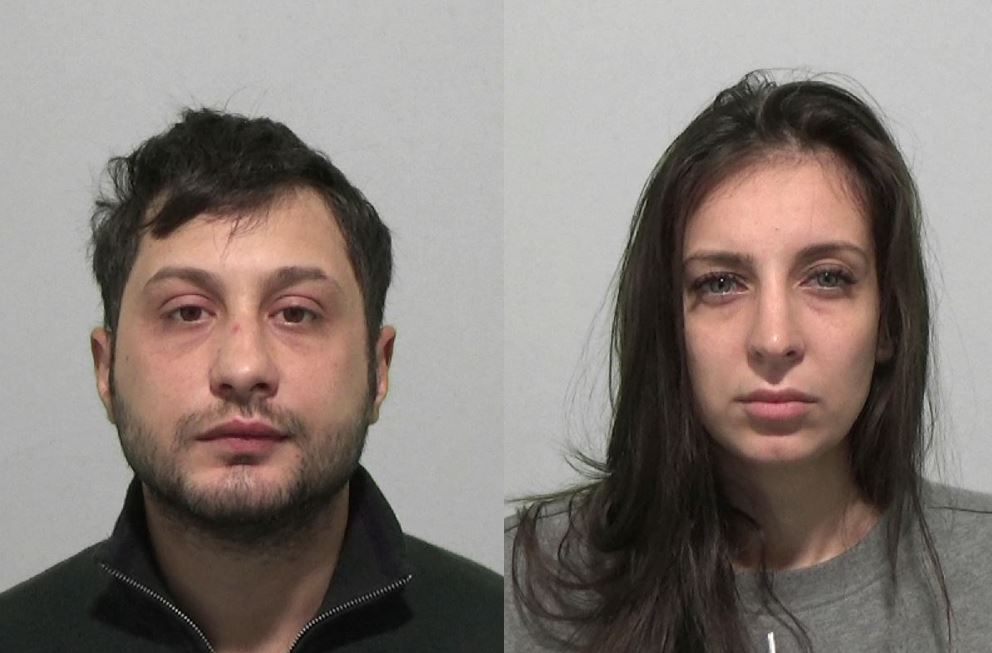 Two devious fraudsters pretended to be NHS workers before swiping a pensioner’s bank card and stealing her hard-earned savings.

Romanian pair Florin Butonasi and Andra-Mihaela Gheorghe targeted their 82-year-old victim as she paid for shopping at Asda in South Shields.

After watching the elderly woman insert her pin, the shameless duo followed her all the way to her front door – where they falsely purported to be NHS workers conducting a survey in the community.

It was only when Butonasi and Gheorghe had left when the victim realised her purse had gone missing.

She went on to learn that her bank card had been used by the shameless crooks to complete a number of transactions, with £500 withdrawn at a nearby cash machine and a further £100 worth of goods bought at TK Maxx in Byker.

But Butonasi and Gheorghe’s greed has now caught up with them after the pair both admitted burglary and four counts of fraud by false representation at Newcastle Crown Court yesterday (Wednesday).

Butonasi, of Balfour Street, Kirkcaldy, Fife, was jailed for three years and eight months years while Gheorghe, of Jasper Road, London, was sentenced to four years behind bars.

Detective Sergeant Adele Reed, of Northumbria Police, led the investigation and has condemned the pair for the sickening scam.

“This is an abhorrent crime at any time, but particularly when we are all pulling together to tackle the pandemic and looking out for the most vulnerable people in our communities,” Det Sgt Reed said.

“Butonasi and Gheorghe should be ashamed of themselves and their actions, preying on an elderly woman who they clearly identified as vulnerable while loitering in the supermarket.

“They then proceeded to follow her home, earn her trust before callously taking her purse and fraudulently use her bank card.

“The victim’s bank card was later found by police in the hotel room of one of the defendants – it’s absolutely appalling and I’m sure the public will agree that there is no place in our society for manipulative and devious individuals like them.

“I hope this case also highlights the importance that the public, especially those living alone, are aware of this type of criminality and do not fall victim themselves.

“Please keep checking on loved ones who may be isolated and who are the most vulnerable in our communities. Do not invite strangers into your home or give out any personal details, and always ask for identification if workers you do not know knock at your door.

“If you are not sure about somebody who has tried to sell you anything or who is seen acting suspiciously in your area, contact police on 101 as soon as possible.”