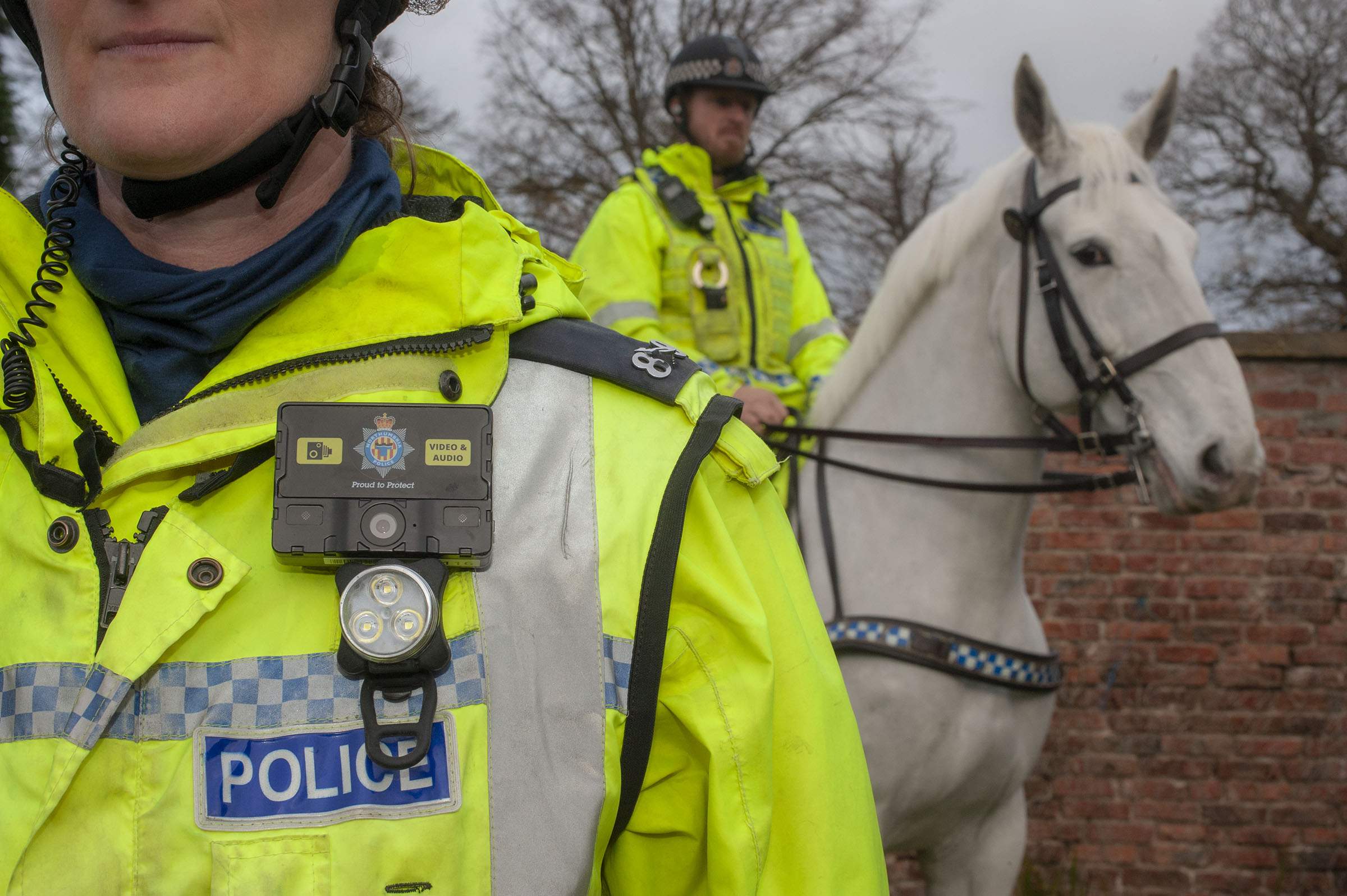 Police horse riders will now wear body cams to capture drivers who put the lives of them and their animals at risk.

This week Northumbria Police have called on cyclists to upload head came footage of dangerous drivers to their website.

As part of Road Safety Week, the Force is looking to safeguard vulnerable road users who are put in danger by cars passing too closely.

It came after a 11 per cent increase in the number of serious or fatal collisions involving cyclists in the last year.

But today the Force says they also want horse riders to come forward and submit head cam footage of vehicles passing their animals too quickly.

Figures from the British Horse Society were released this week that showed two horses are killed on UK roads each week.

He said: “Using the roads during the darker winter months can be very intimidating for both cyclists and horse riders.

“To help keep people safe, we encourage vulnerable road users to make themselves as visible as possible by using high vis and headlights.

“But that is why we are also encouraging people to submit footage of drivers who are passing too closely and putting lives at risk.

“We do get drivers and cyclists submitting footage but we get very few submissions from horse riders and we need to lead the way.

“If a horse is scared by a passing vehicle and bolts into the road then that could have catastrophic consequences, not just for the animal and its rider, but for drivers too.

“We want to raise awareness of the dangers of this behaviour but we also want buy in from horse riders to start wearing body or head cams and submitting footage.

“Please work with us and together we can begin to change behaviour on the roads and help to save lives.”

Anyone who wants to upload head cam footage can do it online at the ‘Report an Incident’ pages of the Northumbria Police website.