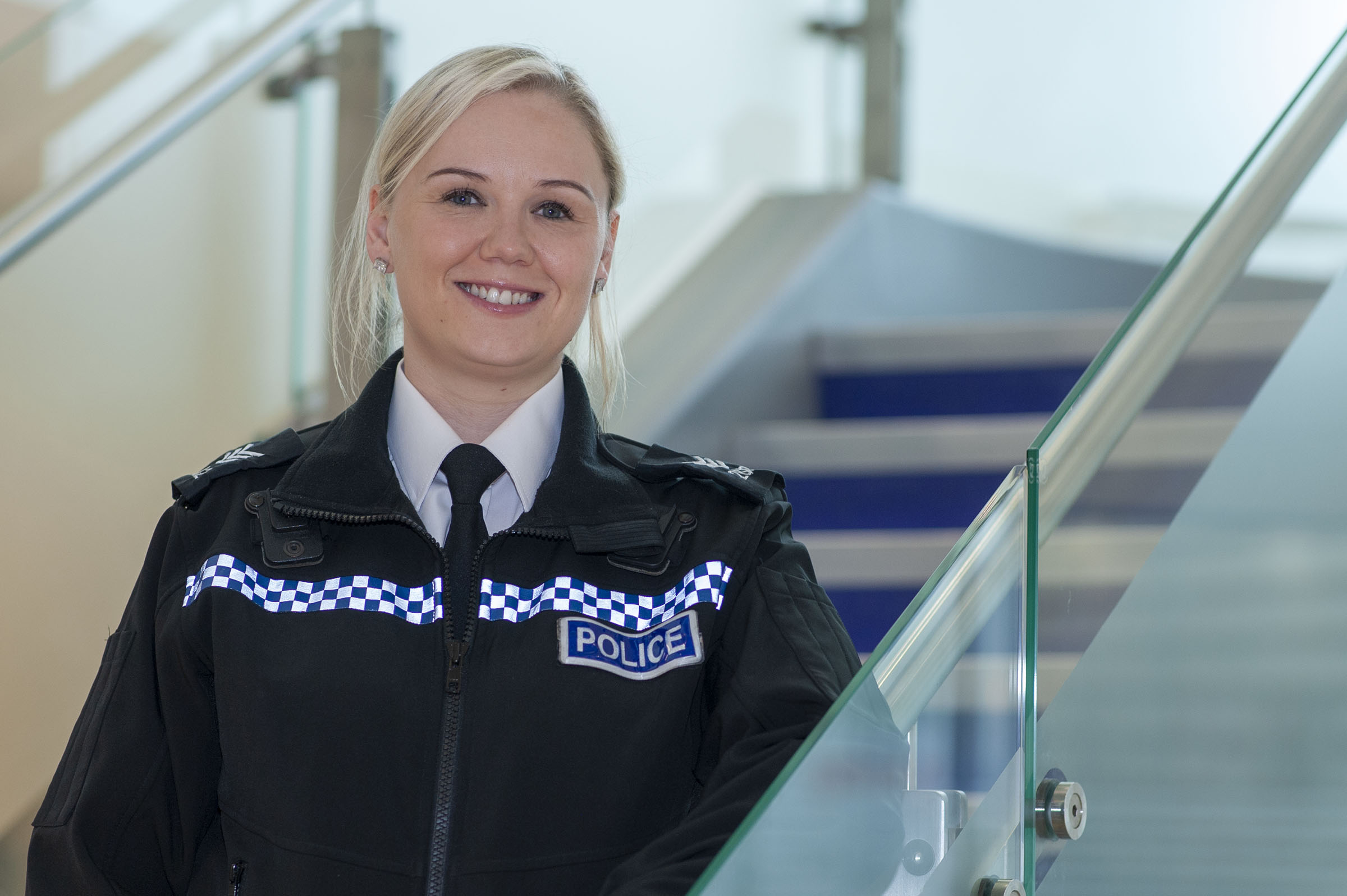 The YOLO Project – an acronym for You Only Live Once – was launched in 2019 and has had many success stories since.

Working with 8-14 year olds, the scheme supports those who are at risk of slipping into a life of crime. The scheme is currently working with 87 young people throughout the Force area.

It’s about showing young, often vulnerable people, that there is another way – anti-social behaviour, knife crime, violence don’t have to be a part of their life. It’s not too late to make a change.

Stacey, who has worked for the Force for 11 years and has a background in child protection, joined the project six months ago. She now works closely with the mentoring teams from the project’s partners – Newcastle United Foundation and Sunderland Foundation of Light – but says it’s not all about football.

She said: “The Foundations are fantastic and play such an important role in engagement and early intervention but it’s not just about football, far from it. A lot of intervention work is about finding out what young people’s passions are and uncovering their talents.

“We’ve recently been working with a young lad who showed an interest in rugby. We’ve helped him join a local club and since becoming involved in something like that the changes have been unbelievable. His skills are being recognised and he can’t get enough of the training. The knock-on effect is that he is happier and is now getting full attendance at school – a real turn around.”

“Being a police officer is not all about pursuing offenders,” Stacey continued. “Where possible we want to stop it happening in the first place and this scheme is dedicated to prevention.

“That’s why I love my job – this work can steer young, impressionable people down a very different path to the one they were on. It’s about changing lives for the better. I really want to see as many young people as possible referred into the scheme so they can benefit from it too.”

Young people can be referred to YOLO through their school, the Force’s neighbourhood policing teams or through the social justice system. Despite being unable to meet face-to-face during the current pandemic, there’s been lots of effort to ensure mentors have kept in close contact with young people through social media groups and phone calls and most recently a Halloween competition initiative designed to encourage families to spend time together at home.

Northumbria Police and Crime Commissioner, Kim McGuinness, is also a keen supporter of the project and has helped fund the scheme through her Violence Reduction Unit.

She said: “Working closely within the community and through early intervention programmes we can give some youngsters a wake-up call. We can show them they are worth so much more to themselves and society if they choose a positive path – but we have to empower them first.

“To fight crime we need to prevent it and YOLO is about doing just that. The results speak for themselves and we’ve seen reduced offending, fewer missing from home episodes – it’s about improving lives and it works. It really is a brilliant scheme.”

To find out more about the project you can get in touch with the YOLO team by emailing yolo@northumbria.pnn.police.uk