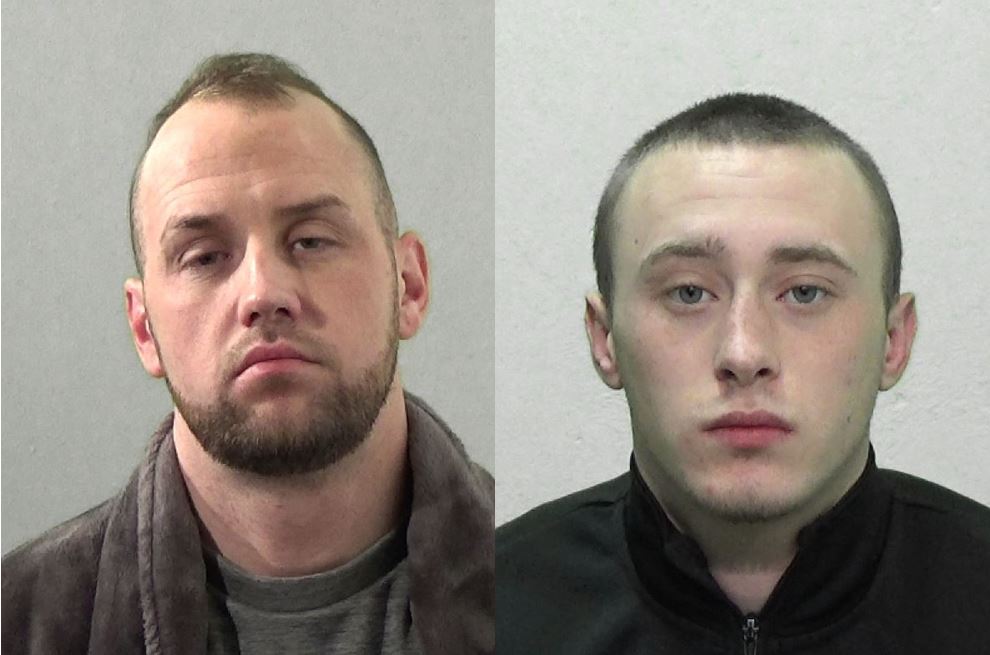 Two callous crooks who flagged down a taxi driver before beating and robbing him have been jailed.

Marc Mackie and Conna Sinclair left the cab driver with a broken nose and facial injuries after stealing cash to fund their drug habit.

The victim was tricked by the pair in the early hours of April 11 after they claimed he had a flat tyre in South Shields.

When the driver got out of the car to take a closer look, he was assaulted by one of the offenders while the other pocketed cash from inside the cab.

Yesterday (Monday) Mackie, 31, and Sinclair, 22, were jailed for a combined total of 11 years as a result of the heartless and cowardly attack.

Detective Sergeant Aidan Hall, of Northumbria Police, said: “This was an appalling attack which left the driver with significant injuries.

“It is absolutely mindless offending and the victim will have to live with the psychological effects of this for the rest of his life.

“Mackie and Sinclair showed a total disregard for their target, subjecting him to a frightening ordeal for purely selfish gain. They wanted money for drugs and were willing to do anything to get it.

“I am pleased that they both now begin a long custodial term and I hope this outcome offers some comfort to the victim, who has shown amazing bravery throughout this case.

“We will not tolerate violence on our streets and I hope this reinforces that – Mackie and Sinclair should be ashamed of themselves and they must now deal with the severe consequences of their actions.”

Newcastle Crown Court heard the driver attended Osbourne Avenue, South Shields, shortly after 2am for a job to pick up Mackie and Sinclair.

After luring the driver out of the cab, one of the men then reined punches and kicks down upon him while the other stole £130 from a draw string bag inside the vehicle.

The driver suffered cuts to his head, a broken nose and bruising behind his ear.

In a statement prepared for court, the victim said: “Before this incident I would work hard as a taxi driver to provide for my family. This included very unsocial hours to provide a service to the public.

“If somebody needed money, I would have given them money – they didn’t have to do this.

“Both the physical and psychological impact of this incident are going to stay with me for a very long time.”

Mackie, of no fixed abode, pleaded guilty to robbery and possession of a bladed article when he appeared at Newcastle Crown Court yesterday (Monday). He was subsequently jailed for six years.

Sinclair, also of no fixed abode, admitted robbery and was sentenced to five years and two months behind bars.