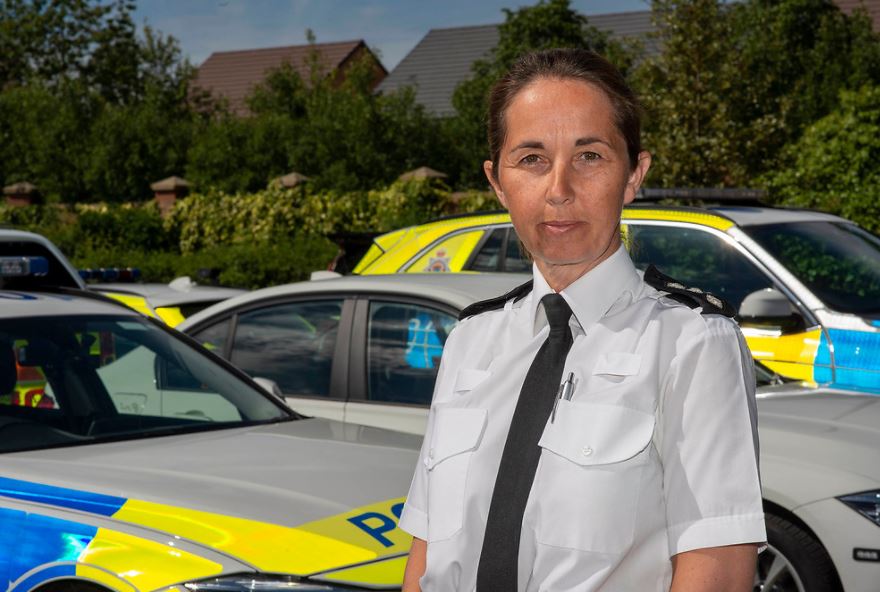 A 100mph motorcyclist has been convicted after hurtling past an unmarked police car – while pulling a wheelie on the motorway.

Officers were entering the A194(M) from the slip road at Follingsby Lane in Gateshead when three motorcycles overtook them in the fast lane at speed.

The cops watched in disbelief after noticing the front rider was performing a wheelie – whilst clearly travelling at high speed in excess of 70mph.

Police followed the motorcycles and pulled over the offender – Lee Embleton, 51, who was subsequently reported for dangerous driving.

Footage showing the dangerous stunt, which happened about 1.30pm on June 23, 2018, was then passed to the Force’s collision investigation unit who were able to accurately calculate Embleton’s speed and prove he was travelling at over 100mph.

Embleton, of Ashwood Grange, Thornley, Durham, pleaded guilty to dangerous driving when he appeared at Newcastle Crown Court on Friday (September 11). He has been handed an interim driving ban and an immediate forfeiture order was made for officers to seize the Yamaha bike.

He will be sentenced at the same court on November 13.

Chief Inspector Sam Rennison, of Northumbria Police, said: “We deal with dangerous driving cases on a regular basis but it beggars belief that somebody would act so stupidly and dangerously on the roads.

“The overwhelming majority of motorbike riders use the roads in a safe manner and respect their own safety as well as other motorists, but Embleton did not and must now deal with the consequences of his actions.

“Unfortunately for Embleton, he decided to carry out the ridiculous stunt right in front of an unmarked police car – and our officers were able to quickly stop him and report him for the offences.

“Not only did he put his own life in danger on the afternoon in question, but also every other road user. His actions could easily have had fatal consequences and I sincerely hope he realises the severity of his actions.

“I would like to thank our fantastic collision investigation unit who were able to dissect the footage and calculate Embleton’s speed – which was clearly above the legal limit and against the law.

“We make no apology for taking robust action against those who flout the law and endanger the lives of others. Our roads are not a racetrack, and it is abundantly clear that Embleton cannot be trusted to use them in a lawful and safe manner.”

Anyone who has dashcam footage of somebody driving in a dangerous or reckless manner can upload the clip at the ‘Report an Incident’ page of our website.