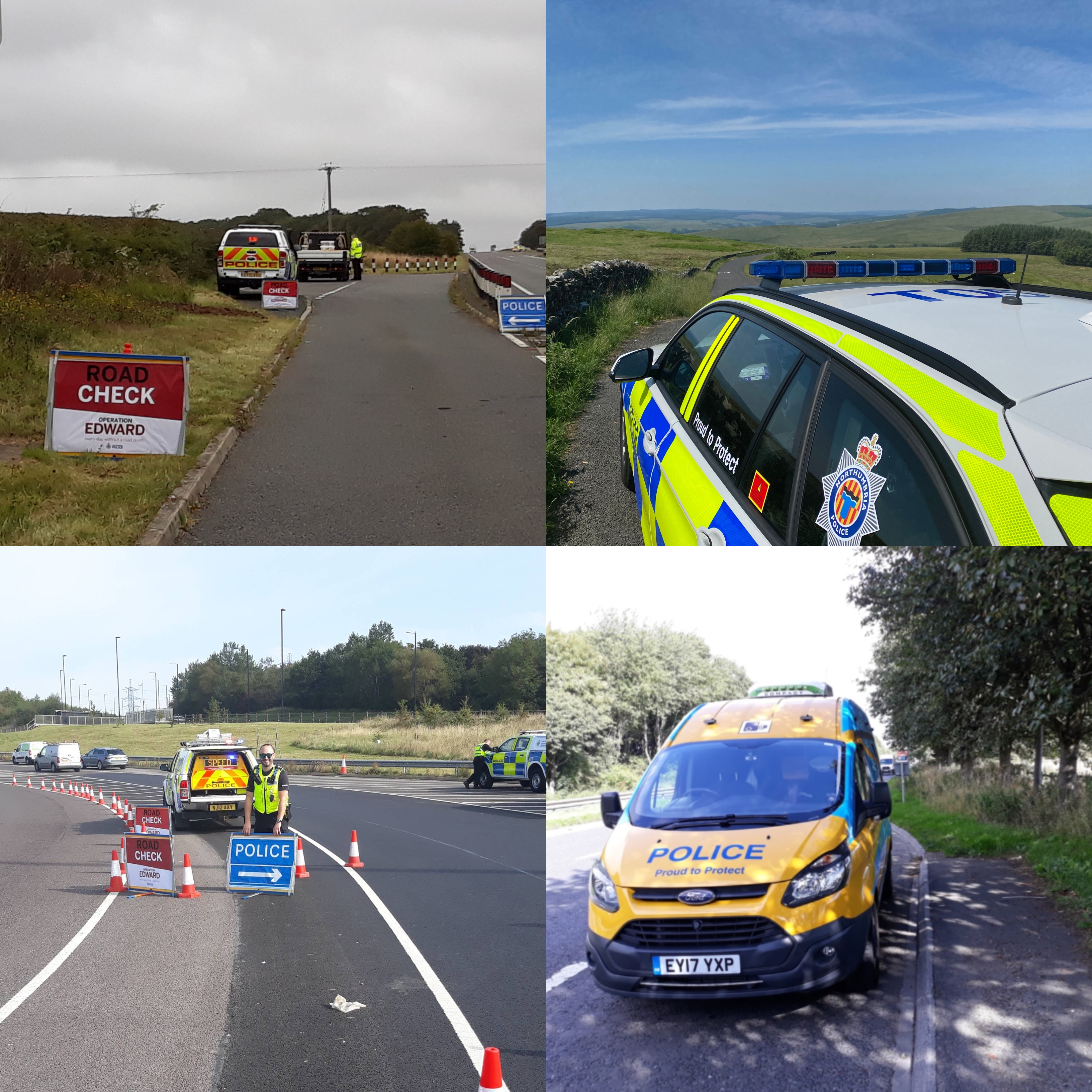 Hundreds of drivers have been stopped by police in one of the biggest road safety operations ever to take place in the region.

Last week a string of specialist teams at Northumbria Police rallied together to support a European-wide week of action dubbed ‘One Road, One Week’.

It saw static check points set up at key locations including the A1 at Washington Services, the Tyne Tunnel, the A1 at Felton in Northumberland and the A697 near Fairmoor.

Over the course of the week hundreds of vehicles were stopped by police to make sure they were taxed, insured and road-worthy.

But the activity also led officers to arrest a total of six people for offences including drugs supply, burglary, dangerous driving and drink and drug driving. Thirteen cars were also seized by police.

He said: “The results from the teams taking part in the Operation were excellent with several criminals and dangerous vehicles being removed off our roads.

“We targeted all types of offences during the week from not wearing a seatbelt to driving under the influence of alcohol and drugs.

“But as we often see, these types of operations inevitably lead to the arrest of offenders suspected to be involved in serious and organised crime.

“A number of people have already been charged and we want the public to know that this is just an example of the work we carry out every single day.

“It was great to take part in the nationwide and Europe-wide campaign for ‘One Road, One Week’ but the hard work doesn’t stop there, we are always out to protect the public 24/7, 365 days a year.

“Anyone found to be breaking the law on our roads will be arrested and, where necessary, we will make sure they are put before a court.”

Enforcement took place at the key locations but there was also a focus on education with engagement events held across the region to speak to the public about road safety.

Information about road safety, and future events, can be found on the Northumbria Police website where you can also report incidents on the ‘Tell Us Something’ page.