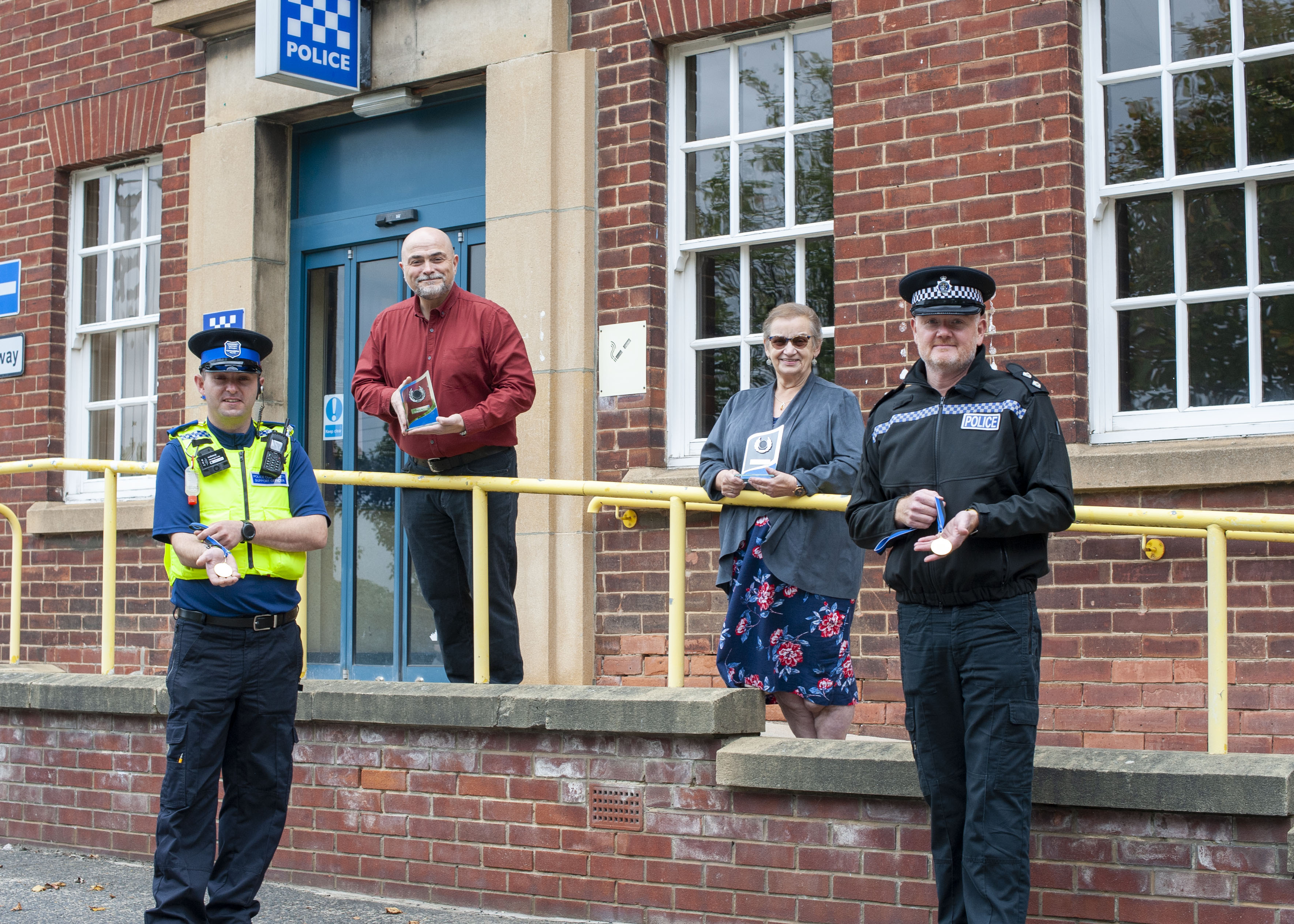 Young heroes who make an outstanding contribution to their community are to be recognised as part of a new Wearside award scheme.

Community support officer (CSO) Daniel Hawksby joined the neighbourhood policing team in Houghton-le-Spring in February and wanted to set up a new initiative that rewards young people who go above and beyond.

After seeing first-hand the delight that it brought his own son, who was presented with an award in a similar scheme run by Durham Constabulary, CSO Hawksby enlisted the support of Sunderland City Council to get a Wearside equivalent off-the-ground.

The Houghton Young Heroes awards has now been set up which will see police and the local authority reward one young person every month who has shown an act of kindness, gone above and beyond in the community or had a special achievement - whether behavioural, academic or something else.

An award will be given out each month and members of the public are being encouraged to nominate young people from Houghton that they believe to be worthy of recognition for the accolade.

“I saw the smile on my son’s face when he received the award from Durham,” CSO Hawksby said. “It may only be a small gesture, but it can make a big difference to a young person’s life.

“We understand that it can sometimes be difficult for children who may feel like their voice is not being heard or their achievements not fully recognised. That can sometimes lead to frustration or apathy which eventually spirals into anti-social behaviour and a possible life of crime.

“So the idea of the Houghton Young Heroes awards is to recognise the many outstanding young people that we have in this area who’ve made a positive difference in their community – it can be for anything, but we want members of the public to put forward who they feel would be worthy recipients.

“We are delighted that Sunderland City Council have supported us with this initiative, and winning an award like this will hopefully give our young people a deserved pat on the back that, in turn, helps build their confidence and self-esteem.”

CSO Hawksby became aware of a similar award scheme being run by Durham Constabulary after his 11-year-old son was recognised for raising just under £4,000 in aid of the Great North Children’s Hospital in Newcastle.

“It’s just something small, but hopefully we can help put a smile on a young person’s face – like my son had when he received his award,” CSO Hawksby said.

“We will be working closely with our schools and youth groups to make sure those deserving young people are put forward for recognition, but also are asking members of the public from Houghton to get in touch and nominate those close to you who you feel would be worthy recipients.”

On Wednesday, CSO Hawksby and Inspector Nick Gjorven were joined at Houghton Police Station by councillors Juliana Heron and Neil MacKnight who delivered a number of trophies and medals that will be presented to winners over the coming months.

Councillor Juliana Heron, Vice-Chairman of the Coalfield Area Committee, said: “We are incredibly pleased to be able to recognise the young people who go above and beyond within our community.

“It is so important to give credit to our residents, especially during the current pandemic. Not only will it allow our wider community to recognise the efforts of these people, but hopefully it will also bring some positivity to people’s lives in this time of uncertainty.

“I look forward to teaming up with Northumbria Police and hearing the uplifting stories about how these children have went out of their way to help our area.”

To nominate, please email 9581@northumbria.pnn.police.uk with a brief summary of the recipient and reasons why they should be considered.