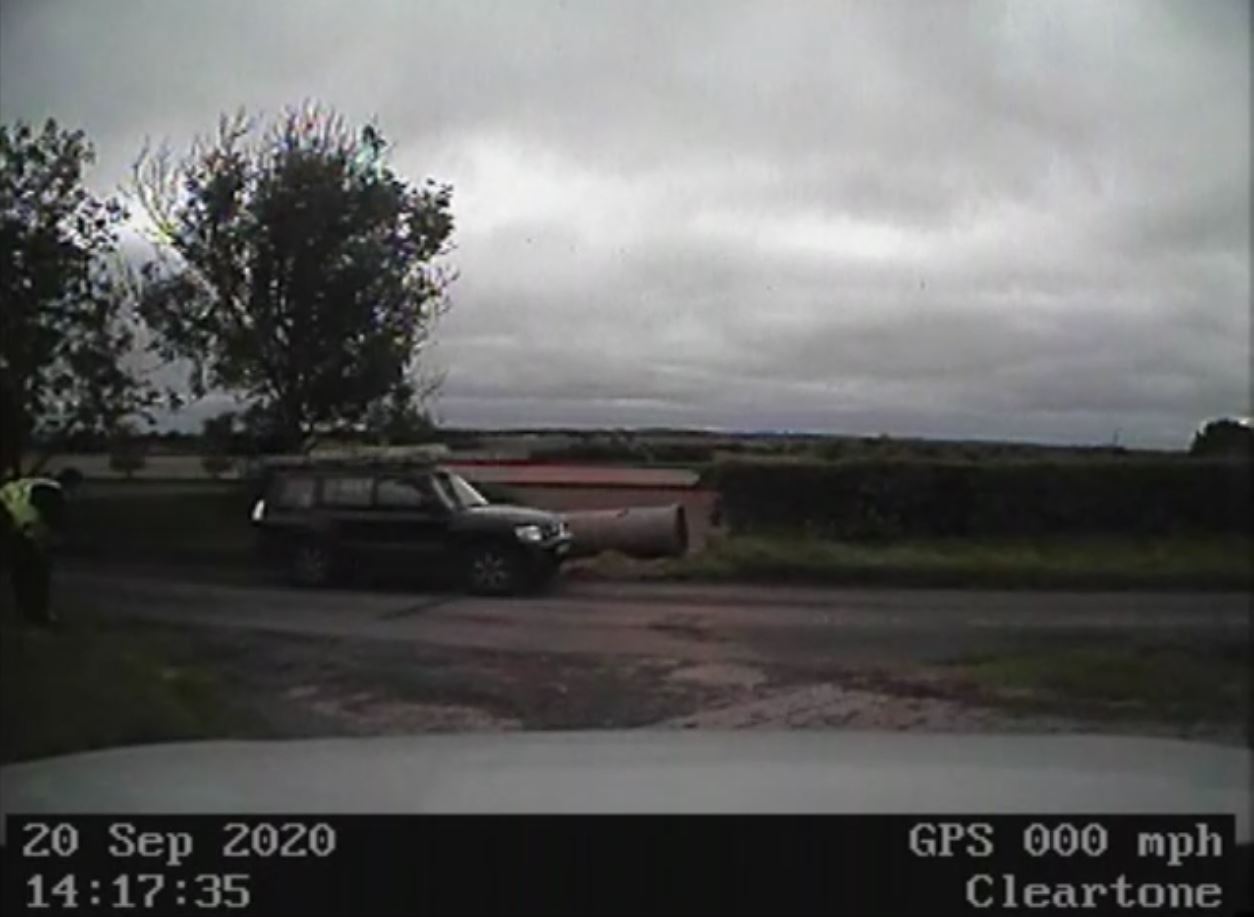 This is the moment a stolen car was brought to a shuddering stop when police deployed a stinger to blow out its tyres.

At about 2pm on Sunday police received a report that a man had stolen a Mitsubishi Shogun in Northumberland.

The victim reported that he had left his car to open a gate near Dinninton Hall at which point a stranger jumped in the vehicle and drove away.

The man got into his wife’s car and made off in pursuit of his own vehicle so he could direct police to the correct location.

Officers took over and witnessed the Mitsubishi being driven at high speeds through Ponteland and Stamfordham towards Morpeth.

Police were able to cut off his route out of the area and a traffic officer then deployed a stinger device to pop the vehicles tyres.

But the officer who deployed the stinger was not done there and was able to run down the suspect and place him under arrest.

The 49-year-old man was taken into custody and today (Tuesday) a top cop has praised the teamwork of those officers who responded.

“A number of officers have worked together to establish the direction the vehicle was heading in and set up a stinger point.

“It has been expertly deployed by one of our specialist traffic officers but he did not rest there and made off in pursuit of the driver.

“The suspect tried to escape through the rural countryside but soon surrendered himself when he saw the officer in quick pursuit.

“It is a fantastic piece of policing and a wonderful example of officers from our specialist Operations teams working together to make an arrest.

“This wouldn’t have been possible if it wasn’t for the actions of the victim in the first instance to think on his feet and provide us with the location of his vehicle.

“I hope this quick response reassures our rural communities that we are committed to safeguarding them against this type of criminality.”

The 49-year-old suspect was arrested on suspicion of aggravated vehicle taking and driving whilst unfit through drink or drugs.

He has since been released under investigation pending further enquiries.