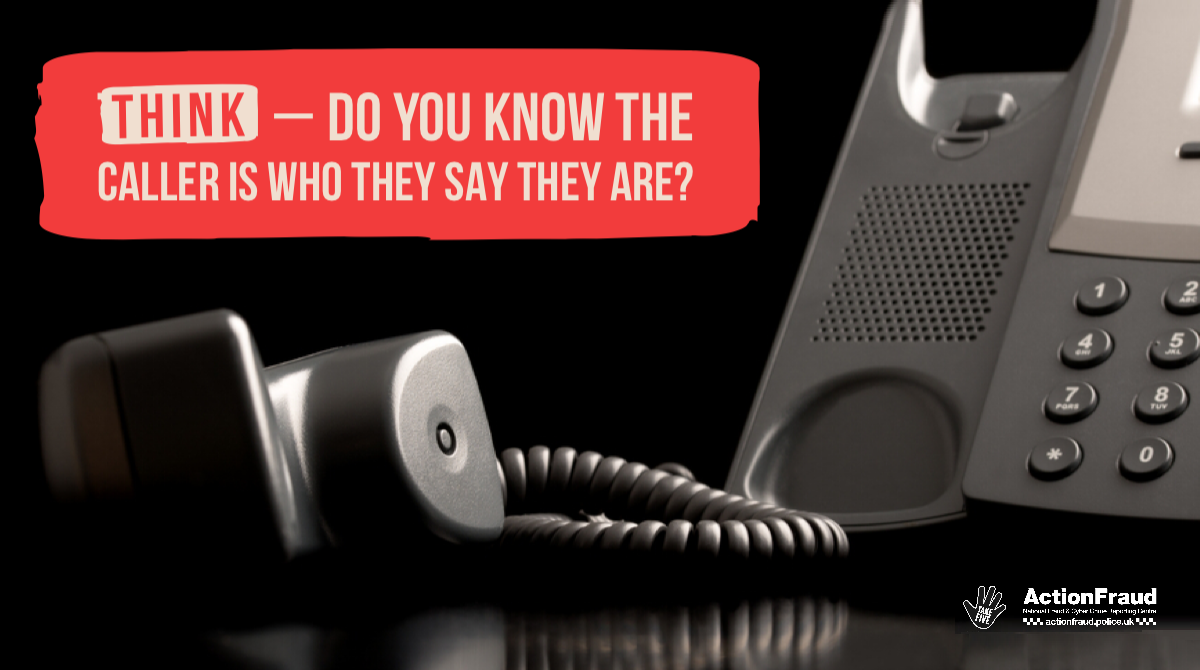 Two suspects have been arrested as part of a North-east investigation into fraudsters who have been targeting the elderly.

Over the last few days, officers in Northumbria and Durham have been made aware of a number of ‘courier fraud’ incidents where victims have been cold-called by a group purporting to be officers from the Metropolitan Police.

The offenders have then attempted to trick their elderly victims, often in their 80s and 90s, into believing they have already fallen victim to a scam and are coerced into sending money, bank cards and other valuable ‘evidence’ to the fraudsters via a courier.

In many cases of ‘courier fraud’, victims are contacted repeatedly and are pressured into handing over high-value items and cash. By the time they realise they have been duped, it is often too late for them to get their money back.

Yesterday (Monday), a man and a woman were arrested in Durham as part of an enquiry into an elderly victim who had been repeatedly targeted and had handed over cash totalling £100,000. They both remain in police custody.

None of the recent reports across Northumbria have resulted in any of the victims handing over cash but one elderly man who had been contacted by suspected fraudsters had gone into a bank in Hebburn to withdraw several thousands of pounds.

Thankfully, the staff at the bank intervened and contacted police before any money exchanged hands.

An investigation is ongoing into each of the incidents, with Northumbria Police and Durham Constabulary working hand-in-hand, and officers have today (Tuesday) urged members of the public to be vigilant to this type of criminality.

Detective Inspector Chris Riley, of Northumbria Police, said:  “This is a very cruel type of criminality that sees fraudsters deliberately target some of the most vulnerable in our community.

“We have been made aware of a spate of incidents across the Northumbria and Durham areas over the last few days which have seen criminals operating in this fashion – and various lines of enquiry are being carried out in order to identify the heartless offenders behind it.

“Yesterday, two suspects were detained in the Durham area and detectives will be speaking to those individuals throughout today to assist the investigation.

“I am now appealing to the public to be aware of this type of criminality and remain vigilant. Please take the time to talk to your loved ones about ‘courier fraud’ and help us reinforce the message that police will never ask anyone to withdraw cash, or send us anything via a courier.

“We are carrying out various lines of enquiry into these recent spates and will continue to do all we can to ensure sophisticated criminals who bring misery to our communities are brought to justice under the banner of Operation Sentinel.”

Detective Inspector Craig Rudd, from Durham Constabulary, added: “These types of scammers are deplorable and will stop at nothing to make a criminal gain. They do not care who they hurt in the process.

“They can be extremely convincing and very persistent, which can blindside their victims into believing them before they take their hard-earned money

“As these people tend to target elderly people, we would urge everyone who has elderly or vulnerable relatives or neighbours to make them aware of this scam and reiterate the advice not to interact with them.

“Remember, police officers or your bank will never ask you to hand over money, or transfer funds. If you receive a call like this do not interact with them - hang up and report it.”