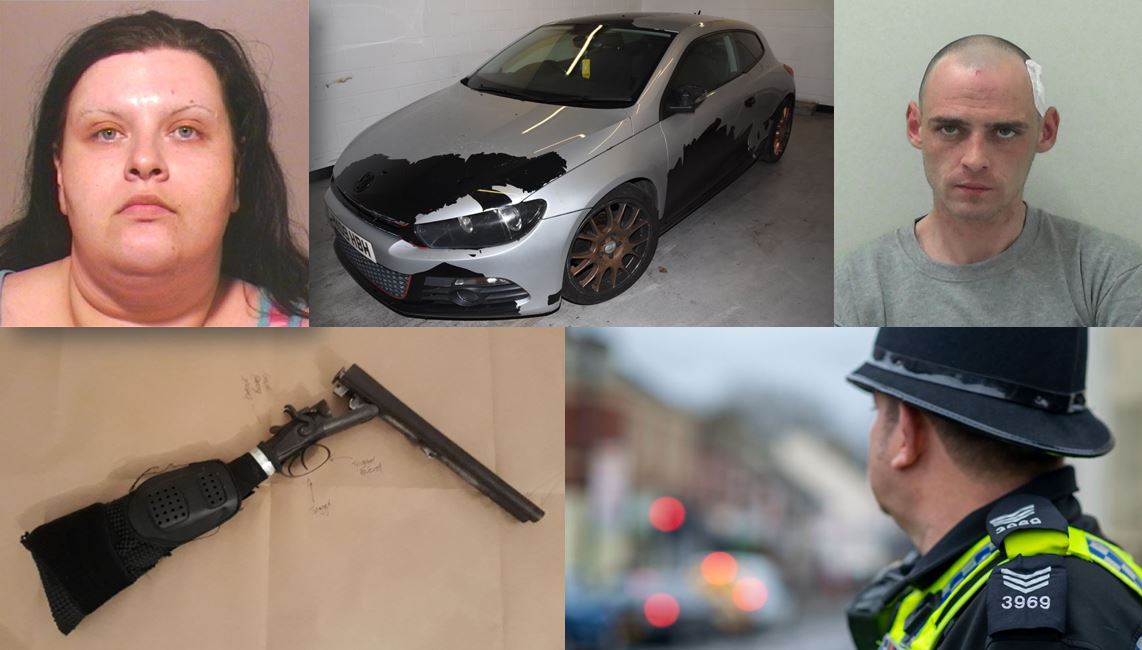 Michelle Wrightson assisted Washington gunman John Dees, who was jailed for 21 years back in May

A woman who assisted a dangerous gunman by helping him cut his hair and alter the colour of his car has been convicted.

John Dees, 34, fired a sawn-off shotgun at a man on a busy Washington street in October 2019, pulling the trigger at point-blank range before fleeing the scene and attempting to cover his tracks.

Dees was sentenced to 21 years behind bars earlier this year after admitting attempted murder, possessing a shotgun with intent to endanger life and criminal damage at Newcastle Crown Court.

In the aftermath of the shooting, as his victim fought for his life, Dees visited friend Michelle Wrightson, 38, who helped him change the colour of his car and provided him with a set of clippers which he used to shave off his hair and beard.

Wrightson, of Gill Crescent South, Fencehouses, pleaded guilty to assisting an offender when she appeared at Newcastle Crown Court yesterday (Wednesday). She is due to be sentenced at the same court on November 12.

Detective Sergeant Steven Brown, the officer in charge of the case, said: “John Dees carried out a cold and pre-meditated shooting in the heart of our community in broad daylight. It was nothing short of miraculous that the victim survived from his injuries.

“As an investigation was launched to track down the offender, Dees visited Wrightson and tried to change the colour of the car he had been driving at the time of the offence, as well as altering his appearance.

“However, that proved unsuccessful and after placing Dees under arrest, officers located the shotgun and unspent cartridges hidden in a rucksack in a vacant address next door to Wrightson’s home.

“Wrightson willingly assisted Dees after he had carried out this appalling offence and I welcome her conviction in court. She now she must deal with the serious consequences of her actions when she is sentenced later this year.”

The victim and two friends were driving in a blue Transit van on October 10 last year when they heard a car horn sounding behind them. After turning around, they saw an incensed Dees in a vehicle acting aggressively towards them.

The trio pulled away but Dees reappeared a short time later in the same vehicle, following them until they pulled over outside the One Stop Shop on Blue House Lane.

As Dees revved his engine loudly, the victim got out of his car and was beckoned to the passenger-side door.

Dees then pointed and fired a sawn-off shotgun at his victim, causing significant injuries including a large gunshot wound to his chest, shattered ribs and damage to his liver.

As his victim fell to the ground and fought for his life, Dees drove off and visited Wrightson. Together, they attempted to cover his tracks by removing his car’s metallic black wrap and peeling off vinyl stickers which were discarded in a wheelie bin.

He had also shaven his head in an attempt to change his appearance when officers located him.

Dees, of no fixed abode, pleaded guilty to attempted murder, possessing a shotgun with intent to endanger life and criminal damage in relation to his police cell and was subsequently jailed for 21 years on May 15.