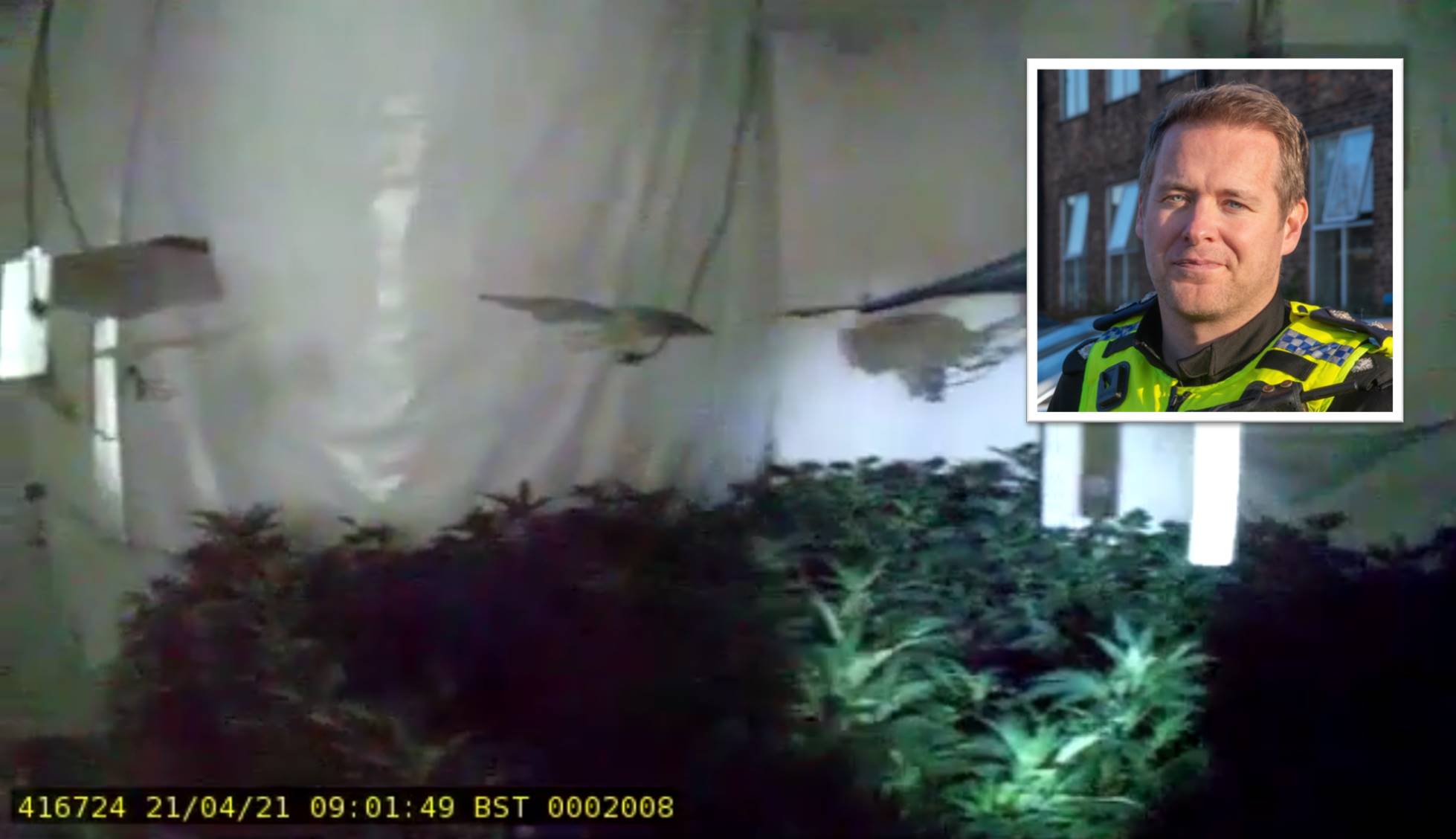 A suspected drug dealer was arrested after he returned to a cannabis farm – just hours after it had been busted by police.

The 56-year-old man was arrested on Tuesday evening after he lost a foot-chase with one of our community support officer’s in the west end of Newcastle.

Earlier that day police had responded to reports of intruders at an address on Canning Street.

Officers arrived at the scene where they found an address had been broken in to and a cannabis farm was being stored inside.

They carried out a search of the area and quickly found a teenage boy nearby carrying a black bin bag stuffed with cannabis offcuts.

He was arrested, along with another teenage boy who had been identified as being involved in the break-in, and the address was cordoned off to allow officers to carry out their enquiries.

But just seven hours later another suspected drug dealer was left stunned when he turned up at the property – and found a CSO guarding the scene.

He attempted to make off on foot but he was not match for the fleet-footed officer who was able to detain him until support arrived at the address.

The 56-year-old was arrested and now a senior officer at Northumbria Police has praised the swift actions of the neighbourhood bobby.

Neighbourhood Inspector Dave Carruthers said: “All three of these suspects have tried to outrun police but none of them have been a match for our officers.

“We initially had a call from an eagle eyed member of the public about a burglary and so we were able to ensure officers were quickly deployed to the scene.

“We believe those responsible knew what was inside and were trying to gain entry to steal cannabis plants that were being grown by drug dealers.

“Those teenage boys were quickly brought into police custody before another suspect literally walked right into our hands a few hours later.

“I want to praise the efforts of our police officers and community support officers who have diligently served on a cordon and been rewarded with another arrest.

“We also want to thank the member of the public who made the initial call because reports like this allow us to put a dent in the pockets of organised crime.”

All three suspects have been released under investigation pending further enquiries.

Anyone with information about drug dealing is asked to report it online at the ‘Tell Us Something’ pages of the Northumbria Police website.

You can also call police on 101 or report information anonymously to the independent charity Crimestoppers on 0800 555 111.