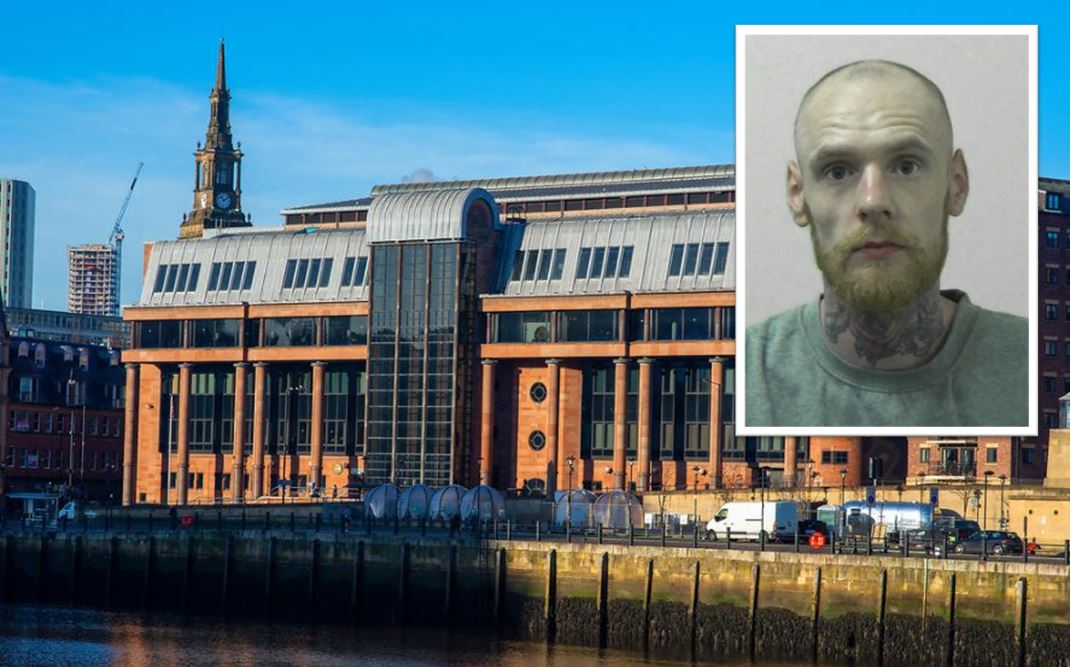 Jordan Bell, 27, sadly died after hitting his head off the concrete following the attack in Sunderland

A former amateur boxer faces jail after killing his brother with a single punch following a blazing street row.

Dominic Robson (pictured) inflicted a fatal injury on his 27-year-old sibling Jordan Bell following an evening out in Sunderland on July 10 last year.

The brothers were seen enjoying a drink together in Joseph’s Bar shortly before 8pm – but their relationship turned sour after Robson’s girlfriend arrived to join them.

Twenty six-year-old Robson became annoyed with Jordan who he accused of making sexual comments or jokes to his partner.

After all three left the pub, an argument continued in the street and led to Robson swinging a punch at his brother – knocking him to the ground and leaving him with catastrophic injuries when Jordan hit his head off the concrete.

Robson admitted punching his brother but initially denied manslaughter, claiming he was acting in lawful self-defence.

But yesterday (Tuesday), on the day of his scheduled trial, Robson admitted manslaughter at Newcastle Crown Court. He is due to be sentenced later this year.

Detective Inspector Phil Bowles, of Northumbria Police, said: “This is a tragic case that once again highlights the horrendous and irreversible consequences that throwing a punch can have.

“Earlier that evening, both brothers were enjoying a beer together but what began as a friendly catch-up turned into a nightmare.

“The impact of the single punch thrown by Robson caused Jordan to fall backwards and hit his head off the pavement, suffering injuries that he was unable to survive from. Our thoughts remain with Jordan’s family at this devastating time.

“I sincerely hope this case acts as a serious reminder to everybody about what can happen when you throw a punch. Robson’s decision that night has not only taken away his brother’s future, but ruined several lives forever.

“Robson made a choice when turning to violence and sadly that decision has had heart-breaking consequences.”

The court heard former amateur boxer Robson and Jordan were brothers but grew up apart after they were adopted by different families when they were young.

On the evening in question, staff at Joseph’s bar saw the siblings engaged in a heated argument following alleged sexual comments that Jordan had made to Robson’s girlfriend.

The group left the bar about 8.45pm and walked down the street – with the fatal blow being delivered moments later on Holmeside.

Robson, of Birchwood, Sunderland, will be sentenced at Newcastle Crown Court on July 8.