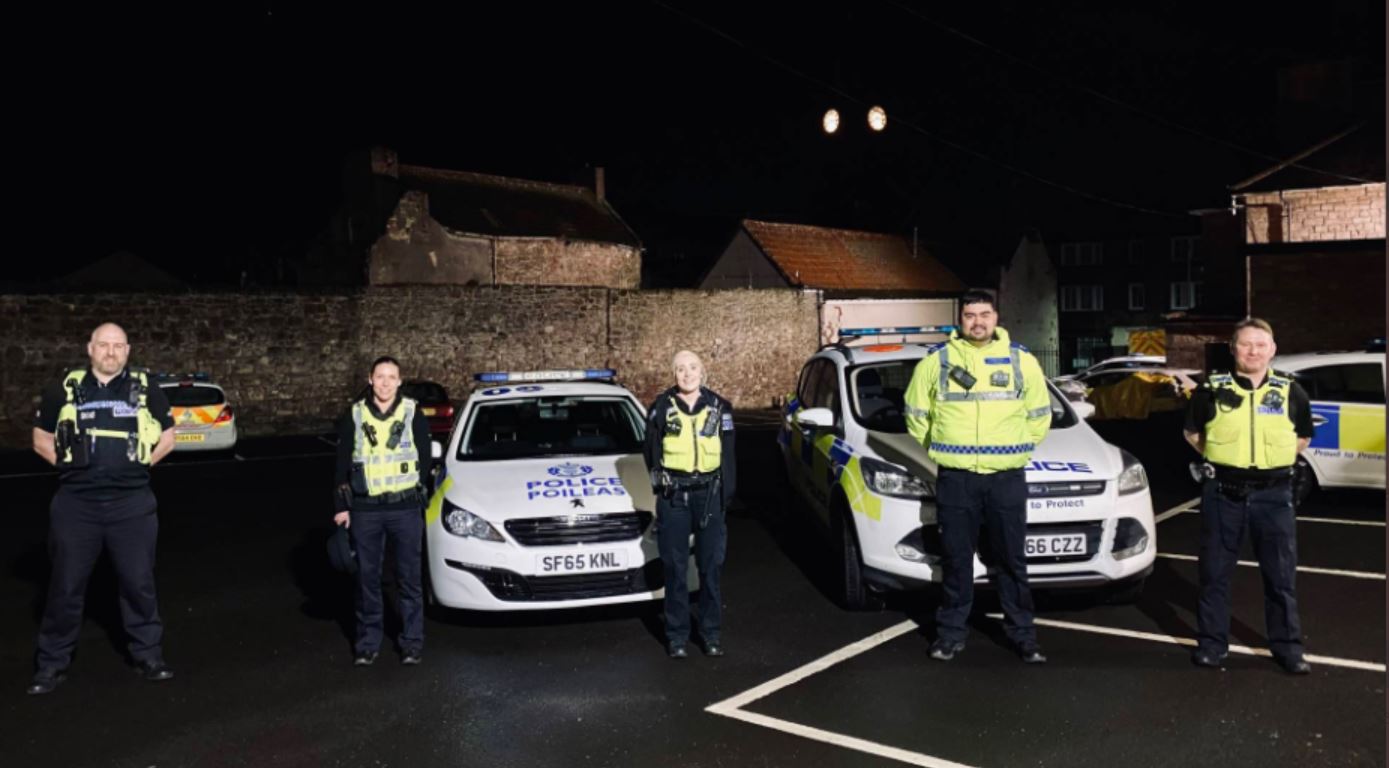 Northumbria Police have joined forces with officers across the border to crackdown on anti-social-behaviour in Berwick.

The initiative was set up in response to concerns raised by residents about the behaviour of some teens in the area who were continually hosting cross-border gatherings of up to 30 people, complete with alcohol.

As part of the operation uniformed officers and plain-clothed cops have already been carrying out dedicated patrols in problem areas to detect and disrupt crime, stop and search suspects and offer reassurance to residents.

So far dozens of teens have been given warnings for Covid breaches, numerous bottles and cans of booze have been confiscated and one 16-year-old found in possession of a knife has been arrested.

And there are no plans to slow the operation down, with weekends of action planned for the next four weeks.

Inspector John Swan, who leads the Berwick Community Team, said: “I appreciate this has been a difficult year for everyone, especially children who have been home-schooled and kept apart for much of the year, but that does not excuse the behaviour of a minority of teens who have causing misery to the area with their anti-social behaviour and flouting of Covid rules.

“There has been a hugely disappointing series of incidents that has seen a number of children driven home by officers, handed warnings and their parents spoken to about their behaviour.

“One child was found in possession of a knife, a far from harmless object to be carrying, especially with alcohol in the mix – this type of behaviour simply won’t be tolerated and offenders will face action.”

He added: “With the holidays now in full swing we are asking parents and carers to work with us over the Easter period and make sure you know where your children are, who they are with and that they are adhering to Covid rules.

“No parent or carer wants a knock at their door from police, so please work with us.”

Anyone who wants to report anti-social behaviour can do so by visiting the ‘Tell us Something’ section of our website or calling 101.