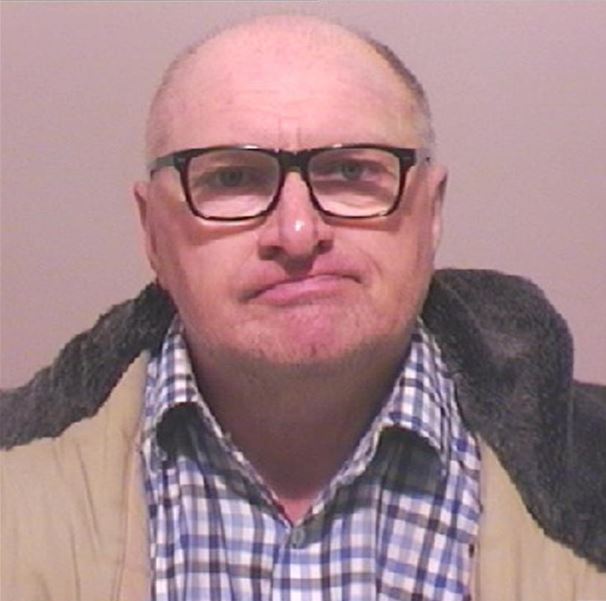 Gustafson, of South Shields, groomed and sexually assaulted both of his victims in the 1980s

A sexual predator who preyed on two teenagers has been brought to justice – after hiding his despicable crimes for more than 30 years.

Steven Gustafson has admitted five counts of sexual assault dating back to the 1980s when he groomed and sexually assaulted two teenage boys.

Gustafson, 63, committed the appalling acts in Newcastle and Sunderland after befriending the boys, who were both aged 14.

It was not until 1999 that one of his victims bravely disclosed what Gustafson had done to them – but the case collapsed in court due to evidential difficulties.

However, after a second boy came forward in 2017 confirming Gustafson had abused him as a child, a fresh investigation was launched – and the historic case also reopened.

Now, after new evidence came to light, Gustafson pleaded guilty to five counts of sexual assault on a child when he appeared at Newcastle Crown Court on April 13.

He has been remanded in custody and is due to be sentenced at the same court later this year.

PC David Gibson, who led the investigation, said: “First and foremost, I would like to pay tribute to both victims for their amazing bravery and cooperation throughout this difficult case.

“They should be incredibly proud of themselves and this conviction simply would not have been possible without their courage and determination.

“It was absolutely imperative that the person responsible for committing these abhorrent crimes against two teenage boys was brought to justice.

“I sincerely hope this outcome can offer some comfort to both – as well as send out a strong message to other victims of sexual offences.

“Regardless of how long ago the offence took place, we will do everything we can to bring perpetrators to justice. Gustafson lived with this dark secret for many years believing he was above the law and was not going to be caught. Now, he must deal with the consequences of his appalling actions.”

Detective Chief Inspector Sean Mcguigan also praised PC Gibson for his hard work which has resulted in a dangerous sexual predator being taken off the streets.

Det Chief Insp Mcguigan said: “This has been a hugely difficult case and I would like to commend PC Gibson for his amazing work ethic and determination to provide justice for both of the victims.

“He spent dozens of hours pulling together a compelling case to be presented in court, and that hard work has been rewarded.

“On cases like this, it is only natural for any officer in charge to feel a sense of personal responsibility to try to get the right result for his victims, in order to reward their bravery and the trust they have instilled in them.

“I am therefore absolutely delighted that Gustafson has been brought to justice, and I have no doubt that this conviction would not have been possible without PC Gibson’s outstanding contribution.”

Gustafson, of Gordon Road, South Shields, is due to be sentenced at Newcastle Crown Court on a date to be fixed.