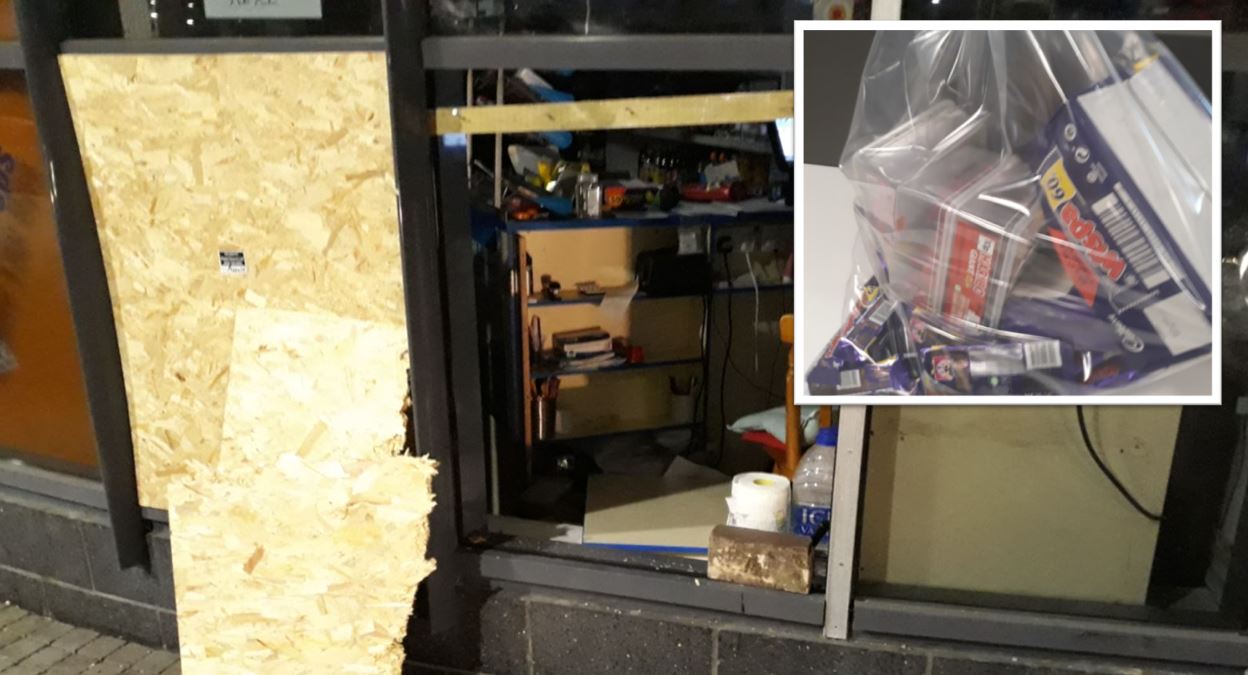 Two sugar-craving suspects were arrested after being found with a stash of suspected stolen chocolate bars and fizzy drinks following a newsagent raid.

Officers were called to Jordan’s Metro News on Park Lane in Sunderland shortly before 3am today (Thursday) following a report of a burglary.

It was reported that two offenders had broken into the store and stole a variety of goods before making off on foot in the direction of Benedict Court.

Hoping to catch the suspects in the act, police were deployed within a matter of minutes – and found a claw hammer left discarded at the scene.

Working with Sunderland City Council’s CCTV camera operators, officers then spotted a man and a woman who appeared to be fleeing the area, and a foot-chase ensued.

After a short game of hide and seek, police located two suspects – as well as a stash of suspected stolen chocolate bars, Red Bull and vape liquid.

A 40-year-old woman and a 33-year-old man were both arrested on suspicion of burglary.

However, the male was seemingly unwilling to come into custody quietly and is alleged to have hurled racist abuse at one of the arresting officers, before spitting in the direction of another officer.

Chief Inspector Nicola Wearing, of Northumbria Police, said: “This was a brazen crime as offenders forced their way into a popular newsagent and ransacked the shop, making off with hundreds of pounds worth of goods.

“After being notified of the burglary, our officers were on the scene within minutes and were able to identify two suspects after some excellent teamwork with the council’s camera operators.

“Thankfully, we were able to retrieve some of the suspected stolen items that were found discarded near to where the two suspects were detained.

“However, the actions of one of those arrested were completely unacceptable, with the man said to have hurled racist insults at one of our PCs and spat at another.

“Officers come into work expecting to be faced with tricky or volatile situations, but it’s always disappointing when they are faced with such hate and hostility. I would like to thank all those involved for their professionalism and dedication while apprehending these suspects.”

The man and woman arrested will be interviewed throughout the course of the day in connection with the break-in and the other alleged offences.

Anyone who sees anything suspicious in their community is asked to report it to police by using the ‘Tell Us Something’ page of our website or by calling 101.