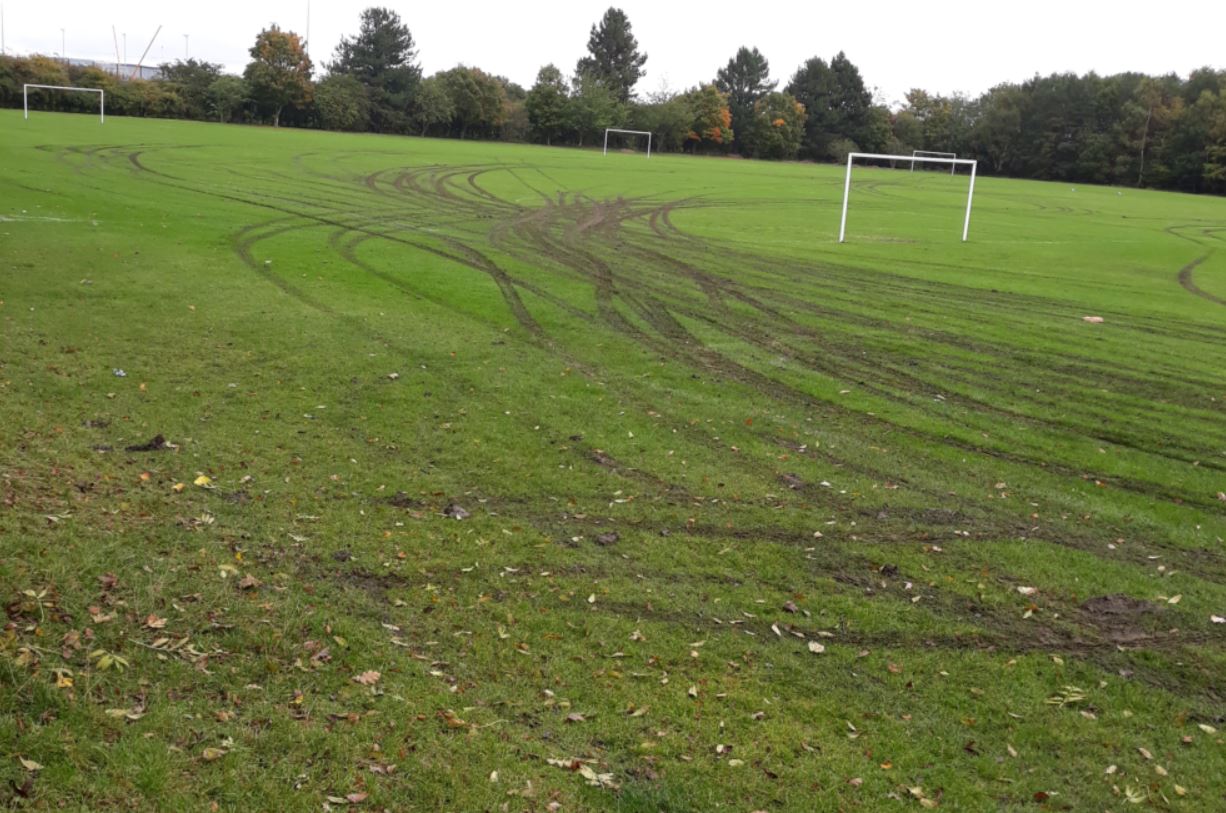 The damage at Washington AFC's home caused significant upset and cost more than £2,000 to repair.

Two men are due in court charged with tearing up football pitches by deliberately driving a car over the grass.

Thousands of pounds of damage were caused to the Northern Area Playing Fields in Washington, home to Washington AFC, after the pitches were cut up by rutted tyre tracks in October 2020.

The vandalism caused a huge amount of upset within the community and cost more than £2,000 to repair.

The incident prompted plans that have recently been approved by Sunderland City Council, who lease the pitches to the club, to erect a new high fence, pedestrian gates and a vehicle gate to deter future damage at the site.

An investigation was launched into the damage with officers carrying out various lines of enquiry in a bid to locate those responsible.

Now two men – from Ryton and Morpeth – are due to appear in court charged with a string of offences relating to the damage.

Sergeant Patrick Scott, of Northumbria Police, said: “It is always disappointing to see such mindless damage and there’s no question that it caused significant anguish for the club and those in the community.

“As a result, we are committed to ensure anybody found to be responsible is brought to justice for these crimes.

“I would ask that the public avoid speculation and respect the live criminal proceedings that are ongoing, but I would like to thank the community for their cooperation and support over the last six months.

“We will not tolerate intentional acts of criminal damage and will continue to pursue the minority of individuals whose irresponsible and reckless actions bring misery to those who live in our area.”

Fiona Brown, Executive Director of Neighbourhoods for Sunderland City Council, added: “It is disappointing to know that a small minority of residents continue to show little respect for our city, and spoil things for the rest of the community.

"Sunderland City Council will continue to work with Washington AFC and Northumbria Police to target those individuals who think this type of behaviour is acceptable.

“We can and we will take action against anyone who is caught taking part in anti-social behaviour. If you know of anyone involved in this sort of behaviour, I encourage you to report it to Sunderland City Council, and we will act accordingly to ensure that residents remain happy and safe.”

Both men are due to appear before magistrates in South Tyneside in June.