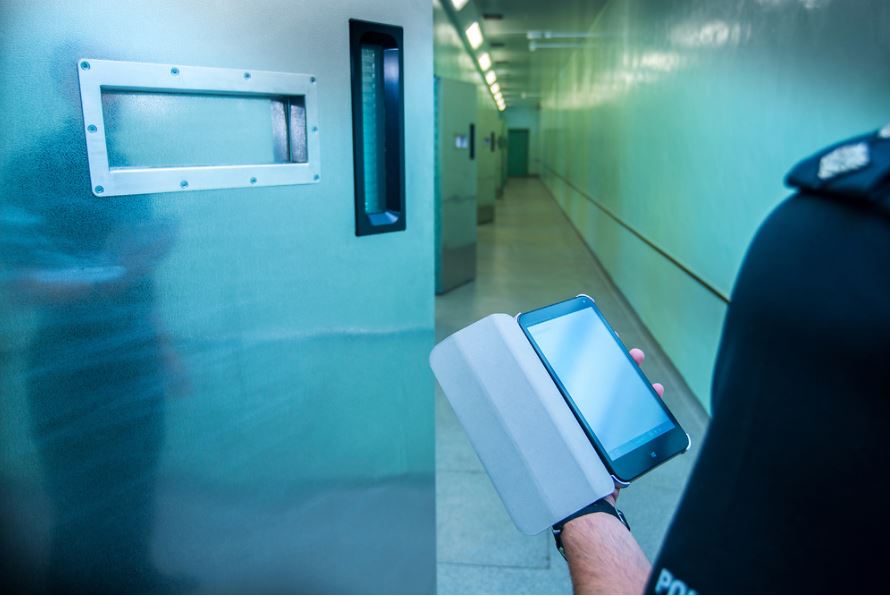 Two suspected thieves received an almighty shock as officers investigating a van break-in turned up at their door – after tracking a stolen iPad from the crime scene.

On Thursday morning (April 22) police received a report of a theft after offenders broke into a van parked in the Winslow Close area of Boldon Colliery overnight.

The raiders made off with more than £1,000 worth of work tools along with an iPad during the night-time theft – with the victim waking up the next morning to find his valuables gone.

But after consulting the ‘Find my iPad’ app on his phone, the victim informed police that the stolen items were showing up at an address in South Shields.

Sure enough, officers turned up at the home and arrested a 27-year-old man and a 31-year-old woman on suspicion of handling stolen goods. They were both taken into custody for further questioning.

Inside the address, officers located the stolen tools and iPad – along with a range of other suspected stolen items. Enquiries are ongoing into the discoveries.

Detective Inspector Neal Craig, of Northumbria Police, said: “This was a fantastic outcome as officers worked with the victim to track down two suspected thieves.

“Not only did officers manage to reunite the victim with his possessions, but upon searching the address, they also located various other valuables which are believed to have been stolen.

“We are now carrying out a number of enquiries to determine whether the items are indeed stolen, and reunite them with their rightful owners.

“I would like to thank the victim in this case for their cooperation, and hope this positive outcome reinforces our determination to take swift and robust action against thieves and burglars.

“We will continue to carry out patrols across our communities in a bid to pursue perpetrators and ultimately bring them to justice – but would ask the public to continue to be our eyes and ears.

“If you see anything suspicious, or if you have been a victim of crime, always get in touch and report it to us.”

The man and the woman arrested remain under investigation with a number of items from the address seized by police.

Anybody who sees anyone acting suspiciously in their community is asked to contact police via the ‘Tell Us Something’ page of our website or by calling 101. In an emergency or if a crime is happening then always ring 999.