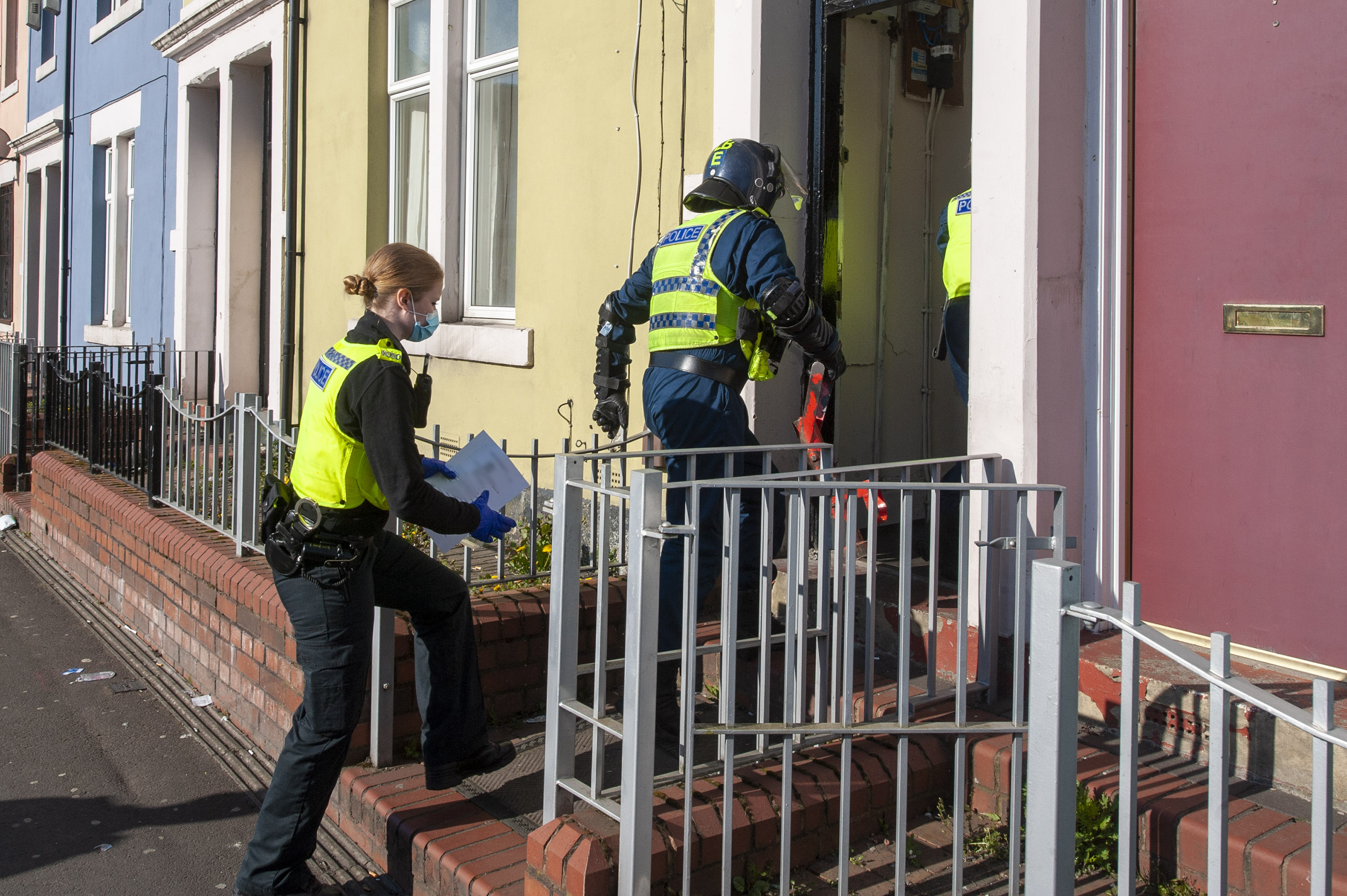 Why we need the public's help in tackling modern day slavery

“No one should be trapped in a life of servitude.”

We’re asking for the public’s help in eradicating modern day slavery as we support a national crackdown on human trafficking.

Slavery, which can take many forms, often ranges from sexual exploitation to forcing vulnerable people to commit crimes, work for little to no pay in horrendous conditions and even to pay off unrealistic debts.

The pledge comes days after the launch of Operation Aidant – a dedicated nationwide push to disrupt the criminal gangs who deliberately exploit and deceive those in search of a better life.

It also follows dawn raids in the west end of Newcastle this week that saw four women safeguarded who are believed to have been trafficked from Romania and employed as sex workers in the city.

Detective Chief Inspector Graeme Dodds from the Force’s Complex Abuse Unit has called on people to recognise the types of slavery which exist in order to help them spot the warning signs.

He said: “Modern day slavery and human trafficking are some of the most appalling offences we deal with as they strip people of their liberty and their dignity.

“What makes it so hard to spot is that it takes many forms and can affect absolutely anyone from any background, or walk of life, at any time.

“Slavery does not just mean sexual exploitation, it could be forced labour with no pay, or victims being lured to an area under false pretences and then having their identification and means to get taken away.

“I can assure our communities we take all forms seriously and under Operation Sentinel, our regional initiative to tackle organised crime, take proactive measures to clampdown and disrupt those behind it as well as safeguarding victims.”

In recent years, the Force has successfully prosecuted a number of traffickers for snaring and trapping victims into a cycle of misery and abuse.

Hargit Singh Bariana was jailed for eight-and-a-half years after he was convicted of forcing men to work more than 90-hour weeks in return for takeaways. The disgraced landlord would target vulnerable men – all white British and suffering from addiction problems – forcing them to clean sewage pipes by hand and work without a wage in their bare feet.

Organised criminals Roman and Marian Rafael were also jailed for a combined total of 20 years for trafficking vulnerable people from Slovakia and the Czech Republic, forcing them to work for a pittance.

Det Ch Insp Dodds added: “Some of our activity has also seen a number of large-scale cannabis farms dismantled, and those forced to work in them, usually from Vietnam safeguarded from harm.

“We’re asking people to spot anything unusual and let us know - does someone come and go from address at strange times, are there are a lot of different people coming and going from a property? Does something just seem off? If that’s the case then we’d like to know about it.

“These crimes can often be hidden from sight which is why we are calling on the public to be our eyes and ears and help us spot anything we might have missed.”

Anyone with concerns about crime and human trafficking can call the Modern Slavery Helpline on 08000 121700.

The Helpline is confidential and independent, providing information, advice and guidance to potential victims, businesses, statutory agencies such as the NHS and police, and the public about any modern slavery issue.

To report suspicious activity visit the Northumbria Police website and use the Tell Us Something page, or call Crimestoppers anonymously on 0800 555 111.