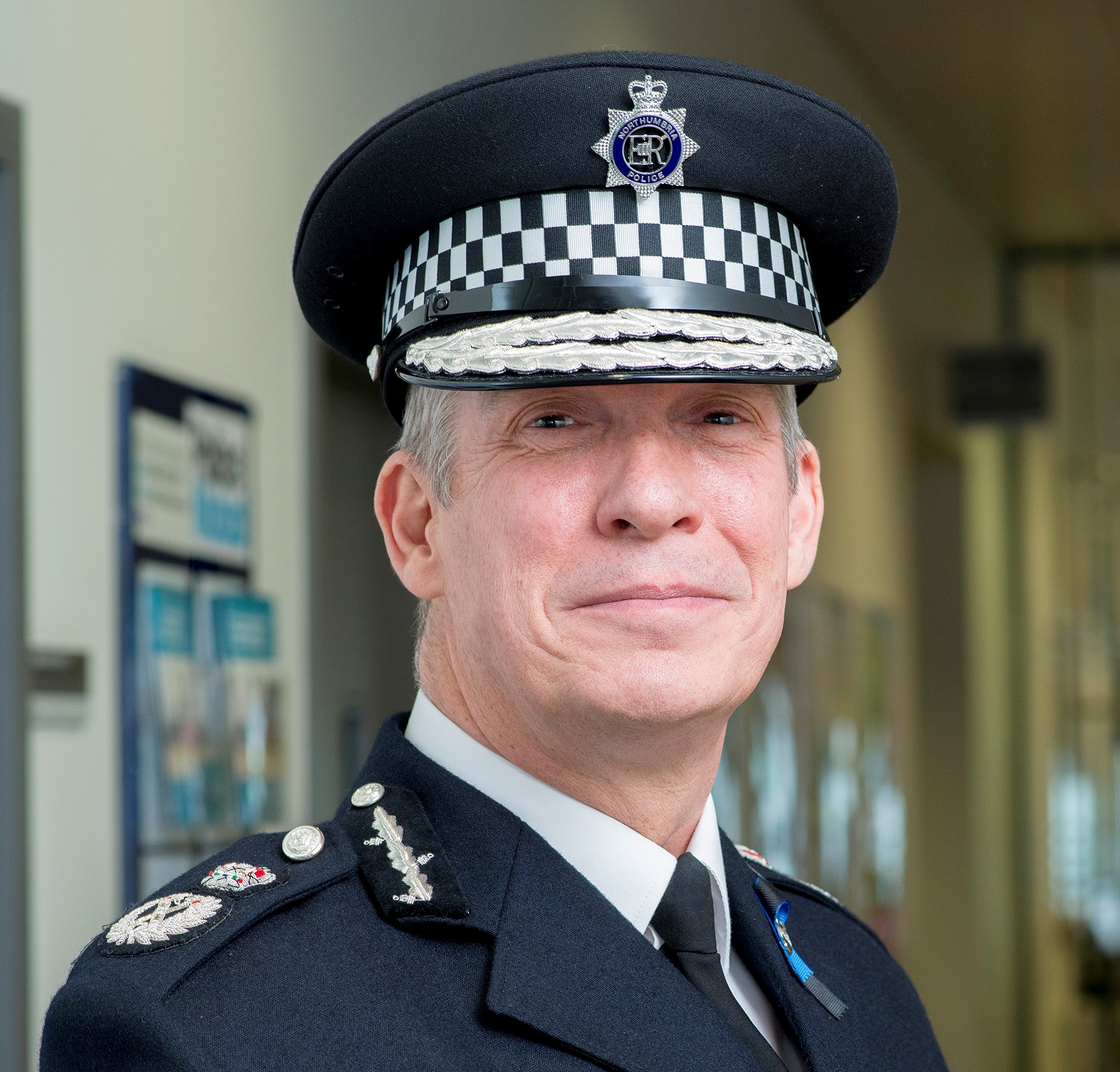 The Chief Constable of Northumbria Police says he is “deeply humbled and extremely proud” to be named in the Queen’s New Year Honours.

Winton Keenen has received the Queen’s Police Medal for Distinguished Service – after dedicating his entire career to the one Force and the communities of the North East.

He said: “I consider this honour to be something that represents the commitment and hard work of all those dedicated members of Northumbria Police, who must share this recognition for the way they go about ensuring we provide the very best service possible to the communities we are so privileged to be a part of here in the North East.

“On a personal note, I am deeply humbled and extremely proud to receive the award.

“When I started my policing career, some 36 years ago, like those around me, I wanted to make a difference to people’s lives and I believe, as a Force, that is what we seek to do every single day – I am extremely proud to work alongside exceptional officers, staff and volunteers.

“I would like to take the opportunity to thank those like-mined people I have had the pleasure to work alongside and all of those colleagues across our partner agencies who contribute so positively to our region.

“I also wish to express my sincere and grateful thanks to our wide, rich and diverse communities – as it is them who truly make this region what it is and it is they, in reality, who have made my career so worthwhile.”

The official announcement confirming the award, states Chief Constable Keenen “has deliberately and successfully led Northumbria Police to achieving the very highest levels of public-confidence and citizen safety; as well as becoming the most representative, inclusive and most wellbeing focussed the Force has ever been”.

This is further highlighted with the Force having the highest levels of public confidence of any in the country.

The announcement also acknowledges the difference Chief Constable Keenen has made to the region, stating: “He has created strong relationships with external partners that have benefited the way in which not only Northumbria Police functions but also the local area and people.”

It goes on to add: “He is passionate about celebrating the diversity of the North East and his commitment to this is clearly evident. The number of faith and community leaders that wished to support his nomination is humbling.”

Chief Constable Keenen began his policing career in 1985 as a PC on patrol in Sunderland.

From there, he rose through the ranks and worked across a number of areas, including Serious and Organised Crime, Professional Standards, Force Intelligence and Special Branch.

In 2003/04, he was posted to Iraq as the first Contingent Commander for the deployment of UK non-military police officers – and was responsible for setting-up a police training academy and advising local senior personnel.

In March 2018, he was appointed to the role of Chief Constable. Among his priorities were to protect the most vulnerable in our society and bring the Force closer to the communities it served.

He said: “The North East is my home and it was an honour to be appointed as Chief Constable of Northumbria Police.

“Throughout my time in policing, I have witnessed many changes and there have been numerous challenges faced and I am certain there are more to come.

“We are seeing demand on policing increase and become ever-more complex, but as well as additional pressures this also presents opportunity – to innovate and find new ways to tackle crime to help ensure the North East remains one of the safest places to live, work and visit.”

Chief Constable Keenen added: “I have always considered myself extremely fortunate to live and work in such a beautiful, vibrant and safe part of the country. Add to this the incredibly cohesive communities we are a part of and you cannot help recognise this region really is a very special place.

“I would like to take this opportunity to wish everyone a safe and happy New Year – all the very best for 2022.”

Chief Constable Keenen will be presented with his medal at a time and place to be confirmed.