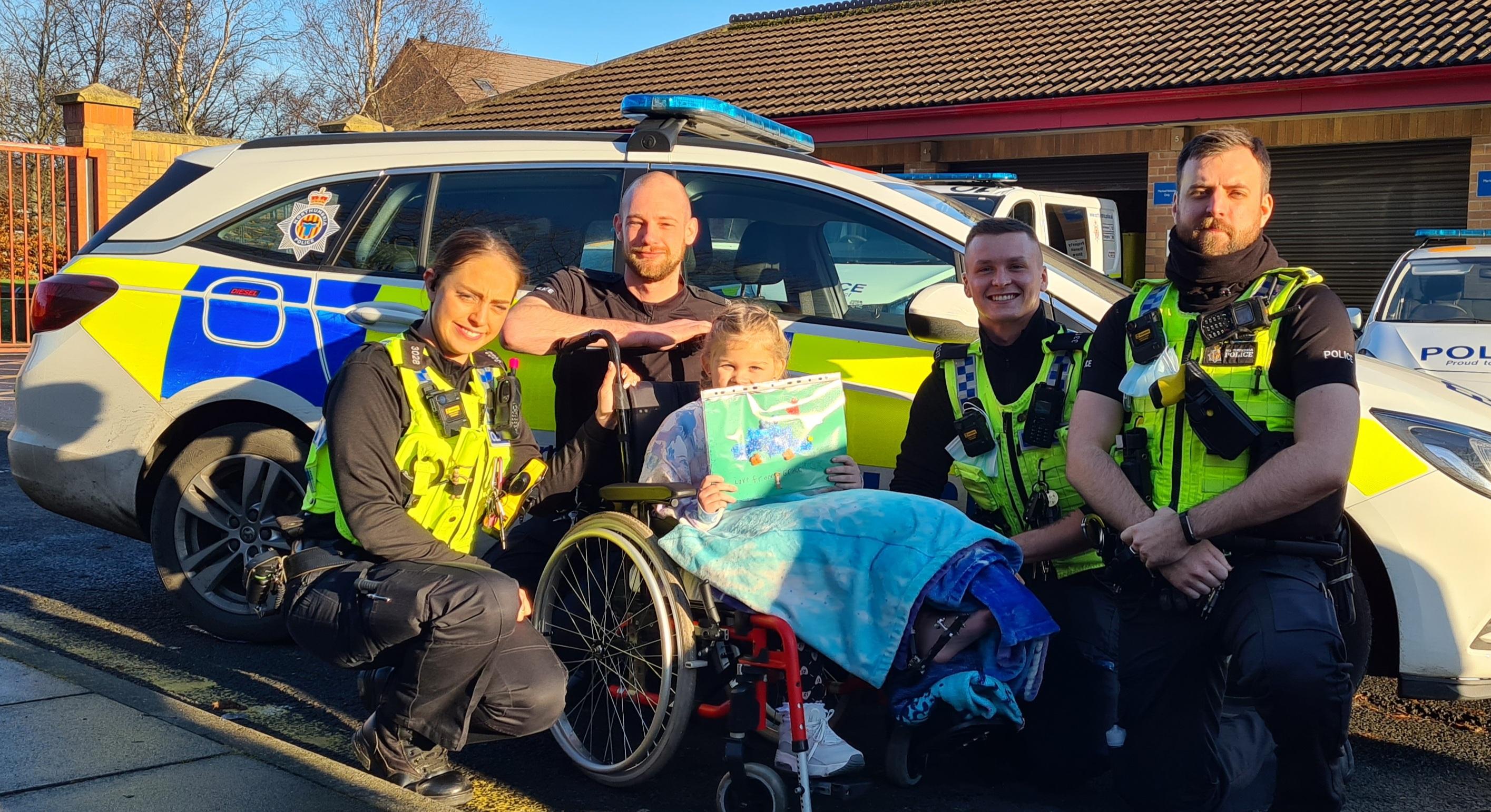 Earlier this year, Gracie Atkinson was involved in a collision with a truck on her way home from school in the Chapelhouse area.

The seven-year-old was left with serious leg injuries, spent 11 weeks in hospital and underwent several major reconstructive surgeries as she learns to walk again.

Now home, Gracie is preparing to celebrate Christmas by spreading as much festive cheer as she possibly can.

And she chose to extend that cheer to Northumbria Police officers who assisted her in the immediate aftermath of the incident by drawing them a thank you picture.

Inspector Jon Commons, one of the officers at the scene, has called her drawing the best gift he’ll receive all year.

He said: “Every officer who supported Gracie and her family that day, and since, has been deeply moved.

“As officers we often find it difficult to leave our work at the door when we go home, and she’s not been far from any of our thoughts in the past few months.

“Words can’t really sum up just how delighted every officer involved in this traumatic incident was to hear Gracie was home and that she’s making wonderful progress as she learns to walk again.”

He added: “Through all the turmoil, challenges and operations, Gracie’s positive and happy nature hasn’t altered, and this lovely little girl felt so thankful towards emergency services that she asked her parents if she could send us a drawing.

“This picture, that we display proudly in our office at Etal Lane, is probably the best Christmas present all officers involved will receive this year.

“Thank you Gracie – your gesture means the world to all of us. We all wish you luck in your recovery and hope you and your family have a magical Christmas.”

Gracie’s mum Josie Blackburn added: “It was lovely for Gracie to meet some of the police officers that helped her immediately after the incident.

“We would like to thank all the emergency services that were involved in looking after Gracie and a huge thank you to the RVI.

“We will be forever grateful for what everyone has done for our little girl and our family.”

Following the incident in September Northumbria Police carried out an investigation, speaking to all parties involved, and were satisfied no further action needed to be taken.