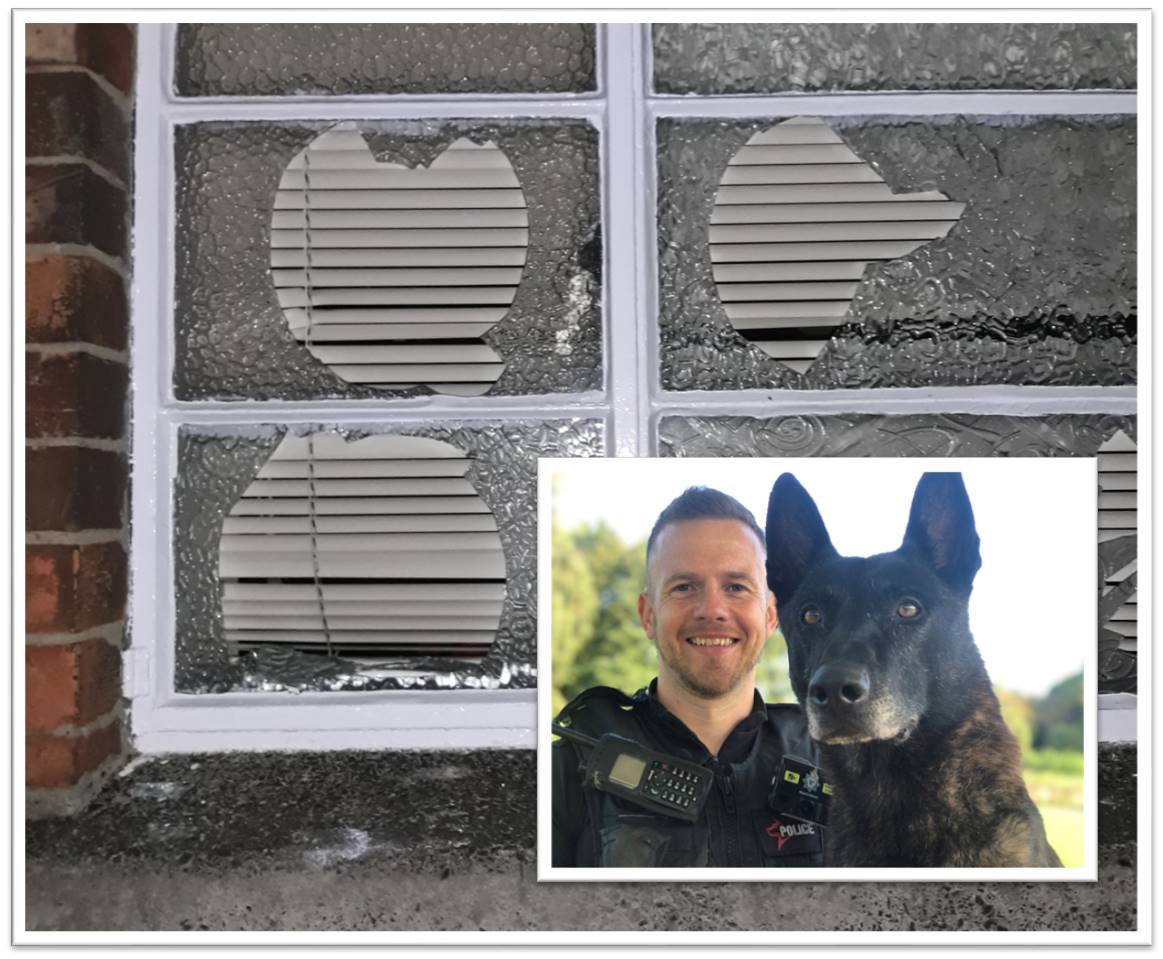 Four teenagers have been arrested on suspicion of smashing the windows of a pub – after they were found hiding in a bush by a police dog.

At about 11pm on Tuesday evening police received a report that suspected burglars had tried to force their way into the Moulders Arms in Birtley.

Officers were immediately deployed to the scene where they found windows had been broken, but nobody had gained entry to the pub.

A group of teenagers believed to be responsible had already fled the scene and so PC Adam Fegan deployed his search dog Max to track them down.

The six-year-old Dutch Herder followed his nose and it was not long before he found two teenage boys cowering in bushes near to Birtley swimming pool.

The boys – aged 16 and 15 – were arrested on suspicion of criminal damage before two 15-year-old girls were stopped nearby and also placed under arrest.

Due to their age, all four suspects were de-arrested at the scene and escorted home. They will be interviewed in relation to the damage in due course.

PC Fegan, of Northumbria Police’s Dog Section, has today (Thursday) praised his loyal K9 for his work in tracking down the suspects.

He said: “This criminal damage had caused hundreds of pounds worth of damage which is the last thing a business owner needs during this pandemic.

“We attended and quickly found blood smeared on the window sill, but nobody had entered the property.

“It was over to PD Max and he did what he is best at, tracking down suspects and making sure they aren’t able to flee the scene.

“Two of the suspects were found with cuts to their hands and they will be interviewed in due course as part of our investigation.

“We will always respond to incidents of this nature and hope this response reassures the business community that we are here to keep your premises safe.”