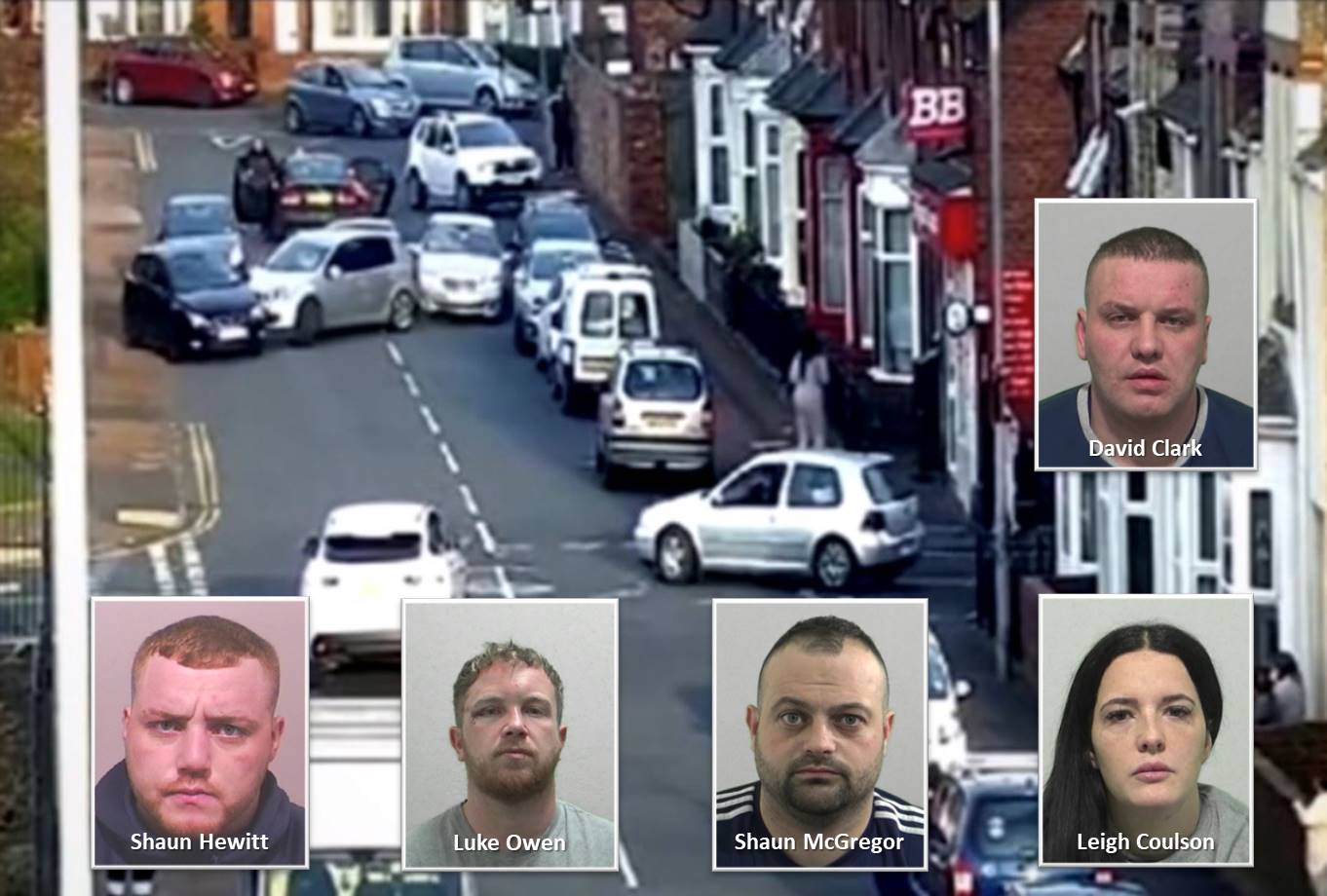 A violent crook who tried to ram his car into a rival before assaulting another man with a machete is set for a significant spell behind bars.

David ‘Porky’ Clark was at the centre of a series of violent offences committed across Southwick on the evening of April 5, 2020.

Clark was behind the wheel of a Mercedes as he and a convoy of cars descended on Ridley Street and deliberately tried to run over a man who was in the road.

As the victim tried to get away in a silver hatchback, Clark and the driver of a Volvo rammed the car and smashed into another parked vehicle – to the horror of families living nearby.

Minutes later, Clark – aided by accomplices Shaun Hewitt, Shaun McGregor and Leigh Coulson - jumped out of a number of cars on Beaumont Street and disarmed Luke Owen who was carrying a machete.

Owen was then savagely assaulted in the street and stabbed with the machete, which left him with serious leg injuries and cuts to his face.

Earlier on the same evening, Clark’s girlfriend Coulson was also seen threatening an occupant on Ridley Street, claiming he would be “burnt to a crisp” and that a car would be driven through his living room.

A vehicle was reversed into the front door of the address and set on fire later that night by unidentified assailants.

On Friday, Clark admitted a string of offences at court and will be one of five gang members facing jail when they appear for sentencing at Newcastle Crown Court in May.

Detective Inspector Andy Richardson, of Northumbria Police, said: “The levels of violence that we saw on our streets on that evening were absolutely appalling.

“It unfolded in a residential area where families were around – and they will have been horrified to see this type of behaviour unfold just yards from their front door.

“Clark was at the centre of the series of incidents, and he should be ashamed by his actions. He is somebody who is well-known to police and has consistently shown a total disregard for the law – and the welfare of others.

“I am pleased that the seriousness of his actions will see him taken off the streets of Sunderland and offers reassurance to the local community.

“We will not tolerate violence in our communities, and will continue to target serious and organised criminality under the banner of Operation Sentinel.

“That includes investigating any offences linked to these offenders and if you have information that could assist those enquiries you can contact us in the knowledge that they face time behind bars.”

Northumbria Police and Crime Commissioner, Kim McGuinness, said: “These crimes are unacceptable and I welcome the news that those responsible could now be put behind bars - Sunderland will be a safer place without them.

“We have to do everything within our power to stop those who inflict terror on others. Fighting these organised crime groups and targeting those behind them is key and Northumbria Police is committed to this. Well done to all involved in bringing these callous offenders to justice.”

Hewitt, 29, of Matterdale, Peterlee; McGregor, 32, of Beechwood Crescent, Sunderland, and Owen, 34, of Beatty Avenue, Sunderland, all previously admitted violent disorder in relation to the fight on Beaumont Street.

All five defendants could be handed custodial sentences when they appear before Newcastle Crown Court for sentencing on May 4.

Any residents in the area who have concerns about criminal activity can speak to neighbourhood officers based at the Salvation Army building in Austin House on Ridley Street.