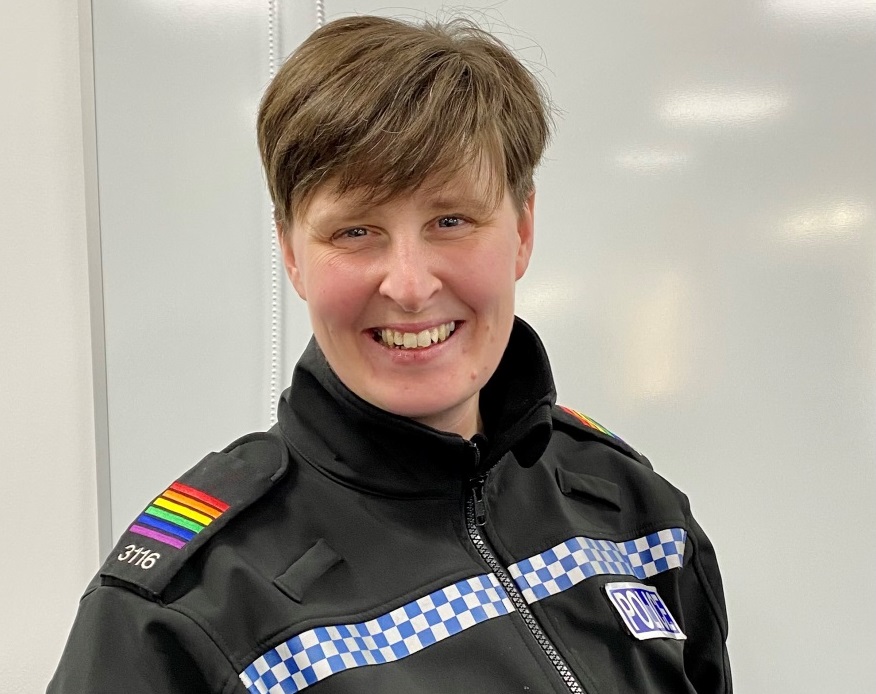 After previously establishing the LGBTQ+ association with a colleague, Amy had found her passion for equality and inclusivity within Northumbria Police and wanted to develop that work and take it forward on a national level.

So when the National Police LGBT+ Network approached her to put herself forward for a co-chair position, she finally felt this is where she could support others from the community and continue to educate and inspire.

She said: “Having grown up when Section 28 was introduced, which forbid councils and schools promoting homosexuality as a pretended family relationship, I remember feeling like I was alone and discouraged from being myself.

“Now I’m in a great relationship and I have the inclusion and support from other areas of my life. However, I feel a responsibility to be a voice for those still going through tough times and to help implement change and equality for all so no one has to hide who they are.

“The Network is full of representation from within the LGBTQ+ community, including gay, lesbian, lesbian, bisexual, pansexual and transgender filled positions. It is important we have that diversity within the Network to better represent the communities we serve.

“As part of my new role I’ll be working to develop support around domestic abuse in the LGBTQ+ community and the influencing factors as well as confidence in police from the community and how to improve this. We’ll be introducing the first National LGBTQ+ Domestic Violence Awareness Day on May 28.”

The role, which Amy started in December last year, is voluntary and Amy carries out her work alongside her policing duties, currently working within Northumbria Police’s Force Co-ordination Centre helping support officers and staff during the covid pandemic.

She said: “Northumbria Police prides itself on being a learning organisation – educating staff to make sure we continue to do and be better. We acknowledge our blind spots and look to improve ourselves, not shy away from change.

“Through our associations at work, including LGBTQ+, ethnic minority and disability associations, we celebrate our differences and highlight how it makes us stronger as a police force.

“We’re constantly evolving so we can continue to be an inclusive police force for all, so we can then take that support and understanding to the communities we serve – all of them.”

We all wish PC Tapping luck in her new role as Co-chair of the National Police LGBT Network.