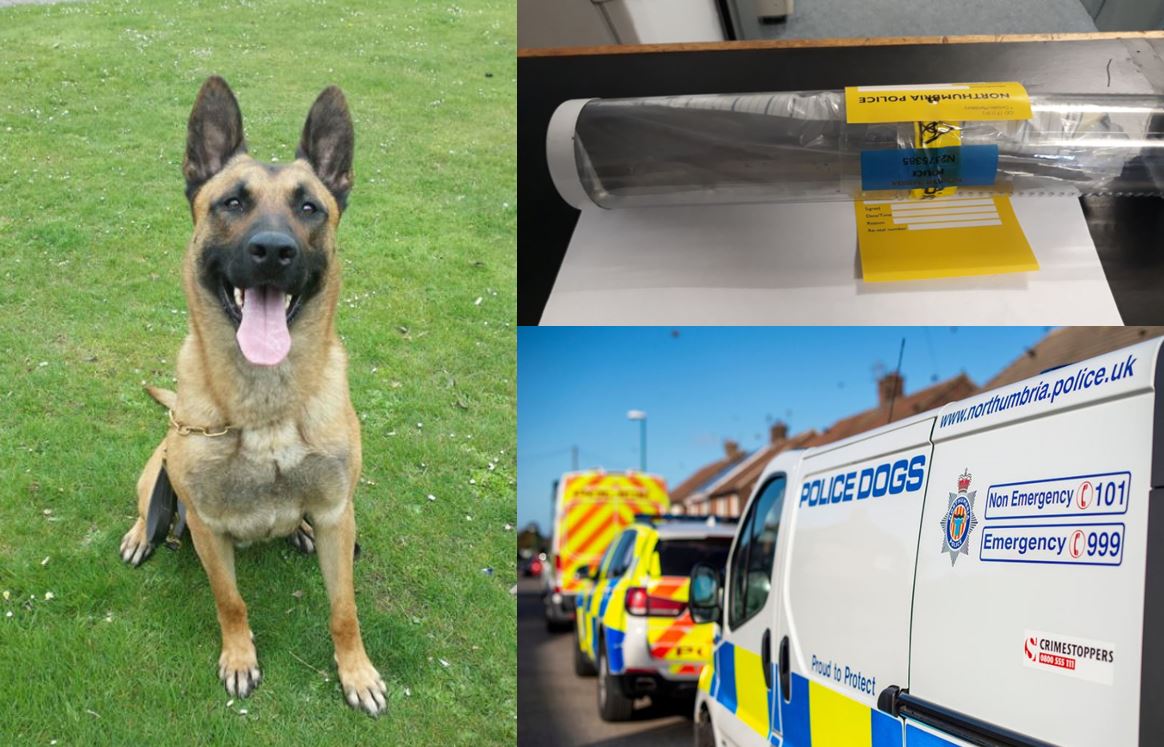 A heroic police dog has been showered with treats after helping officers to track a suspected knifeman – and the meat cleaver that was wielded.

Shortly after 6.30pm yesterday (Tuesday) officers were called to the Silkworth area of Sunderland following a report that a male was in possession of a bladed weapon.

It was reported that the man had used the cleaver to attack a stationary car which had two females inside, before continuing the attack on the front door of a house.

Officers were swiftly deployed to the scene, and upon attending, a search was immediately carried out of the vicinity in a bid to locate the man.

PD Seth was on hand to offer his assistance – and it was a matter of minutes before the Belgian Mallinois had followed a trail and led police straight to the discarded weapon on a country track .

With the cleaver safely seized, officers with the assistance of the National Police Air Service (NPAS) were able to track a man’s movements in nearby woodland.

A 28-year-old man was subsequently arrested on suspicion of affray and remains in police custody at this time.

Detective Sergeant Emma Martin, of Northumbria Police, said: “Incidents such as this can cause inevitable concern within the community, so I am delighted that a suspect was detained and the suspected weapon seized so quickly.

“Nobody was injured as a result of this incident but this is something we're taking seriously and must have been terrifying for the victims.

“After the initial report came in to us, what followed was some excellent police work between a number of officers – as well as the assistance of our brilliant Dog Section and NPAS.

“We are continuing to carry out a number of enquiries into the circumstances surrounding the disturbance and will continue to speak to a man in connection with the incident today.

“I’d like to thank members of the public for their support and cooperation during this incident, as well as our officers, staff and of course PD Seth who all played their part in bringing this to a swift and peaceful conclusion.”

If you see anything suspicious in your community, always report it via the ‘Tell Us Something’ page of our website or by calling 101.

In an emergency or if a crime is happening, ring 999.