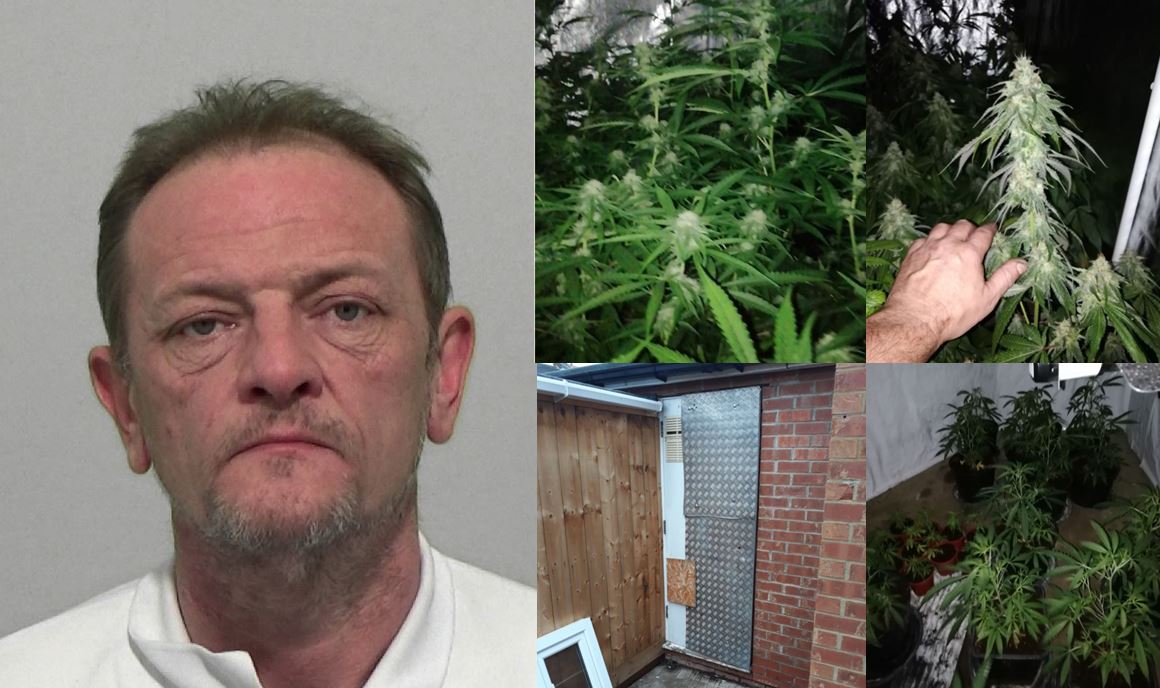 'You've caught us - bang to rights': Drug dealer's frank admission to police after his £69,000 drugs operation came crashing down

That was a drug dealer’s frank admission to police after his £69,000 drugs operation came crashing down.

Mark Stevens grew and sold thousands of pounds worth of cannabis from his Sunderland home over a four-month period.

Officers were called to the 46-year-old’s address on Thomas Street South in December 2019 after an energy supplier raised suspicions about the use of electricity inside the property.

When police searched the house, they found more than 60 cannabis plants in various stages of growth, with the electricity having been by-passed.

After he was placed under arrest, Stevens brazenly admitted his guilt – telling officers he was “bang to rights” over the discovery.

However, further enquiries led police to learn there had been two previous harvests of the cannabis farm in both July and November 2019.

Stevens initially refuted the suggestion, but with the weight of evidence against him overwhelming, he went on to admit he was also behind the previous yields - with the operation having an estimated combined value of up to £69,000.

The cannabis dealer had also racked up more than £1,300 worth of unpaid bills and damages to the meter after by-passing the property’s electricity.

On Monday (January 4), Stevens, of Thomas Street South, Ryhope, admitted three counts of producing a Class B drug and a further count of abstracting electricity when he appeared at Newcastle Crown Court.

Detective Sergeant Chris Raper-Smith, who oversaw the investigation, said: “This was a substantial drugs operation worth tens of thousands of pounds that was being run in the very heart of our community.

“Not only was this an illicit farm, but with the electricity having been bypassed, it also posed a significant fire risk that could have led to devastating and potentially fatal consequences for anyone inside or families living in neighbouring properties.

“Nobody wants to live next to a potential death trap, and that’s why it’s absolutely imperative that these sophisticated drug farms are identified, located and swiftly dismantled.

“Stevens admitted the initial discovery but it was only when we acted on further intelligence and brought more evidence to light that he accepted the significant scale of this operation.

“These drugs often end up in the hands of the most vulnerable in our communities, which then can have a further effect when users turn to crime to feed their addiction.

“We make no apology for our robust approach towards drug-related criminality, and under the banner of Operation Sentinel, we will continue to ensure those who run illicit operations such as this are convicted and ultimately brought to justice.”

On Monday (January 4) a judge handed Stevens a two-year sentence suspended for two years, as well as 210 hours of unpaid work