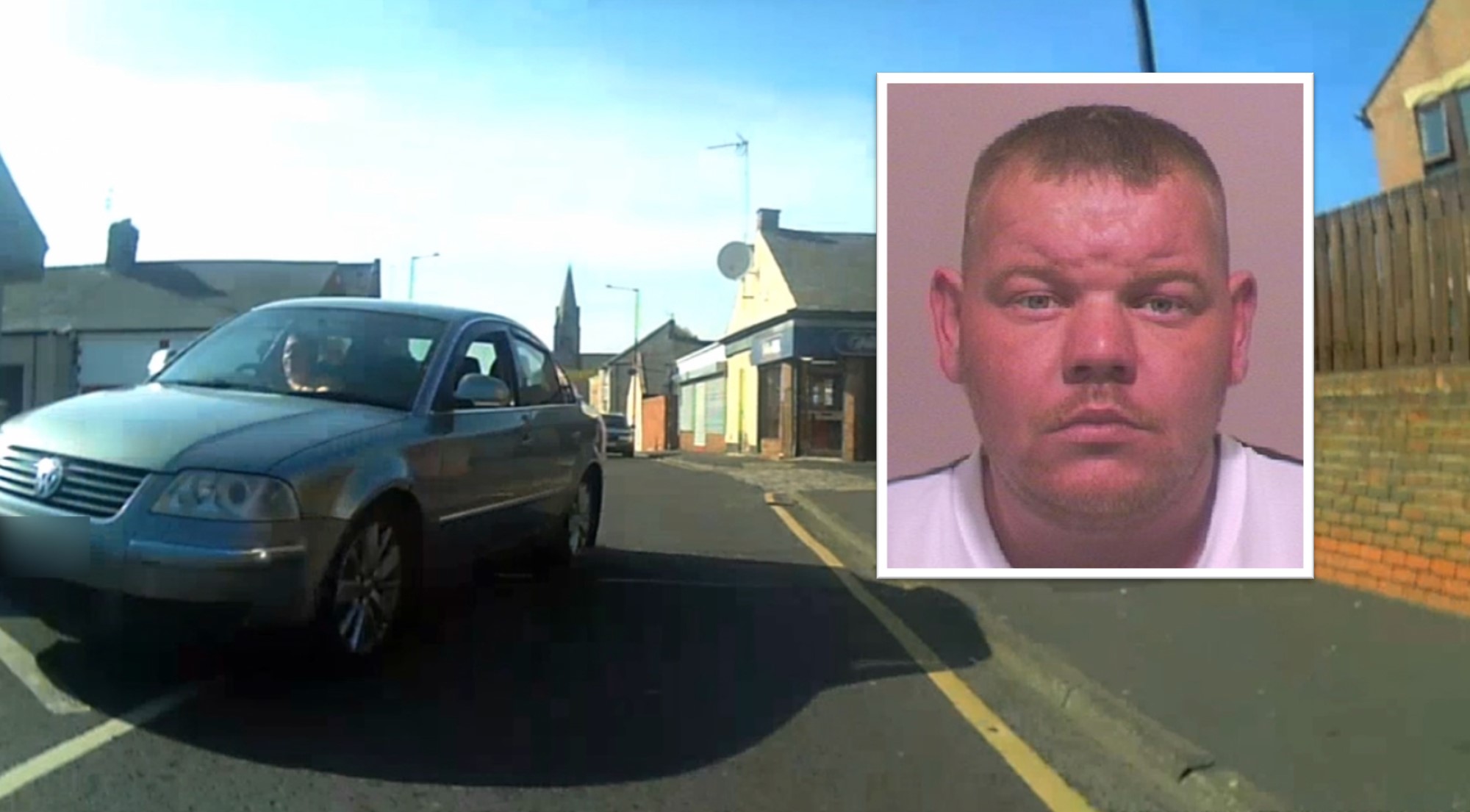 A dangerous driver who narrowly missed a cyclist and lied about being behind the wheel has been jailed - after officers recognised him on the rider’s head cam footage.

Kyle Walsh is today behind bars despite trying to evade justice when he was identified performing the dangerous manoeuvres in the Hendon area of Sunderland in 2019.

A court was told how a cyclist was travelling on Suffolk Street on April 19 when he a VW Passat flew past him at high speed on the wrong side of the road.

He continued on his journey and when he reviewed his rear-view head-cam he saw the vehicle weaving between cars at high speed and narrowly avoiding a collision.

The 38-year-old cyclist submitted the footage to police who quickly launched an investigation and identified Walsh as being one of the named drivers on its insurance policy.

A fixed penalty notice was sent to the 33-year-old in the post but he returned the form claiming one of his associates was behind the wheel.

But when officers made enquiries with the person named as being the driver they found he couldn’t have been responsible – as he was on remand in prison at the time.

They reviewed the footage and were able to identify Walsh as being the person behind the wheel and so he was interviewed under caution.

He was later charged with dangerous driving and perverting the course of justice. On Monday (July 19) he was jailed for six months at Newcastle Crown Court.

He said: “This footage speaks for itself. The driving on display was appalling and it is by luck, not judgement, that nobody was injured.

“Walsh was travelling at high speeds and into oncoming traffic on what was a minor road in an area where there is a high number of pedestrians.

“But when he was reported for his offences he refused to take responsibility and tried to squirm his way out of a criminal prosecution.

“Ultimately his lies have seen him put behind bars and that would not have been possible without the cyclist in this case submitting his head-cam footage.

“His vigilance has taken a dangerous driver off the roads and, if that driver had not been stopped, then it could have been a matter of time before someone was seriously injured or killed.

“If you have a head-cam or dash-cam, and capture dangerous or reckless driving, then please send that footage to us. This case shows we will take action.”

Walsh, of Cairo Street, Hendon, was also handed a 12-month driving ban that will begin on his release from custody.

Anyone who wants to send footage to police can upload it directly through the dash-cam portal on the Northumbria Police website.