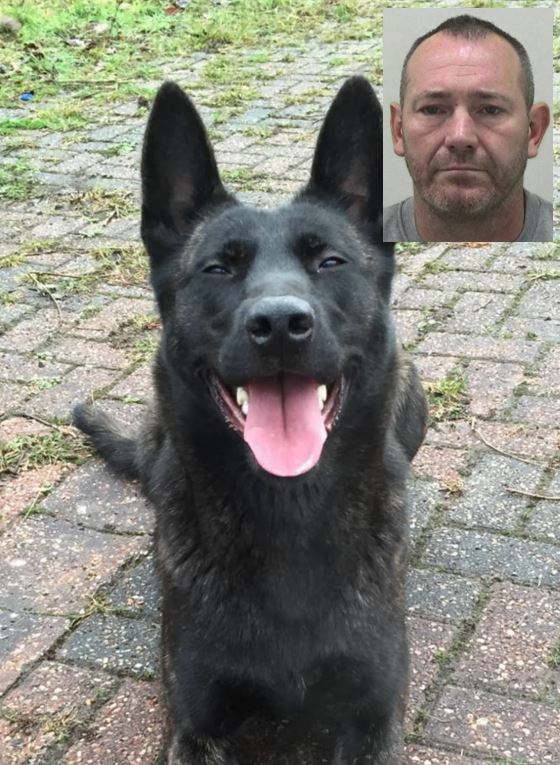 A thug has been convicted after violently attacking a man and a woman - before ramming a police car in his desperate bid for freedom.

Ian Hood has been brought to justice by a team of determined detectives following his one-man rampage on June 22 last year.

Hood, 45, viciously assaulted his victims inside an address in Gateshead.

His female victim managed to flee the address and ran to a near-by shop for help where 999 was dialled.

She was taken to hospital and able to alert officers to the second victim. They attended the Gateshead address and provided lifesaving first aid to the male victim before he was also taken to hospital.

Hood had already left the property, making off in a Ford Focus, travelling at twice the legal limit through residential areas.

When tracked by officers, Hood proceeded to deliberately ram into a police car before again driving off at speed. He went on to crash his car after driving on the wrong side of the A195 carriageway.

But his attempts to evade arrest on foot were thwarted as the Force’s Dog Section stepped in, with Police Dog Raven picking up a scent and leading officers to Hood who was hiding in a bush.

Hood, of Northbourne Street, Gateshead, was subsequently placed in handcuffs.

On Monday (November 22), he pleaded guilty to assault occasioning actual bodily harm, causing grievous bodily harm with intent, dangerous driving, driving whilst disqualified, no insurance use, failing to provide a specimen and perverting the course of justice.

He was remanded in custody until he is due to be sentenced on February 17 next year.

Inspector Ben McIntosh of Northumbria Police said: “Hood’s appalling actions resulted in two people being taken to hospital with multiple injuries – it must have been absolutely terrifying for them.

“He also put lives in danger on our roads in his bid to evade arrest, and only stopped when he lost control of his vehicle.

“This conviction has been 18 months in the making and it was a fantastic team effort to ensure effective justice has been served. I would like to thank everybody – from those who first attended the scene to our brilliant Dog Section, and all the detectives and officers who have played their part in pulling together a compelling prosecution case.

“Hood has proven himself to be a danger to society and now must deal with the consequences of his actions.”