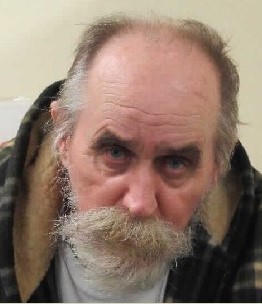 "Don't suffer in silence the way I did" A brave victim who was subjected to a campaign of sexual abuse as a schoolgirl has urged others to come forward.

"Don't suffer in silence the way I did"

A brave victim who was subjected to a campaign of sexual abuse as a schoolgirl has urged others to come forward.

John Peterson began abusing his victim, when she was just five years-old - raping her and sexually assaulting her.

Traumatised and too frightened to report him to police, the victim suffered in silence until she found the courage to speak out in 2018, and an investigation was launched by Northumbria Police's Safeguarding unit.

Officers soon arrested the 67-year-old and subsequently charged him with rape.

Making a plea to other victims to speak out against their abusers, the victim, who cannot be named for legal reasons, said: "Knowing John can never hurt anyone again is a big step forward for me to heal and move on with my life and I hope it gives someone else the courage to speak out.

"John Peterson destroyed my childhood. I was terrified and felt so alone. I could not tell anyone. I felt dirty and that I had done something bad and I was being punished for it.

"I realise now that he was bad, not me, and now he is being punished for what he's done.

"Finally speaking out was hard but I have been fully supported from day one and it was the best thing I could have done."

Detective Sergeant David Garrity, who led the investigation, has praised the bravery of the victim and hopes it can help give her some closure.

Det Sgt Garrity said: "I know the victim was nervous and reluctant to report at first but has been so incredibly brave and it is with absolute credit to her and the courage she has shown to speak out that this dangerous man is now behind bars.

"No one should have their childhood taken from them in this way and the victim has suffered greatly from such a young age because of the despicable actions of Peterson.

"I hope she can move on with her life knowing she has made a difference.

"I would urge anyone who has been a victim of any form of abuse to speak out. We are here to help."

Peterson, of The Bungalows, Birtley, pleaded guilty to one count of rape and was sentenced to 10 years and 10 months at Newcastle Crown Court on Friday, August 27. He was also handed an indefinite Sexual Harm Prevention Order, which will place restrictions on him on his release from prison and will also have to sign the Sex Offenders' Register for life.

Anyone who has been a victim of abuse or has concerns for someone is urged to report it online via the Tell Us Something page on the Northumbria Police website or contact 101.

There is also support, advice and links to third-party agencies available on the website.