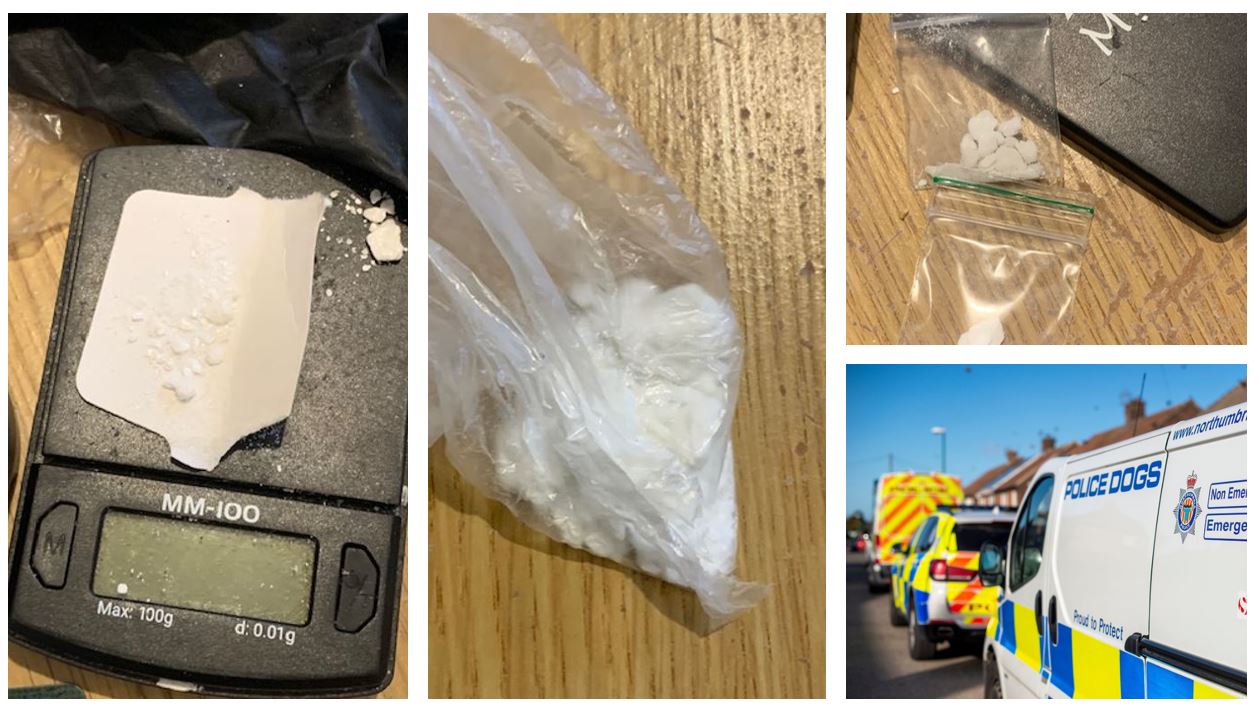 Drug-busting officers have stopped bundles of crack cocaine from reaching the streets of Northumbria – after a wanted fugitive was found with £2,000 of cash.

Shortly after 11am yesterday (Monday), police received intelligence that a male who had been evading arrest in connection with an assault had been seen on Derby Terrace in South Shields.

Response officers were immediately deployed to the scene, and within minutes, they had the 27-year-old suspect in handcuffs.

Upon searching a nearby property associated to the suspect, officers found a bag that contained a huge haul of cash.

Officers from the Southern Neighbourhood Support Team (NST) were then called in to search a second address linked to the male on Brabourne Street in the town. Inside, they located a man and a woman who appeared to be bagging up various quantities of suspected crack cocaine.

A 25-year-old man and a 45-year-old woman were both arrested on suspicion of possession of a Class A drug with intent to supply and brought into custody.

An investigation is ongoing with all three suspects interviewed by officers.

Sergeant Greg Johnson, of Northumbria Police’s Southern NST, said: “This was a fantastic piece of work that has resulted in a large quantity of suspected crack cocaine being stopped from reaching the most vulnerable in our communities.

“It was a case of good old-fashioned policing after officers were notified about the possible movements of a wanted suspect – and upon arresting him, they found a large amount of cash in a bag.

“Following this arrest, we searched a further address and were able to seize a significant amount of Class A drugs along with various mobile phones and other equipment believed to be linked to drug supply in the area.

“These seizures will be crucial evidence in the ongoing crackdown against serious and organised crime, under the banner of Operation Sentinel.

“I would like to thank all those involved, and would encourage anybody who believes they have any information about drug-related criminality in their community to get in touch with us.”

The 27-year-old man arrested on suspicion of assault has been released on police bail, while the two suspects detained inside the Brabourne Street address remain under investigation.

Anyone who has information about criminality in their area is asked to contact police via the ‘Tell Us Something’ page of our website or by calling 101. Alternatively you can pass on information via independent charity Crimestoppers anonymously on 0800 555 111.