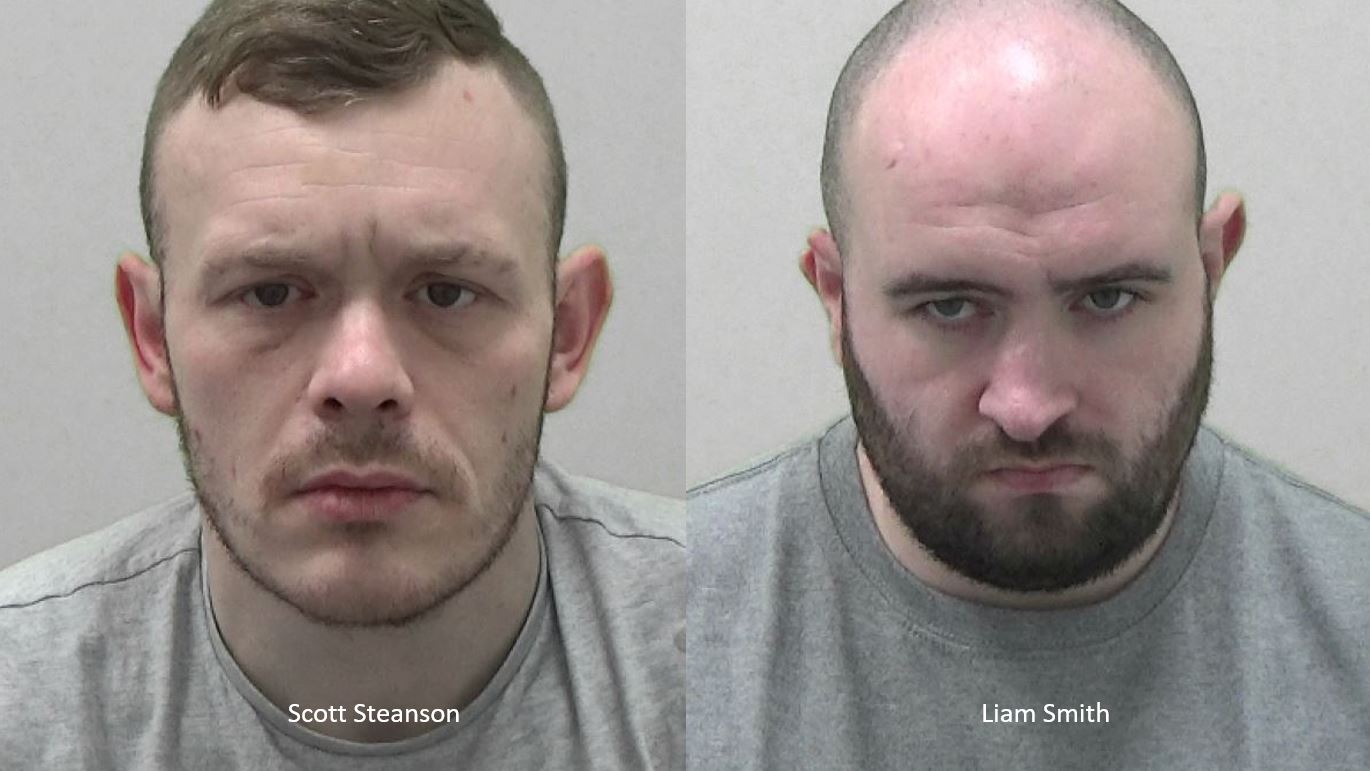 A heartless bully is behind bars after blackmailing his vulnerable neighbour and threatening to hurt him unless he handed over his savings.

On one occasion, Steanson and accomplice Liam Smith savagely attacked the man, punching him in the face and biting his ear, before ordering him to withdraw cash.

Fearing of the repercussions, the victim – a male in his 50s – kept quiet about his ordeal until a concerned friend noticed his injuries in January this year and asked what was wrong.

An investigation was launched and earlier this year Steanson, 33, admitted eight counts of blackmail and one of assault at Newcastle Crown Court.

Smith, 28, pleaded guilty to one count of assault.

On Monday (September 13), Steanson was jailed for four years and 10 months, while Smith received a 15-month custodial term.

Detective Constable Mark Turnbull, who led the investigation, said: “Both defendants should be ashamed of themselves and deserve to be behind bars.

“Steanson's prolonged and persistent targeting of a vulnerable neighbour over the space of 12 months is hard to fathom. His actions have been nothing short of abhorrent.

“He bullied his victim and believed he would be too scared to report it, due to his threats of violence.

“As a Force, protecting the most vulnerable in our communities is our upmost priority and nobody should be targeted like this in their own home.

“As soon as we were made aware, we launched a full investigation and I am pleased that Steanson and Smith have both been put behind bars for their crimes.

“I would like to thank the victim in this case for his outstanding bravery, as well as the key witnesses who came forward and helped secure this positive outcome.

“They should all be proud of the role they played in helping to bring effective justice against these two thugs, and I hope this offers the victim some closure.”

Det Con Turnbull added: "Over the last 18 months, we have seen some amazing acts of kindness and community spirit in the North East.

"Please continue to look out for those in your community – and in turn, we will continue to take robust action against the minority who target others for purely selfish means.”

Steanson and Smith, both of Gateshead, now begin a custodial term.