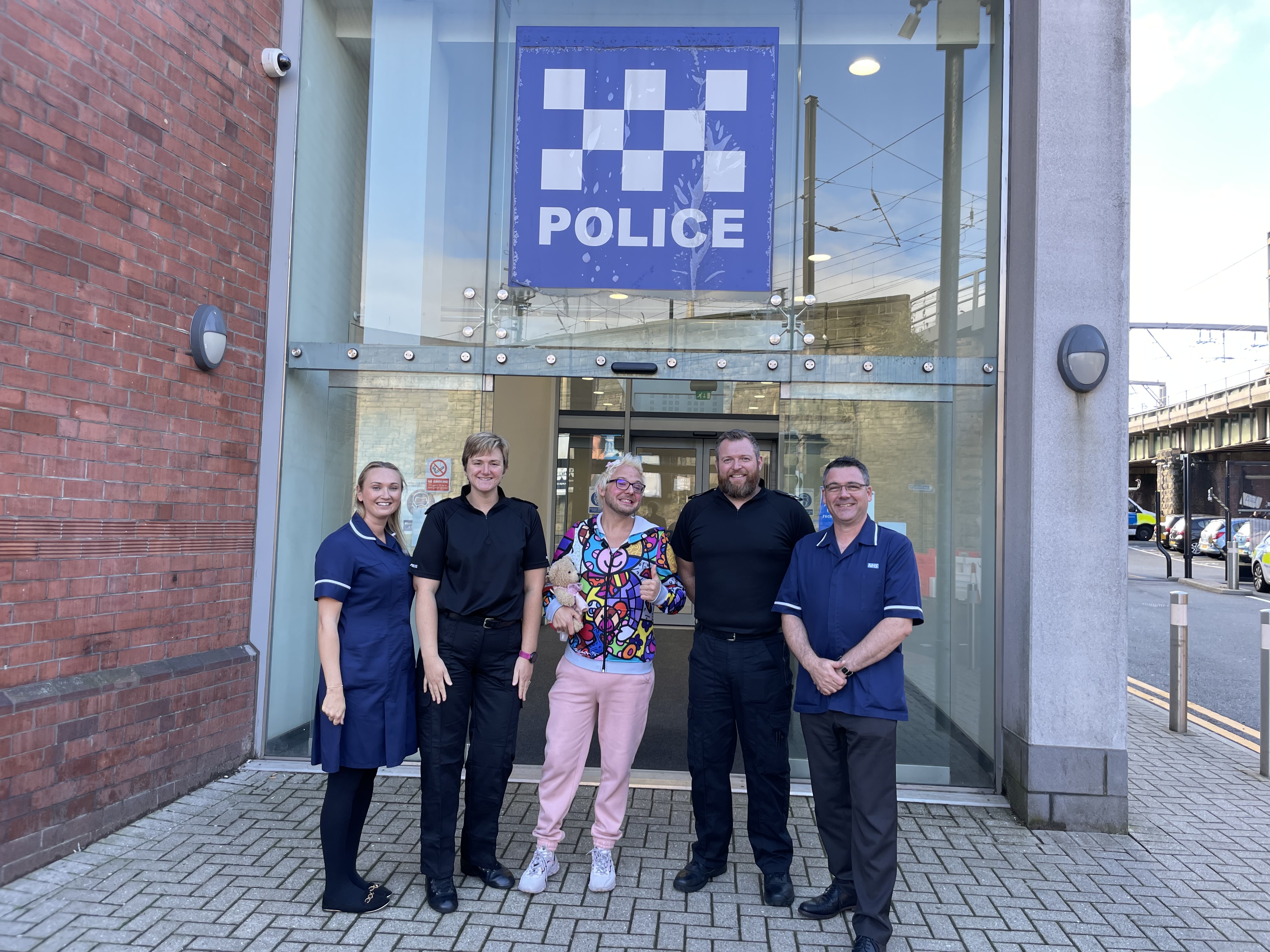 Police officers in the region are helping to better support people with autism who come into police custody.

Custody officers and staff have been working together with specialists from Cumbria, Northumberland, Tyne and Wear NHS Foundation Trust (CNTW) and those who are experts by experience to provide better support to people with autism who come into contact with the criminal justice system.

People living with Autism Spectrum Disorder (ASD) can often find it difficult when faced with situations they are not familiar with and can become overwhelmed by sensory issues.

In order to better understand how being in custody can impact those with autism, police and CNTW enlisted the help of Richie Smith, who set up local Community Interest Company, Awesometistic, after being diagnosed with autism.

Richie played the role of someone being brought into custody with autism as part of an arrest simulation to get a real idea of what issues people might encounter when coming into custody.

These simulations covered the full experience of being arrested, going into the holding cells and an interview scenario.

Richie said: "Putting myself through these simulated arrests has been hard, and caused some small meltdowns but has been totally worth it.

"Autism doesn’t have a look and making this small change, to ask everyone the same question will change the life for all autistic people going into custody.

"The small changes being made as a result of my feedback will lead to a big improvements in the experiences autistic people will have in custody. Thank you to the teams at CNTW and Northumbria Police for working with me to make a change."

Northumbria Police Sergeant Helen Davison said: “Our priority is to ensure the safety and wellbeing of everyone who comes into police custody or contact.

"It is important we do learn from people who have lived-experiences to help us improve our custody processes and provisions.

"Quite often people coming into custody are at their lowest ebb and it can be a difficult experience, especially for those with autism.

"By working together with Richie and the team at CNTW, it has enabled us to understand the custody process very clearly through the eyes of someone with autism and identify where we could better support them.

"For example, officers arresting someone might ask them, ‘have you had a drink today?’ But some people, including those with autism, might take this very literally and not realise we are asking about alcohol specifically, not just any drink. So now officers will instead ask, ‘have you had any alcohol today?’

"These changes might seem small, but they help make things clearer for everyone and it is vital that we get all the information we need when bringing someone into custody."

She added: “Richie also explained to us that while officers were completing his risk assessment, he’d stopped listening because of everything else going on in the room – different smells, reflected lights, other people touching his property.

"That was very useful feedback for us, because when we conduct a risk assessment, it’s really important that the person understands what we are asking and can answer fully and accurately."

And now, as part of the comprehensive risk assessment carried out when people are brought into custody, officers include the question ‘do you have autism/are you autistic?’ so custody staff  can routinely contact the Criminal Justice Liaison and Diversion team at CNTW to provide more specialist support for those who need it.

Amii Soulsby, Criminal Justice Liaison and Diversion Clinical Lead at CNTW, said: "Working alongside people with lived experience in this way is the most effective approach to identify areas of good practice and look to develop services further.”

Michael Blakey, Criminal Justice Liaison and Diversion Team Manager, added: “We are excited to be working with Richie and Northumbria Police to bring about changes to meet the unique needs of people with autism in the criminal justice system."