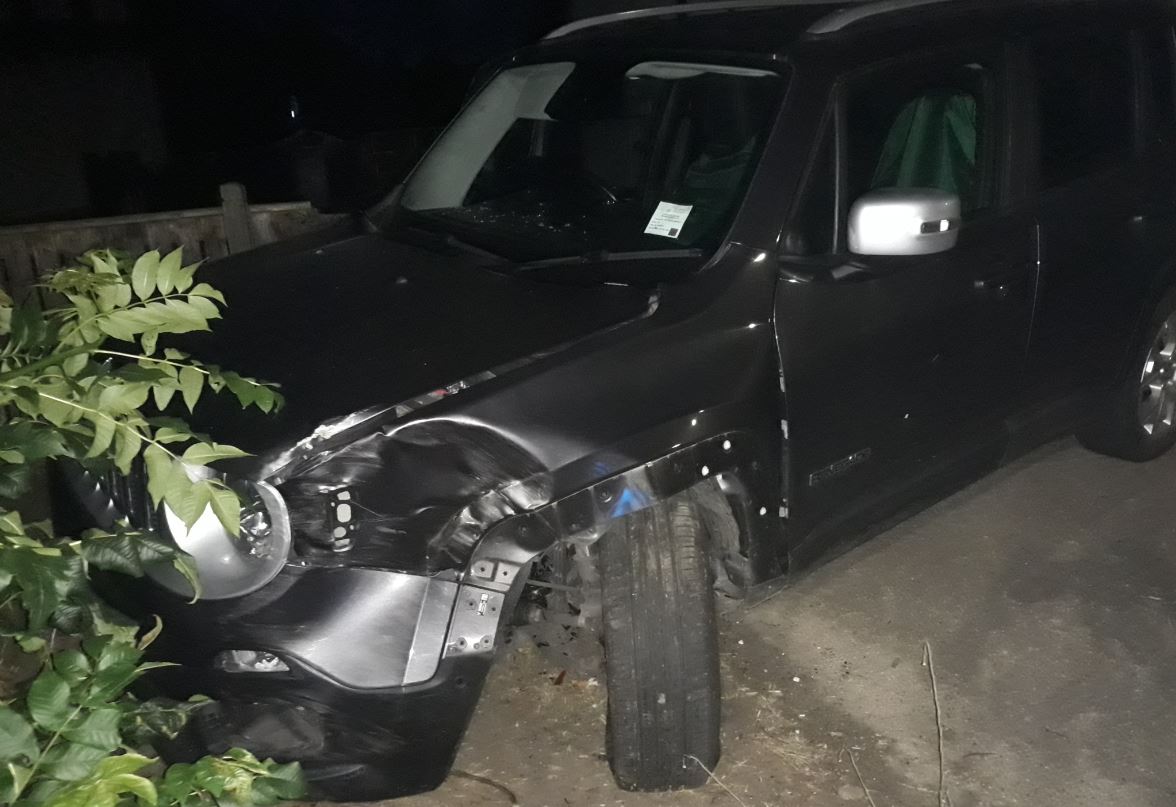 Heroic neighbours have been hailed for helping detain a wanted fugitive after a stolen car was smashed into a garden fence.

Officers were called to the Fordham Road area of Sunderland just before 10pm yesterday (Monday) after a dark-coloured Jeep had ploughed into lamppost and front garden.

The driver gingerly got out of the £15,000 car and is alleged to have tried to leave the scene, but by that point neighbours had heard the commotion and poured out into the street.

While waiting for police, the residents detained a suspect to stop him from making off – which resulted in the man assaulting one of the neighbours by violently stamping on his foot.

Within minutes, response officers were at the scene and placed a 51-year-old man in handcuffs and it transpired that the crumpled vehicle had been stolen earlier that night.

Thankful officers took the suspect – who was marked as wanted in connection with two other burglaries – into police custody for questioning.

Today (Tuesday) police have heaped praise on the neighbours for their actions in the immediate aftermath of the collision.

“After hearing the loud bang outside their home as the Jeep hit the lamppost and fence, they were quickly on the scene to check the driver was OK.

“He was – but it soon appeared that the suspect was at risk of fleeing the scene, so they stepped in to make sure that didn’t happen until our officers had arrived.

“Unfortunately the suspect did not appear to take this act of community spirit too well, and is alleged to have then assaulted one of the neighbours who was left with substantial injuries to his foot.

“While we would never actively encourage people to put themselves in harm’s way, all those involved deserve huge credit for working together and keeping the suspect at the scene.

“I would like to thank everybody for their help, and by working together, we will continue to take swift and robust action against those who bring misery to our communities.”

The man arrested remains in police custody at this time. An investigation is ongoing.

Anyone with information about the incident is asked to contact police via the ‘Tell Us Something’ page of our website or by calling 101 quoting log NP-20210719-1056.