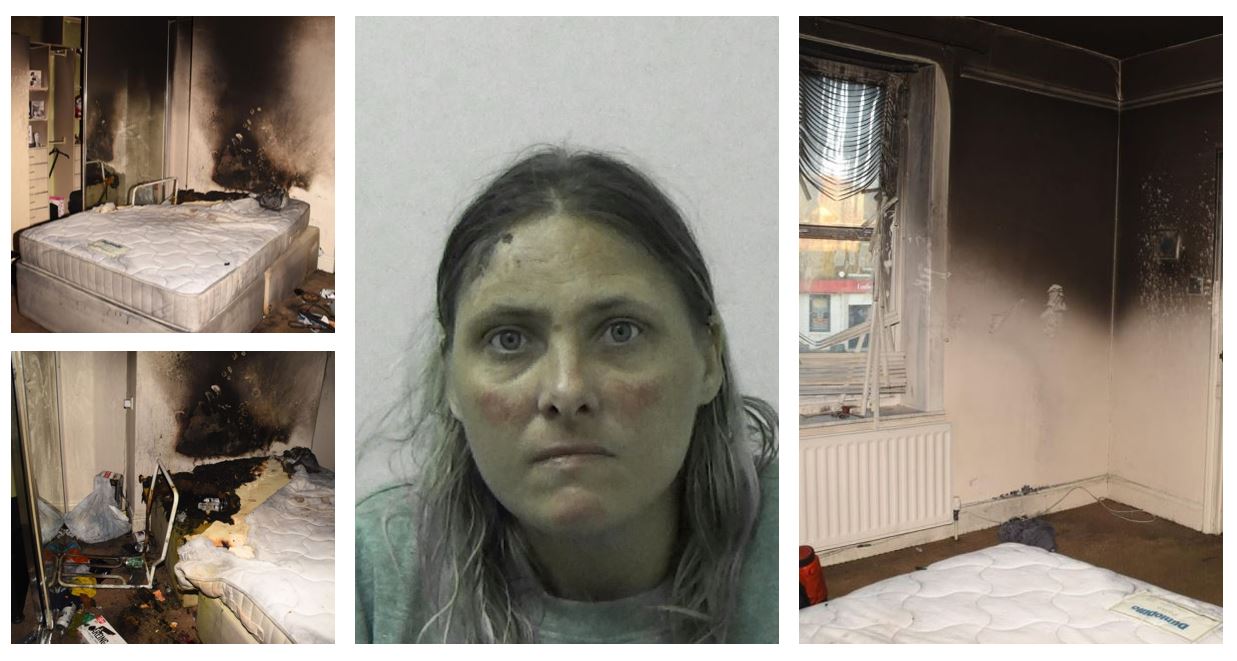 Two heroic neighbours have been praised by police after risking their lives to save a mum who had deliberately set her own home on fire.

Kerry McCrudden torched her Wrekenton house on the afternoon of May 30 this year, causing more than £15,000 of damage.

With smoke billowing out of the property, two Good Samaritans banged at the door before darting upstairs and finding McCrudden sat in her bedroom engulfed by flames.

The men selflessly carried her to safety – but it soon transpired that 38-year-old McCrudden had started the blaze herself. A fire report concluded it was most likely caused deliberately by a naked flame and a flammable liquid poured over a mattress.

Yesterday (Monday) McCrudden, of Ravensworth Villas, Gateshead, was jailed for three years after being convicted of arson being reckless as to whether life was endangered.

McCrudden pleaded guilty on the basis that she had been under the influence of alcohol so could not recall what happened and had been taking strong painkillers after recently getting out of hospital.

Detective Constable Abbie Young, of Northumbria Police, praised the bravery of her rescuers and said the incident was “entirely avoidable”.

She said: “Kerry McCrudden not only put her own life in danger when she started the fire in her bedroom, but also the lives of those who ran into the address in a bid to rescue her.

“Those brave Good Samaritans should be applauded for their life-saving actions – and I would like to sincerely thank them for their intervention.

“However, this entire incident was entirely avoidable given that McCrudden knowingly and willingly lit the flame. She now must deal with the consequences of her actions. “I would like to thank everyone involved in this response, including our colleagues at the fire service who played a key role in supporting this prosecution.”

He said “Our fire investigators are extremely highly trained and highly skilled and should be incredibly proud of the work they do.

“They work incredibly hard and in very close proximity to our partners in Northumbria Police to help bring people to justice for their reckless actions.

“This defendant was lucky that the two passers-by entered the property - who knows what could have happened if she hadn’t been saved.

“I am really proud of their intervention, and the work of our fire investigators, and we hope it reassures our communities that we will always be here to keep you safe.”